Watching the Congress of Vienna Sausage Get Made 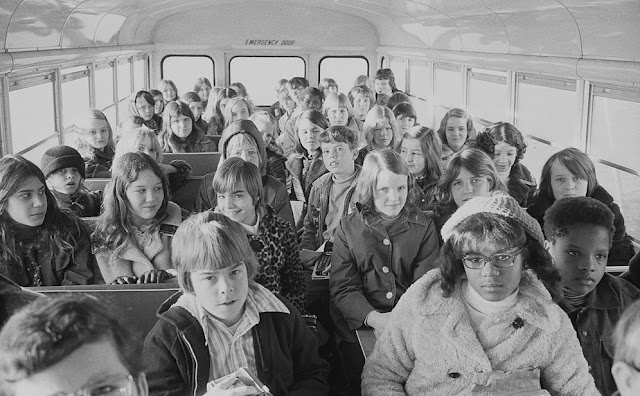 When I was a kid, we lived in a neighborhood.

Well, I thought it was a neighborhood. That term has fallen out of favor with the nattering nabobs of negativity. They heap scorn on developments now. They reserve the word neighborhood for where they live. Their neighborhoods are defined by constantly shifting imaginary lines in a featureless desert of concrete spangled with chewing gum and crime. It was a lot simpler for us back in the day. If you weren't in the woods, you were in the neighborhood.

I had deer under my window from time to time, instead of a dumpster, morning, noon, and night, but the world has spoken. They aver that I was raised in a exurban hellscape, a cultureless wasteland, and I'd identify myself as a troglodyte to say otherwise.

It seemed like the whole wide world to me, that little warren of splits and capes. In a way, it was. At first, there were only a couple dozen houses. After a while, they punched through the curb cuts and added several more neighborhoods, er, developments. It got so a kid couldn't play street hockey without having to drag the net to the curb every ten minutes to let a car pass.

It was a polyglot place, no matter what you've heard from people who live in concrete dovecotes and write for the Gnew Yourk Toimes. In our neighborhood, Irishmen lived right next door to Englishmen. One side skipped car bombing his neighbor, his counterpart  eschewed channeling the Earl of Essex. There was a French family right next door, too. I can picture their little doe-eyed girl named Suzanne, still, forever frozen in my mind's amber, immortal and fey and unchanging.Unlike on the continent, they required only a privet hedge instead of a foggy channel to keep from falling on each other with misericordes and getting busy.

There were Germans living next to Poles. The crabgrass invaded the neighbor's yard looking for lebensraum, but that was about it. There were Scots living next to people I thought were sorta German, but were really Swiss, I think. If they didn't care enough to explain to me what they were, why should I bother to figure it out?

The whole town was lousy with Italians. Italian is a funny word to an Italian. A lot of Eyetalians got unshod of the boot with firsthand memories of the Risorgimento. It wasn't smart to assume they were all the same. A Calabrian had no use for an Abrusseze; a Venetian had no use for a Neapolitan. No one had any use for Sicilians, and still don't.

A block away from me, a Lebanese dad pulled his Ford into his carport, waved to a French-Canadian family on one side, a Portuguese guy on the other, and a neighbor with a name out of Charles Dickens across the street. The Lebanese family had a girl that broke several thousand hearts, no doubt, besides mine, without uttering a sound. She had eyes like dishes of used motor oil, skin like two days at the beach, and a head of hair like a mink.

My school was topped off with Armenians, with a couple of Jewish kids thrown in. They seemed about as exotic as a pothole. Though we lived in New England, we had truck with real live rednecks, too. I remember Calvin, fresh from below the Waffle House-IHOP line, slouching in class and drawling like a goober. I'll say he sounded like a goober now. No one said he sounded like a goober back then, at least out loud, because Calvin was six-two in eighth grade, and he shaved.

There were black families. In high school, my ignant bogtrotter friend from across the street went out with an Ashanti princess from the newer development a mile away. She pulled her afro into a pony tail that formed a perfect sphere that followed her like a satellite, wore tube tops, and pretended to like his Bachmann-Turner Overdrive records. He pretended to like her Earth Wind and Fire records while actually liking her tube top. The only person to disapprove of the whole affair was her father. He was moderately well-to-do by our standards, because he ate in restaurants and had a brand new car. The one-toilet Irish kid was one step from feral. Dad looked the other way a little, and wondered if maybe his daughters would mind if they moved away. Like, to Venus.

When I got a little older, I slept on a Syrian lady's couch when I was stuck in a snowstorm. She was immensely old, forty at least, wore too much jewelry and makeup, smoked like a film noir plot, and was missing a portion of one middle finger. I don't remember what the couch looked like.

Anyway, for a couple of decades, I've watched a continent full of fools and knaves trying to ram themselves into a political, social, and monetary union while they royally screwed the pooch nine ways from Sunday in the attempt. I suppose it would be unkind of me to point out that we managed it, all on our own, completely by accident, back before disco, simply because there was no corrupt, contemptible government trying to make us do it.
Posted by SippicanCottage at 8:13 PM

Email ThisBlogThis!Share to TwitterShare to FacebookShare to Pinterest
Labels: 1960s, 1970s, Bits of my life pulled out and flung on the Internet floor

There were Germans living next to Poles. The crabgrass invaded the neighbor's yard looking for lebensraum, but that was about it.
LOL.

Which reminds me of the Kielbasa produced in a nearby town.Best I've ever eaten.

When I was growing up in my small NE town- 27 in my 8th grade class- I thought it was a hick town. Nothing to it.

After I left for the outside world, I changed my mind. The parents of my classmates included a Tuskegee airman and refugees from Red China and Russia. The town also had the New England mix of Yankees- several with ancestors in the history books- Germans, Irish, Italian, and Central/Eastern Europe. The Tuskegee airman and those with ancestors in the history books never talked about their connections to fame.

The regional high school I attended had classmates w parents who had fled Hitler, and Armenians. Among others.

Hick town? We had the world inside our few square miles.

Ah yes, those halcyon days of LEGAL immigration with, check this completely wacky idea - people who wanted to not only come to America but...wait for it...be Americans.

Mr. Sippi, you have described America. As it was. Dang shame it ain't that way no more, except where not prohibited by law.

Even then, within "real" cities, we had sufficient stories of immigrant criminal activity to reach pop culture levels. Consider "West Side Story"; it's background didn't spring up out of nothingness.

I remember it well. People got along so much better when they were free to despise and ridicule one another.

....and then the Kennedy's came along.

I picked up a smattering of Yiddish, Polish, Ukranian, and Kentucky dialect, among others. I was a hit in the 60's, as my British neighbors had left me with the ability to imitate their accents (Yorkshire and Irish - didn't matter, it was close enough to Cockney for the Cleveland audience).

We had classmates from Estonia, Germany, Brazil (a REALLY hot-looking young woman, who matured early - alas, our young men were intimidated by the lush Brazilian beauty, and did NOT make moves on her), and most of Europe. In the aftermath of the Soviet invasions of Hungary and Czechoslovakia, we had classmates with fascinating stories about the Russian tanks and guns, and how they barely survived with their lives. Probably somewhat exaggerated, but still great fun.

When I got a little older, I slept on a Syrian lady's couch