He's not 10 any more. He's gotten big for his age, so no one gets the extra frisson that they got when you could only see the top of his head behind the drums. He looks older than his 13 years now. He plays even better, but he's always been good.

I said it at the time, and upon reflection, I'll say it again: He was the best 10-year-old drummer in the world. I have no idea why the world wasn't particularly interested in him or his brother. They were rara avises, man. He was playing for folding money, for hours at a time, when he was 10. Hell, I think big brother was only 17 at the time. He was performing live with only a 10-year-old drummer to back him up. I ask again, why did the world not care about them much? I still don't get it. This video has 800 views. If they had stepped on a rake while recording it with their phone held vertically, it would have gotten 800,000. Ah well, that's the way of the world, and we must live in it.

You might not notice it, but he was exhausted when this song was filmed. It was fairly late at night. My kids were supposed to play in the afternoon, but the gig got postponed over and over because of monsoon rains. Biblical rain. We go to music jobs early, because I've taught my children to act professionally right from the get-go. We sat in our van, listening to drops like dinner plates hammer the roof, ate our bag lunches, and waited. The job kept getting put off. The nice people who hired us offered to pay us and send us home, but we said we'd signed up to do a job, and we'd do it. We waited some more, and then drove to a local fast-food restaurant, sat in the van, and ate that. Then we waited some more. The kids didn't play until 8 hours after we left our house.

The crowd was really enthusiastic and pleasant. They were sophisticates. They were art college students from New York City. They were pleasantly surprised that my older son had a repertoire of hipster-compliant songs like this one to play. Their enthusiasm turned into an extra hour of performance.

Watch the little man. His arms are like lead. He's been playing for two hours straight. He was waiting in a car for eight more before that. This was the latest he'd ever been awake, never mind playing. Watch his eyes at the one-minute-and-twenty-five-second mark.

That's my boy.
Posted by SippicanCottage at 11:24 AM 9 comments:

Let's Hear It For the Diminutive King of the Franks

I know they didn't intend it that way, but Steely Dan lyrics are like a torture device for Japanese singers. Forget melisma. They don't have dipthongs. Steely Dan is a dipthong factory. The song starts with while, for gosh sake. Sake, not sake, I meant.

Did Steely Dan ever dream they'd be a champion in their eyes? They said they did, obliquely, anyway. They testified under oath that angular banjos sounded good to them. But you always hurt the ones you love, don't you? Careful what you carry is borderline cruel, dudes.

The band is uber-Japanese. No, they're not in a cab. They apologize in the YouTube description of the video. So much face. So little time:


Sorry for a mistake in the interlude guitar solo. We will update the song soon.


It's just another thing that Steely Dan got exactly right for the Rising Sun market. I imagine that many a session guitarist looked at Becker and Fagen and said, "Sorry for the mistake in the interlude guitar solo," knowing full well it would be their last day on the job.

Still, here we are. Steely Dan is worshiped a bit in Japan. They're not THE God. But they're gods, surely.
Posted by SippicanCottage at 9:36 AM 2 comments:

This is the greatest concert I've ever heard of. It makes Woodstock look like Monday night in a Chinese restaurant lounge in Milford, Mass. Don't ask me how I know what that's like.

This video gets pulled from YouTube faster than I can keep up with it. The video quality in this one is set on Etch-A-Sketch through a periscope, but you get the idea. The whole thing is sublime.

The main performers are a spoof. More to the point, they are a metaspoof. There's layers to it. They are pretending to be Russians who are pretending to be American. They're actually Finnish. If you know anything about Finland, you know how extraordinary this performance is. The concert in the video is from 1993. Think of that. Some Finns in a band called Sleepy Sleepers started mocking Mockba when the Soviet bear starting losing its fastball. Not long after, the Berlin wall came down and the world was a better place for everyone, especially Russians.

Finns and Russians fought some wars, I tell you what. What you're watching is the implacable becoming placable. That's a real Russian military band performing with Finns in downtown Helsinki. It's glorious, every which way. To return to my comparison to Woodstock, it's as if the National Guard from Kent State sang backup for Hendrix with Nixon conducting.

The band is the Leningrad Cowboys. I adore the description of the band in Wikipedia. Genre?
That's a lot of attempts to avoid admitting you have no idea what to call it.

Rock music is stupid. Stop blustering. Admit it. C'mon. You know in your heart I'm right. You just don't want to admit it. Repeat after me: It's stoopid.

Why can't you just embrace it? It's dumb, but it can be dumb fun. There's no dumber fun than Happy Together by the Turtles. You can tell The Turtles were trying to stretch the limits of banality they could pawn off as a pop song. Me and you, and you and me... The Fluorescent Leech and Eddie knew rock was dumb, and they loved it, and they took it up a notch or three.

Finland's a big place without many people in it. Essentially, the entire country went to this show. No one was claiming they were going to save the world with three chords and some caterwauling. They simply noticed the world had already been saved, and had a party. And that party was a stone groove.
Posted by SippicanCottage at 11:31 AM 8 comments:


Before my time, but not ancient to me. I remember Old Walt holding court on Sunday nights on TV when I was a kid. For some reason, I mostly remember his clothes. He seemed to be nothing more than a delivery system for exactly 1/2" of white cuff showing and a pocket square, pure white.

The park was always an abstraction to families like us. It was on the other end of the continent. That sort of vacation was foreign to us. It was something for really wealthy people, you know, like plumbers or car salesmen.

The kids in the video all grew up and completely rejected the culture that produced them, and that built that park. Their children all go to the park. I assume they go alone, because they don't seem to have any kids.
Posted by SippicanCottage at 8:10 AM 4 comments:

Email ThisBlogThis!Share to TwitterShare to FacebookShare to Pinterest
Labels: 1950s

It Touches My Foolish Heart 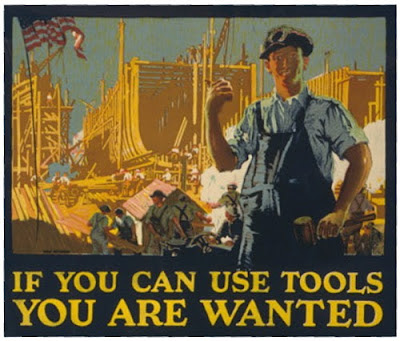 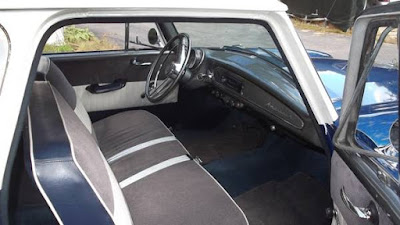 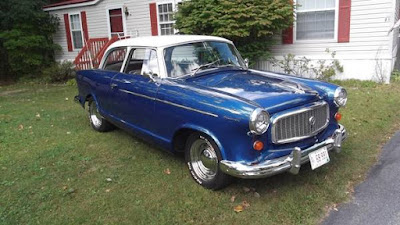 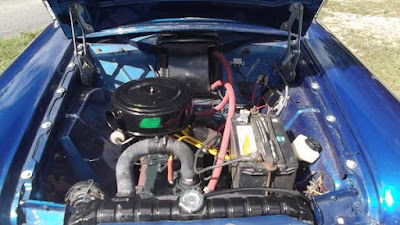 It's blissfully free of encumbering devices like seat belts. Fine with me I don't want to linger. Most of all, I want it more than a tank because there's more steel in a '59 Rambler than in a tank, so it has higher scrap value in the long run.
Posted by SippicanCottage at 12:42 PM 13 comments:


The Italian Secret Service. It's what's on the box at the Cottage.
Posted by SippicanCottage at 10:25 AM 4 comments:

Email ThisBlogThis!Share to TwitterShare to FacebookShare to Pinterest
Labels: electroswing

Imagine How the World Could Be, So Very Fine

This is rehearsal. There's no microphone. The Spare Heir uses a form of brushes to keep the volume down. They're like little bundles of sticks. You can't do things like ratamacues with them very effectively. It's not that important for rehearsal.

The Heir doesn't use a microphone when they rehearse. I forbade a sonic arms race early on. It's in their bones now. They play as quietly as they can. The Heir just belts it out. His guitar is amplified only enough to be heard along with the drumming. It builds up your voice to sing like that.

No one much understands the difference between practice and rehearsal. You practice to learn rudiments and new material. This is done on your own. You gather to rehearse to prepare to perform. You do not practice at rehearsal. Then you perform. You do not rehearse during a performance. My children do not practice, really. Well, I think The Heir does, but it's always classical piano.

My kids rehearse like this to prepare for shows. All of their contemporaries can't or won't do the work necessary to perform in public. Other kids refuse to practice until an audience is assembled for them. One that can't leave. Other kids can never really rehearse, because they never practice. They can't perform properly, because they never rehearse. You can spot this species, and hear them, a mile away. They get in front of an audience of people who can't leave, and then noodle, i.e.: practice, at flight-deck volume, in between songs that weren't rehearsed.

Unorganized Hancock will be performing at the Fryeburg Fair on Sunday, October 9th. Three big shows, at 1PM, 2PM, and 3 PM, at the Draft Horse Park bandstand. Watch your step.
Posted by SippicanCottage at 11:01 AM 10 comments: