Coincidentally, 'Polyclylohexapedealidocious' Is the Name of My Mr. Mister Tribute Band. But I Digress 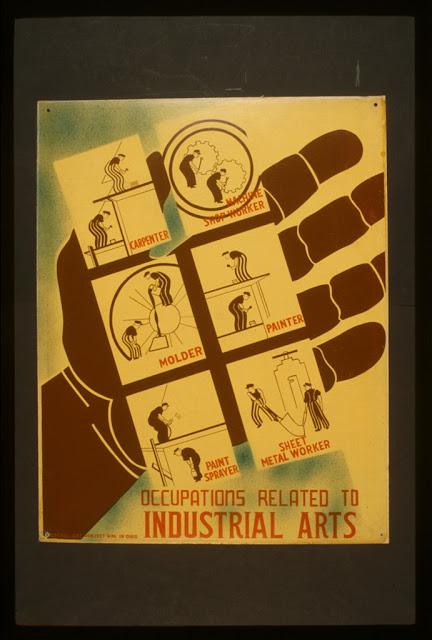 I'm bound and determined to get around to telling you the when and wherefore and how-to and why-for I fixed my sewer pipe, but I haven't even managed to finish writing about capping a broken tributary pipe yet. Let's get cracking!

I may have actually said, "Let's get cracking," to my son, who was helping me. It was midnighty, and we'd been banging on things since morning Matins. I was beat, but not beaten, I guess. Once more into the breach my heir, once more! Let's see if we can glue some PVC pipe on this mess and cap it.

It's a bit of a misnomer to say you "glue" PVC pipe. You're actually performing a chemical weld. Plastic no-hub plumbing uses what's called solvent cement to join the pipe and fittings. The key word is solvent. It melts the plastic on the mating surfaces, you jam the pipe in the fitting, and it fuses together. It makes a really strong joint, and it's almost idiot-proof. Almost.

Solvent cement normally comes in a package with purple primer. Solvents don't work well on surfaces that have a barrier on them. You know, like everything you encounter when working on plumbing. Dirty pipe, bad weld. If you've ever wondered why the joints on your DWV pipes look like a blood sample from Barney the Dinosaur, it's the purple primer. You wipe on runny purple primer to remove water, dirt, oil, poopsies, and other assorted oopsies. The solvent itself is clear, and fairly thick. It's prodigiously evil stuff.

To bring up the topic of fake safety again, PVC solvent is the nastiest substance I know of that's commonly found in regular construction. In my experience, it's inevitably lethal. It just takes a long time to do its work. I've known a lot of plumbers over the years. I know a lot of dead plumbers. They mostly died of liver and kidney failure, or cancer of those organs. It was the solvent. The solvent has Methyl Ethyl Ketone, some sort of furan, acetone, and other delightfully toxic things. I don't have the label in front of me, but it's filled with tetrahydras and polyclylohexpealidocious and various other compounds that are usually found leaking out of alien mothers and eating through the floor after you shoot them. PVC solvent is OK for use in California because it's low VOC or something, even though everything else in the known universe gives you cancer according to that fine state by the wrong ocean. There is no practical alternative to the stuff, so everyone looks the other way.

Lead paint, asbestos, mercury, and everything else you encounter while remodeling is a mere bagatelle compared to solvent cement. None of that stuff is good for you, but their ill effects are well understood, and they can be handled fairly readily with a little common sense. Safely using solvent cement, according to the instructions, involves going outside to make your joints, or wearing just short of a scuba outfit. Go find me a plumber that does either of those things in order to glue up the drain under your bathroom sink. I'll wait, but I won't hold my breath. Neither will he.

As I was saying, the joints are almost idiot proof. However, Maine breeds a hardier brand of idiot than most places. Normally, I'd never attempt to get a pipe out of a fitting because they're essentially one piece after gluing. I was getting brave (tired) and decided to rely on my intimate knowledge of how stupid everything in my house is. I took a plain old putty knife, turned it on edge against the shard of pipe inside the hub on the fitting, and I whacked the busted-off piece of pipe as hard as I could. It parted like the Red Sea, because there wasn't a trace of purple on it. It was a bad weld. It's wonderful to be able to rely on incompetence in others. There's an inexhaustible supply, and if you run out, you can always make your own.

We cut a two-foot piece of 1-1/2" pipe out of one of the abandoned psycho plumbing experiments in another corner of the basement, and glued it into the existing elbow fitting. The hub was cracked a bit, but I glued the chip back on, and the joint held nicely. I went rooting around in one of the battered toolboxes we keep in the basement, filled with nearly useless stuff and bent tools. I found, no word of lie, a brand spanking new, 25-year-old, 1-1/2" rubber test and cleanout cap. I have no idea what possessed me to hold on to a $1.50 plumbing tchotchke for a quarter-century. I had, we wrestled it on the end of the pipe, and we were done. Or done-ish, at any rate.

I did my best Scarlett O'Hara imitation, told my son we'd done enough for one day, and said we'd worry about the real problem tomorrow. Since all my clothes were covered in excrement and mud, and the washing machine was out of service, I figured I'd be wearing clothes made from drapes the next day, too.

[to be continued]
Posted by SippicanCottage at 1:45 PM

Nothing is fool-proof, because fools are so ingenious.

In December 2000, a maintenance worker at a nursing home in a small town in north-eastern Ohio, discovered one evening that the system that delivered oxygen to the patients of the home, was about to run out of the gas. He looked around for another cylinder of oxygen, but all he could find was cylinders painted blue. He ignored the green paint on the oxygen tank and took the blue cylinder out of storage.

That night four patients died because the system that was supposed to deliver life giving oxygen to their weakened lungs delivered sterile nitrogen instead.

But, nothing is fool proof because fools are so ingenious.

Sipp, I will vouch for what you say about the toxicity of glues, solvents, all those nice things that come out of jars and cans and have Schädel und gekreuzten Knochen er, I should use the vernacular Totenkopf on the label, which peels away as you leave the parking lot. Tradesmen are notoriously vernacular.

Now at 69 years old I have the normal tradesmen ailments: shoulders shot, knees shot, Multiple Myeloma chasing me up and down the block and complete renal failure.

Sipp, you are getting some mileage on this, same as me except you're funny, but it's all deadly stuff. Um, did I already say that?

When we bought this place, which was north of 15 years ago, we also got a thing called a Quonset Hut. I know. It sounds awesome, but it's really as much trouble as it is cool. In the cool column, a guy can go out there and find fittings, shims, whatchacallits, and whathaveyous, for almost any project. If he's defeated in finding the part, at least it ennobles the task of going to town to make a hardware run.
I like your shazam story better. Magic 1.5" cap. Got ta love it.

I didn't know about the cement issues--I have been DIYing with that stuff since before the had the purple stuff and we used emery cloth.

Gripping stuff! we don't use nor have I ever seen glued pipe here and now I know why.

Ah yes, fond memories....my friend Danny and me working for some contractor who was slapping up condominiums on the east end of Panama City Beach, Fla. sometime in 1979. Our job was to go in after the sheetrock guys were done taping and sanding and before the painters came in and wipe down the walls with big sponges soaked with methyl ethyl ketone. Between the heat and the fumes, it was (literally) dizzying.
No OSHA or MSDS or respirators...it was "do you want the $6/hr or don't you?"
Youth...

MEK in the wash bottle (the other had acetone) a very common sight on aircraft assembly stations...