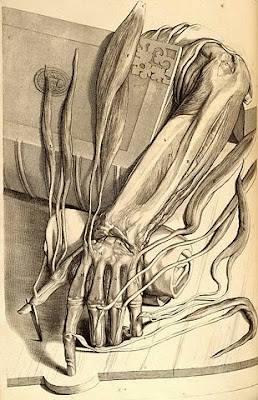 Well, we're about to flush 2015 down the crapper, and start plunging 2016. That means it's time for predictions for the new year. Here's mine:


Next year will be even worse than this year, if that's possible.

I've been using that one every year for 25 years, and it hasn't failed me yet. Stick with the tried and true, I always say. Of course Western Civilization might bust out all over next year. I won't stand on one leg and hold my breath, if you don't mind.

Don't get me wrong. I could make New Year's predictions that were spot on. I've predicted lots of things with uncanny accuracy in the last ten years on the Intertunnel. It doesn't do me any good, and the audience gets mad at me, and wishes to go back to sleep, so I stopped doing it. It's like the 'Free Beer Tomorrow' sign on the wall in a disreputable tavern. It's always right, and it doesn't matter.

So what's a busy blogger to do? The term "busy blogger" smacks of oxymoron. That might be unfair to bloggers I have known. Most of them are only about half an oxymoron. Anyway, making a year-end list of twelve of my essays chosen at random but pawned off as my finest work should do the trick. So here you go: Sippican's Year in Review

January: The Greatest Play in NFL History
I've had a lot to do with the Boston, er, New England Patriots over the years, all strange. I almost died in their driveway. I once stood on the fifty yard line of their stadium while a half-dozen of us decided to change a thirty-year-old NFL rule.

February: Unorganized Hancock: The Birf of Rock and Roll
The kids have been making videos for about three years now. I thought they were always good, and they've certainly gotten much better, but they were recorded in such a rudimentary fashion that the viewer had to perform mental arithmetic to figure out how good they were.

March: Ralph Bellamy, I'm in Love With You
I used to play in a Happy Hour band that played Stump the Band with the audience. We had to stop when Massachusetts made Happy Hour illegal. No, really, that happened. My life is one long list of vocations, jobs, life callings, and hobbies that were made illegal. If I were smart, I would have started out doing illegal things right from the get-go. Illegal pays better.

April: I Must Not Do It
I have seen money. Felt it in my hand. I have wasted it one day and built temples to my fellow man the next with money, with no good reason to do either. I have watched it slumber in a bank book with my name on it waiting for nothing more than a notion and a signature. All gone. Gone for good, I think but must not say.

May: Rumford Delenda Est
The man in the perfect yellow house persevered. He painted his driveway and waxed his lawn and dusted his roof shingles. He polished his trees and chromed the inside of his mailbox. He was adamantine. He was, and is, a species of wonderful.

June: Building a Wattle and Daub Shelter for Dummies
If you can afford to have a smartphone in your pocket, you're allowed to be as dumb as you please. You can believe almost anything about the natural or intellectual world and get away with it. You can think panthers are cute and cuddly if you want,  or that living in a state of nature is a lark, or commendable in some way.

July: The Answer to Life, the Universe, and Everything
My wife is very quiet and reserved. She smiles a lot, but she doesn't talk very much. I have always depended on her steadiness, because I am mercurial. I wonder if there is anyone in this world who has anything bad to say about her, other than she chooses husbands in lighting not suitable for buying off-brand bales of hay.

August: Imitation Is the Sincerest Form of Television
I know how to install electricity in a new house, and an old house, and a restaurant, and a gas station, and a football stadium, and several other kinds of places no one invites me to build anymore. It's really very simple except the part where you're dealing with what was installed in the mists of antiquity by an escapee from a support group for mentally challenged subcontractors with Frankenstein fetishes. The meetings were held in my basement, I infer.

September: Unorganized Hancock Gets Their WIngs
My sons looked vaguely dazed and happy, which is pretty much the same thing in this world. They received their applause from the assembled crowd, the hockey team you see in the background, and the other bands, all without throwing up on themselves or falling off the stage. It was one of those moments in time that you will remember sweetly forever.

October: HANCOCK!
When Unorganized Hancock made videos as best they could in the circumstances they found themselves in, people discounted their efforts because the finished product wasn't shiny. The days of people making allowances for poor production values on the Internet are over. Don't get me wrong, viral videos are all made with the phone held the wrong way while the videographer is shaking like a nursing home inmate, but my kids will never have a viral video because they don't suck.

November: If You Make Things, You Are My Brother: Manny Avalos
What Manny is talking about in the video is profound only because it should be quotidian, but isn't anymore. He's talking about being connected with other people. He wants to make a guitar so that other people can use it to make music to entertain and delight still more people. He feels connected to the world at large by his own solitary efforts. He admits he found the construction of the guitar interesting for its own sake, but he understands that his interest is pointless unless it serves others.

December, More or Less: Top Ten Adviceses for Aspirating Writerers
I started out fairly wretched, so it was easier for me to become an inkstained wretch than most people. I wrote a book that had pages with printing on both sides and two covers that were too far apart. I sold several copies of that book to drunk persons who found themselves on Amazon at 4 AM (it's my target demographic). That doesn't mean you'll necessarily have that kind of luck. Those people might have sobered up by now.

I hope 2016 is kind to you, and fortune casts a benignant smile on all your endeavors. I advise you not to count on it, though. I just don't have that kind of pull.
Posted by SippicanCottage at 11:16 AM

Email ThisBlogThis!Share to TwitterShare to FacebookShare to Pinterest
Labels: 2010s, Bits of my life pulled out and flung on the Internet floor, reruns

As I recall, I purchased that book at 3AM. I'm now more-or-less more sober thn I was then, and I still enjoy it.

Sipp, we are both blessed family wise and both cursed in temperament,what could go wrong? Happy 2016.

I don't know whether you're funny, mad, sick rich, broke, gentle or maybe all. Maybe everything in between every one of those. But I love you anyway, I think.

Well, Mr. Sippi, I'm pretty sure you and Mrs. Sippi and the younger Sippers will have a pretty good year, and even if you don't, sometimes, you'll write it like you are so's we get that impression.

On the other hand, I will continue to comment, which could "bring you down, BRUCE", but I shall try to "keep it silly, or at least with a hint of amusement",

Y'all take care, hear, or maybe something stronger as needed.

We are here, reading you but most of us dont say anything

Happy New Year to all the talented Sullivans!


With 2015 gone but abandoned in a useable condition I can't wait to see what's gonna happen next.

Sipp, you and your family are worth more than jewels in the diadem of a monarch.