Looking for Signs and Wonders


I look for signs and wonders where I can find them. I'm not talking about Glory Clouds that rain gold dust or talking bushes. I am on the lookout for any signs of life. I am enthusiastic about the slightest signal I can find that might indicate that someone is trying to carry on their society's traditions in a meaningful way. Oh, the heck with society. I'll settle for humanity.

I've made a lot of friends all over the world by writing. People have been nice to me and my children. I live a generally isolated life, made more isolated by my family's refusal to submit to the cult of societal obsolescence. I suffer no pangs of guilt about walking the earth, and look for fellow travelers who want to Keep Going. My wife and I are nothing special, but we are at least a testament to Keep Going, surely.

A while back, a person I never met sent me a computer he didn't need anymore but I couldn't afford. I gave it to my son so that he could use it to record all the Unorganized Hancock videos you see here on my webpage. He sent me a greater gift, though I doubt he understood it as such. He sent me a video of his daughter and her friends singing like angels. He sent me testimony that someone else had the same idea I had: Keep Going. These girls are wholesome and lovely and I found the whole thing charming beyond words. My son used that computer I mentioned to turn part of the raw performance video into this nifty little finished product. I meant to post it on my blog a year ago, but I had to Keep Going at something or other and got distracted. Better late than never. The whole concept of "better late than never" is a form of Keep Going, after all.

People post pictures of Darwin all over the Intertunnel but they have no idea what he said, or what it meant. They definitely don't know that a friar made applesauce of his theories, and the science-is-settled contingent of the last century simply stapled them together and put Darwin on the front like the cover sheet on a TPS Report. Darwin worshipers mistake cowardice, self-absorption, and sloth for wisdom in an uncertain world. I am Spenglerian. Society is an organism, too, if you ask me. All you worshipers of Darwin should maybe wonder what Darwin would have to say about an organism that refuses to defend itself, and won't reproduce. He'd say it deserves everything it gets.

Morons think there is an alternative to having children and raising them. I don't. Oh, and by the way, if an emperor moron like Ray Kurzweil manages to upload his meager intellect to a computer, I can assure you this is how it will turn out, and I'll be first in line to do it: 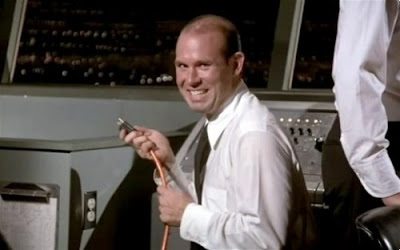 I am serene in the thought that If I can't manage it, my kids will do it. Or his will.
Posted by SippicanCottage at 11:55 AM

Email ThisBlogThis!Share to TwitterShare to FacebookShare to Pinterest
Labels: Bits of my life pulled out and flung on the Internet floor, Unorganized Hancock

I too will keep going...

Or,as we geezers said in the 60s before we knew better...

And I fogets the rest.

Does Kurzweil have kids? I would have thought he'd be too busy trying to be immortal himself to bother with placing hope in any offspring.

Gerard is something like Exhibit A of friends I have that I wouldn't if I didn't write piffle on the Intertunnel wall. He's a peach.

Hi Julie- (Another sign and wonder heard from) He has two children, IIRC, and they seemed quite pleasant.

I have to take issue with one part of your post:

My wife and I are nothing special ...

That's a flat out lie, from everything I can gather. But other than that, I'm with you.

Thanks for keeping on going.

There is a lovely little movie a few years old called, The Holiday, and it has Eli Wallach in it, as an old Hollywood screenwriter. He befriends a young woman, who has been scorned and tossed aside, and, she is chafing at modern life. At one point in the story, Eli picks her up for an outing, and brings her a corsage. He tells her that last time he had a date, that is what, "they did", and that she didn't have to wear it if it was too corny. She lit up, and put it on and told him, "I am looking for corny in my life....I need corny." I think we all are looking for corny in our lives. Your "nothing special", is just what we need. So special.

Sipp, you should feel no guilt for the path you and your family are travelling. Rather feel proud. Not the kind of pride that goeth before a fall, but the "well done my good and faithful servant" kind. There are not a lot of people with the integrity you display.
A clear conscience makes a soft pillow.

"Morons think there is an alternative to having children and raising them." Um, no. Our children are the best investment we can make for the future. After all, they will be living it.

Fear and Faith cannot both occupy my heart. I choose Faith and I believe you do too.

Mr. Sippi, far's I can tell you're about as "nothing special" as George Washington, though in your own way and maybe in minor keys (do your boys have keys?) but the determination to to carry on (or "carry on" as others might say (apologizing for "othering" those others)) and promote or provoke amusing insights in your lives and ours, well, that's worthwhile, though sometimes we get to feelin' that we ought to remind you of it from time to time, and since the clock just struck eight (with six knock-outs) is seemed time for me to go wandering off into the recesses of what's left of my mind and tell you so. You are now so told. Carry on smartly, Mr. Sippi! Fine job you're doing here.