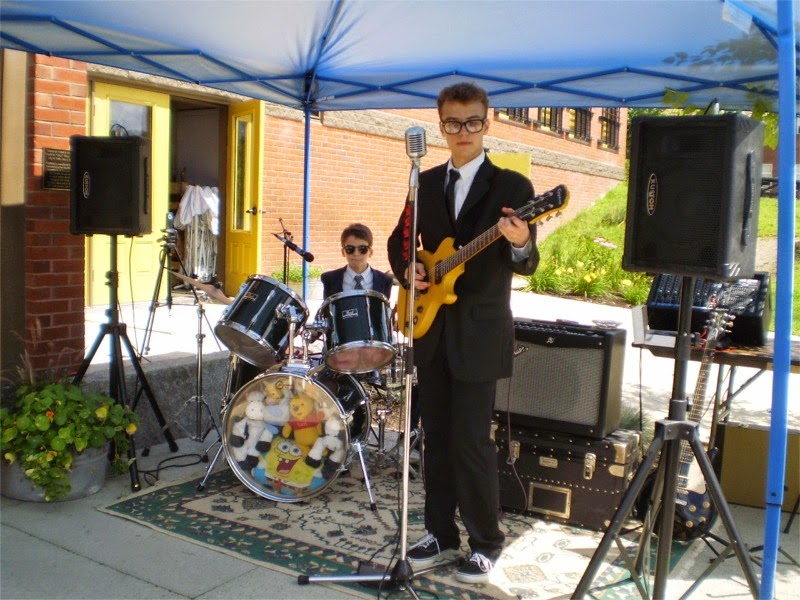 I collect different sets of viewers here on this blog. People rinse me out of their hair from time to time. I speak disparagingly of their iPhone, or the TV they keep over their fireplace, or the powder blue and cocoa brown color scheme in their kitchen, and they don't understand that I mean nothing by it. People give me a rest for a spell, and then return when they figured I've had enough time to simmer down and have started insulting an entirely different set of people. Either that, or they've painted over either the cocoa brown or the powder blue by then.

For that reason, many people only know Unorganized Hancock from their recent videos, like More, or Take Five. The video that serves as a Epiphone Wildkat Guitar Review, Minor Swing, has passed all their other videos, as I expected it would. Strangers seem to like Unorganized Hancock videos better than my friends do for some reason, present company excepted. I don't know why that is. But true strangers see videos like Minor Swing and their jaw drops a bit, even though it's a so-so take.

It's profoundly dangerous to look at YouTube comments. They're the modern version of Medusa. But Osgoode left this comment on the Minor Swing video last night:


Phenomenal. Absolutely phenomenal - considering some of the material on here, this should be 4,00703.00 views. Unorganized Hancok. I'll remember that name.

Amen, brother. I absolutely adore the fact that he pledged to remember their name, and spelled it wrong right out of the gate. That's the Internet, in all its majesty. It's like driving a Formula One car with a tiller.

The kids have been making videos for about three years now. I thought they were always good, and they've certainly gotten much better, but they were recorded in such a rudimentary fashion that the viewer had to perform mental arithmetic to figure out how good they were. The Internet is being professionalized, and you're not allowed to make viewers do sums anymore. It occurred to me that new readers might not have seen where the whole schtick came from.

Way back when, reader Dave demanded that the kids play a form of Stump the Band, and offered them money if they would do it. He was as good as his word, and many people have followed his lead and supported the kids via our TipJar over in the right hand column, for which we are very grateful. Unorganized Hancock performs using equipment purchased by my readers. They wouldn't be able to perform at all, otherwise. It's really as simple as that. In a large way, you've all had as much to do with whatever they've been able to accomplish as I have.We got away from true Stump the Band, because there was always a hint of hostage video in the kids eyes while I was recording them. I didn't want anything to be forced. The Spare Heir is still only eleven, and he was only eight years old in some of the earliest videos we made of him playing the drums.


[Note: Many thanks to Jeffrey H. from Alabama for supporting the kids via the Tipjar]
[Update: Many thanks to Ray Vee from South Cee for his generous hit on the TipJar. It is much appreciated]
Posted by SippicanCottage at 9:51 AM

Dressing the part really DOES make a difference!

Amazing. I hold out hope that my kids will find as much joy in playing music as they get older as your two do.

According to hit counts they are more popular than Johnnie Puleo and his Harmonica Gang. They dress better too.

"The man who knows goes to Smoky Joe's".

Even the subtle switching of guitars torole play. The boys have come a long way. To the tip jar.

I had forgotten how surprisingly good the drumming was on this one.
The offkey singing in the intro was sublime- sometimes that's harder than staying in tune.
About the number of visits thing It seems out here that there's a whole lot of people hurting in this country right now and for a number of reasons they've withdrawn from much of the internet somewhat.
I'll think of my next money-making-melody but I'm distracted right now.
Left Coast Dave

chas, Johnnie Puleo is way older than me, but I've seen him on TV many times, and thank YOU for reminding me of him. Most folks these days likely never heard of him.

Sam, you're welcome. I'm 68 now (the cancer makes me feel older) and I have more road to look back on than to look ahead to.
I thought of Two Ton Baker yesterday. He was a local celebrity in Chicago and I saw him on a rinky dink kiddies TV show as a lad.
I also remember Shock Theater. Oh lord, I'm drifting.
Ahem, back to the talented kids: Sipp could show them some choreography like he used in them show bands that played the Holiday Inn circuit. Whatcha say to that Sipp? Give 'em some steps.

Gonna be hard for the Spare to have steps, less'n he gets a marching drum set. And a shock absorbing, gyro-stabilized harness so's it stays where it oughta while he's moving.

Can't be too hard to do.