Like Watching Alphonse Mucha Do An Underpainting: Tim Pierce

This genial fellow is named Tim Pierce. He has a dedicated website in addition to his YouTube page where I found this video. His webpage will be a big hit, I'm sure of it. I don't know Tim, but he did me a favor once without trying to, and maybe someday I'll get to return it.

You've never met Tim Pierce either, but you can know exactly who he is without knowing him. He's played on so many records that have come out of every speaker on earth at one time or another that you couldn't have avoided him if you tried. I don't know why you would try. He plays pretty good, don't you think?

Someone sets up a camera and you get to watch records being made. It's possible to simply find this interesting for its own sake, or plain entertaining, but if you were trying to find out about the music industry in a serious way, this is like a graduate school lecture. What one man can do, another man can do, as they say, but first you have to know what the other man did.

I've always liked people who have one foot planted in art and the other in commerce. All my favorite visual artists from the last century or so are illustrators. I'd rather look at Leyendecker ads all day than Picasso for five minutes. 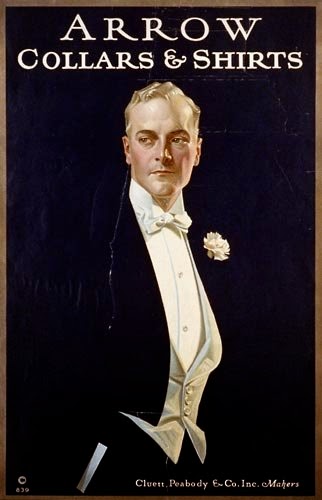 Snobs believe participating in commerce as an artist dilutes your art. I might point out that Leyendecker devoted only half his time to commerce, and half to art. His customers showed up at his door with a briefcase full of commerce because they knew he had the art they coveted but couldn't produce if they had a million years to try. A "pure" artist like Picasso devoted one hundred percent of his time to commerce, if you ask me. Self-promotion is not art. It's an art, but it's not art.

People that should know better tell me that John Singer Sargent wasn't a real painter because he painted portraits for money. Filthy lucre. Me, I just stood in front of Lady Agnew of Lochnaw once, and I swear that dead broad was looking right out of the painting at me. 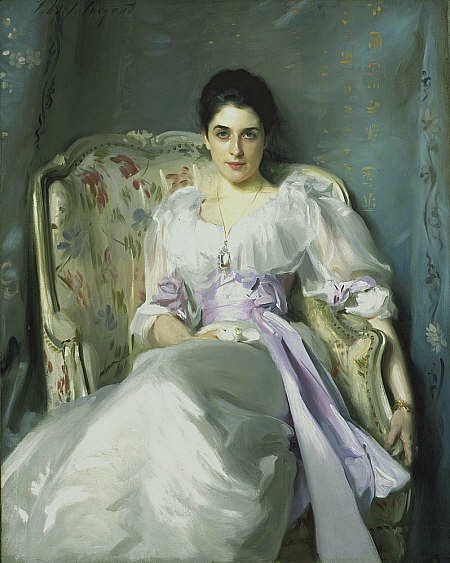 I'm a barbarian, and I refer to her as "Spiro Agnew with Lockjaw," but even a barbarian knew that the Roman Empire was better than the village of huts he lived in. That's why he wanted to sack Rome. Duh.

Tim Pierce straddles the line between art and commerce. He'll play on your record for money. Unlike so many of his brethren, he at least supplies some real art if you supply the commerce. Everyone else just cashes the checks.
Posted by SippicanCottage at 2:30 PM

Email ThisBlogThis!Share to TwitterShare to FacebookShare to Pinterest
Labels: Bits of my life pulled out and flung on the Internet floor, Los Angeles, music

JSS...swoon. So fine. He apparently hated painting portraits. They are huge, and stunning works of art. By all means, see one in real life if you are able.

I couldn't take my eyes off that chandelier in Mr. Pierce's dining room.

Lady Agnew appreciated what she saw in you, Mr. Sippi, but I suspect Mrs. Sippi appreciates it more.

Me, I wouldn't sack Rome, I'd box up as much as I could and ship it home.

I love that Tim is playing such great music whilst sitting calmly, without all of the histrionic gymnastics so many rock "stars" feel are obligatory.

And it take no more (or less) skill to play it calm as is does to play it wild. It is, after all, about the sound.

Did you see Lady Agnew at the Sargent Retrospective in DC, about 15 years ago? Stunning. And I can't quite tell if she is about to smile, or not.

Hey, Jose- It came through Boston at the same time and I took my big brother the painter to see it. Everyone else at the exhibit was acting like they were at a funeral while we were whooping and hollering at every painting. I've been to the Uffizi. There's nothing in it like Sargent.