[Editor's Note: From 2011. You know, I'm almost getting used to drinking bilgewater at this point. And there is no editor] 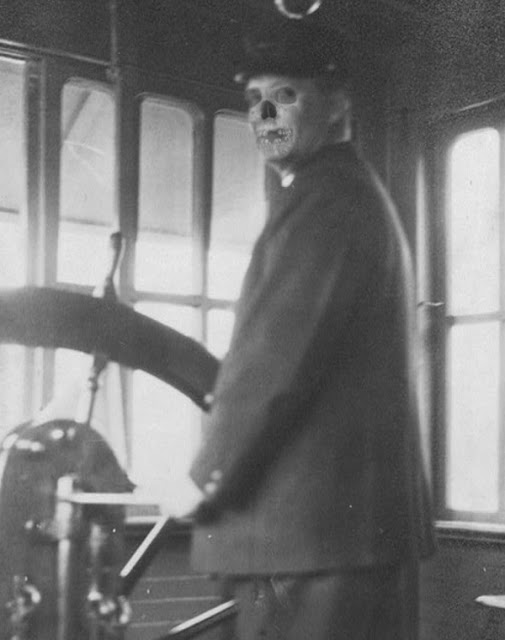 I'm forced to dabble my finger in the turds of the media looking for kernels, just like everybody else. I'm a businessman and need to know what's what. I can only find out things by inference or by tough experience, though. No one that gets paid to talk about things knows anything. Even if they did, they can't write. Even if they could, they wouldn't write anything but propaganda.

But people can be observed, even at a distance, filtered through the septic tank of the media. I like people. Not 'people' in the aggregate. I like persons. The People is a lynch mob on a bad day. I'm a person, and I like other persons.

I especially like American persons. America is the most interesting place in the world because it's just the whole world in one place. We should abolish the United Nations because it's too narrow a slice of humanity, and just give America its own reality TV show instead.

So, person to person, I don't know about you, but I'm weary of being ruled -- not governed, mind you; governed is in the rear-view mirror, and fading -- ruled by a gaggle of metrosexual car salesmen, slovenly ward heelers, and soi-disant intellectuals that can't operate an apostrophe, never mind something substantial and commendable like a dry cleaners or a brothel.

Wait, never mind, I do know about you. I pay attention to you, the anonymous and the friend alike, because it it my business to know about you. I have to try to understand you well enough to get you to read my writing and put your porridge or your Perrier down on the tables I make. And I've never seen everyone as desperate and anxious as they are right now. I'm less anxious and desperate than your average citizen only because everything bad has already happened to me. You're right to worry, it's not fun. I lived as an almost-adult in the seventies, and that was pretty bad, but it's much worse now. The seventies came with its own anaesthetic. We succumbed utterly to malaise. We gave up. No use squirming in the electric chair, after all. Eventually they took the boot off our necks and we had a pretty good run. It's different now.

The economy is like a traffic jam and an accordion. Most traffic jams have no reason to be. There are lots of cars, humming along. Then someone gets nervous and taps the brakes. Even in a benign business climate, the commerce cars veer from lane to lane, lock up the brakes and exaggerate the effect of the first gentle tap on the pedal from the guy up ahead. The accordion is squeezed, and makes unpleasant noises. Of course they're unpleasant; it's an accordion. In a less benign business climate, the driver eating a hoagie and talking on the phone and the woman applying eyeliner while texting crash into each other and things get really bad, really fast. But eventually, if the wreckers and the ambulances sort things out, people get back to zooming along and giving each other the occasional finger. The accordion bellows out. I've lived through the accordion going in and out four or five times already.

We're way past that now. The traffic-jam-accordion is five years in the rear-view mirror. The cars didn't just tap the brakes and have a fender bender; they left the road and ran over the pedestrians and crashed into the houses and burned down the city. The ambulances were in the shop, the wreckers were up on blocks because their wheels were stolen, and after growing weary of having their four-hour lunches interrupted by the complaints from the people stranded on the highway, the government strafed the survivors instead of helping them. They followed up by napalming their cars, and sending out parking tickets for the burnt-out hulks to any survivors.

Welcome to the new Captain Tammany H. Plutocrat Seawater Economy. Climb aboard the Ship of State, a wholly owned subsidiary of Titanic, Inc, they said. But there isn't room for everyone on board, and most of us are cast adrift in a rowboat, and there's nothing but ocean in sight. We sailed until becalmed, rowed until our back gave out, and the map we were given said land was just over the horizon, but of course the horizon, by definition, is always on the horizon. The canteen we were given is dry, but has a Groupon for water in it. The ration cans are filled with nothing but dietary advice. Captain Plutocrat buzzes by from time to time on his cigarette boat, made from the finest flotsam of our lives dashed on the rocks he steered us to, and gives us advice. First it was: You don't need all your possessions; why not throw them overboard? Then throw the people you don't like overboard. Then the feeble. Eat the fat ones before they get skinny. Why not chuck the kids in the ocean, too? Finally, when we're all alone with nothing, he tells us to stop whining and drink seawater if we get thirsty.

Captain Plutocrat has detractors, of course, and their worldview is the opposite of his, but one can't help but notice they're on the deck of Captain Plutocrat's speedboat with him, and their advice if you're thirsty is to take the seawater rectally instead of orally. Then they bomb off and leave us there.

We drink the seawater and it makes us crazy enough to drink seawater so we drink seawater, and there's no end to it. It's our own fault. We tapped the brakes, got in the rowboat; we listened.
Posted by SippicanCottage at 1:35 PM

In a normal benign business climate It would be about time for another traffic jam. When did they say we had a "recovery" 4 or 5 years ago?
I've already ate the dogs and the kids and just starting to carve up my left arm.

Rob is not alone