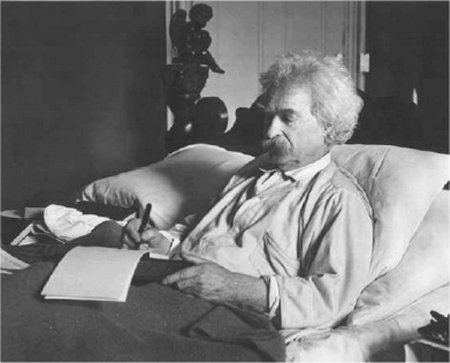 My wife loves me and looks after me. Many and many a time I have noticed, when I wake up in the middle of the night for some reason or another, that the pillow is only gently pressed to my face.

She visits the library here in town quite a bit. It's a Carnegie library -- a wonderful thing wherever you find it. The town I live in values it highly, of course. It is rarely actively on fire when we drop by, and a solid voting quorum of the slate roofing tiles aren't on the sidewalk yet. They did hire a person, whose name is likely shrouded by the mists of near-antiquity, modesty, and an unpaid bill or two, to design an addition for the building, back when the town was still booming and the parades had more people on the sidewalk than commiserating on the floats. That addition could compete in elegance, in beauty, and in comfort with any dentist's office, but holds slightly-less-current magazines. The old, original part is built like a brick redoubt designed by a renaissance polymath: elegant but ready for battle. But new ideas like the design of the addition resemble mildew -- they get in and corrode a place from its innards, no matter how well-defended the perimeter.

As I was saying, my wife looks after me. She unwisely brought me back the Autobiography of Mark Twain from the library to read.I say unwisely, because it's nearly 750 pages, hardbound, and if I get to lifting it often enough, I may eventually become strong enough to defend myself against her nocturnal depredations, and the assaults of her housecat.

In addition to my newfound physical abilities, this titanic tome is cultivating in me a powerful  urge to seek out the editors and amassers and packrats that  produced the book. Not because I picked the thing up, no; I unwisely read the thing, too, and it makes me want to strike someone in the face, and not with an upholstered cushion, either. I realize assault and battery and eye-gouging and mayhem and attempted murder are, if not strictly illegal, at least frowned upon in literary circles, but I'm willing to sit in an electric chair by the hour as long as the mouthbreathing, windowlicking, buttsniffing, dimestore intellectuals that dug up Mark Twain's literary corpse and rifled through his pockets are forced to sit in my lap. I bet I can outlast the whole lot of them on pure spite alone.

Why, oh why was Twain's unpublished work turned over to these jackanapes to paw through like illiterate raccoons looking for rancid bits to eat? Yes, yes, I know they style themselves "The Mark Twain Project," and have devoted their mortgages, if not lives, to Twain, or at least to raiding his intellectual larder to stock their shabby ivy-stricken midden over at Berkeley.  So what. The mental contortions needed to adduce that their name and their sinecures makes them capable of understanding such a writer is like saying that a dog has ticks so the ticks should inherit the dog's estate. Haven't you drawn enough blood from the man already, you stooges? You've been carving out a living carving your initials, likely misspelled, into the outside of Twain's bier for a century. Who allowed you to climb in there with him and start carving away on the inside?

There's Twain inside this book, don't get me wrong. It's exactly, precisely what you always get from Twain. His laundry list is a Dead Sea Scroll. His lunch order is a Rosetta Stone. He has more intellectual horsepower under his fingernail after a trip to his ear than Berkeley has in a building, and that's if the building is full of janitors. At least janitors know how the world works. The buildings full of these scholars need fumigating. Lock the doors, first, from the outside.

It was easy enough, if annoying, to tread across the minefields of intellectual delirium tremens these invertebrates have made of Twain's writing, leaving their little piles of brain droppings here and there like badly behaved dogs, explaining Twain. I put on heavy shoes and plowed ahead. Then I got to page 468, the glimmer of a tear still in my eye over SLC's description of his older brother, Orion, filled with pathos and love and respect and affection and a wistful, unspoken wish that his brother wasn't doomed by his nature to miss the life Twain got by the thickness of one of Sam's famous whiskers -- and then I turned the page, and there on page 469 was text as terrible and incomprehensible as the writing on your own tombstone, delivered early: The rest of the book, almost 300 more pages, was entirely comprised of the stark, raving drivel of these toads, with only bits of Twain embedded in it like reverse carbuncles. Good God. I'll hold my nose and run through Twain's Elysian fields, keeping an eye peeled for your intellectual Beserkley cowpies the whole time, but I'm not treating myself to a one-man Easter-egg hunt in a sewage treatment plant.

Explaining Twain. Think of that. Why not send a cigar store indian out on a speaking tour to explain smoking. He stood outside the shop for a hunnerd years. He must know something about the topic by now.
Posted by SippicanCottage at 1:26 PM

Remember, LSD was discovered there (about the same time as Unix...).

Through no fault of my own, I recently was forced through a time portal while my 90's flip phone was left behind and replaced with a "smart phone." The jury's still out on its IQ (possibly higher than mine), but I have downloaded, gratis and legally, Tom Sawyer and Huck on it. When I am early (which is usually), I sit and read a bit - and laugh out loud and marvel at the amount of genius I missed when reading him in school. As a writer, he may be admired...worshipped even, but never enough. He also invested in Tesla, so that's a gazillion bonus points.

I have nothing to add on the "Project". Berkeley wasn't a hive of lunacy when Twain made his bequest. Society was smart enough to house those types out of sight then. In reference to his intentional publications, "Roughing It" has always been my favorite. I defy anyone to top the storytelling genius of grandfather's old ram.

LSD was synthesized in 1937 by Albert Hofmann, working for the Sandoz labs in Switzerland. Leary and Owsley and the motley crew at Berkeley stumbled upon it like blind hogs rooting for truffles.

Sipp, now you know exactly how I feel reading histories and bios, which is about all I do read. WW II histories that must find a bugger on every high staff, and every reactionary bone in any general not to the left of Stalin. It ain't right.

Now, I am forcing myself through a van Gogh bio which has already told me how God thinks, and so far it isn't good. Thank God I have this blog to cleanse my palate daily!

He has more intellectual horsepower under his fingernail after a trip to his ear than Berkeley has in a building, and that's if the building is full of janitors.

A sentence worthy of Mark Twain himself.
As Johnny Glendale points out, Mark Twain's works can be downloaded freely and legally. Project Gutenberg is one place to go.

I've perused the homeschool shelf from time to time. Even picked up and read some of the books there. I have generally found the more obscure the author, the better the story. I mean, who decided some of these guys were worth reading?? Complete and mindless, mind boggling, mind crippling, anger inducing drivel. Try to explain to my son how wasting hours of his school year is going to be improved by ingesting the decomposing offal of some long departed patron soaking gadabout.
I'm reminded of the scene from Rodney Dangerfield's movie "Back to School", where he received a poor mark on an explanation of the symbolism of a book. His comment was "who does she think I got to write it?".
Some of these "higher education" humanities professors really think they are God's gift to the humanities.
DoHS

AH! Well-honed, finely focused criticism of those who desperately need it. Luv ya, Mr. Sippi!