Old Posts People Are Reading For Some Reason, Example 43.7 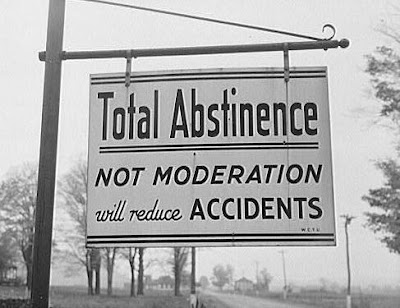 You need to keep in mind I'm not like most people. Your mileage might... will most definitely vary. I once bummed across Guatemala, by bus and hitchhiking, with fifty bucks and a machete. I was fifteen. That was easy. These got me fuming, over and over. Remember, "frustrating" is not exactly the same as hard:

I've done this a whole bunch of times at this point. It has never gotten any easier. There is a paperwork and voicemail labyrinth involved with setting the bole of a tree in a hole that makes walking on the moon look straightforward. Hint: the telephone company owns them.
I am neither a good bass player nor a good singer. Imagine doing both badly simultaneously. I find it much easier to play the guitar or drums and sing, even though I stink even worse at playing those. The closest example I can offer to uttering sounds while fretting (over) syncopated rhythms, is juggling. You can't ever look directly at one ball or you'll drop all of them.
Like the phone pole, but more of a tag team beating. I've been responsible for hundreds of building permits in a handful of states for almost every kind of construction. It's the strangest gamut of Bureaus of Silly Walks interspersed with jailhouse lawyer neighbors you can mention. I was trying to build a little house on a plot of land that was laid out as a houselot since the seventies, in a little neighborhood near here, and a doughy neighbor woman dressed like a four dollar hooker got up and and said: "I'd like to read a prepared statement." This, in a room with a wobbly banquet table and few bockety folding chairs, presided over by four commisioners who were dressed in Sunday go-to-hell yardwork clothes, and me.
People who are in unions that just collect dues and waste it on bribing state senators have no idea what I'm talking about. If you've ever been in a real union that takes an active interest in eveything a member does, you'd know it's more constricting than being a comedian in North Korea.
No one fixes their car anymore. Not changing your oil, and so forth, mind you, but effecting repairs so you can go to work. Used to happen all the time. Before emissions inspections, they just checked to see if you were sitting on milk crates to drive, made sure the horn worked, that the tires didn't have inner tube showing, and that your ball joints weren't dodecahedrons. Mine were. I took the car apart in my mother's garage, and started banging on a giant steel tuning fork to pop the conical part from its tapered lair. I banged on it for two solid days before I got it loose. When it came loose, it fell on my foot. When I got done swearing and exulting, I realized there was another on the other side.
I had to do it. I did it. I have no idea how.
People who live in apartments, in cities where every square inch of everything is paved, like to write comments on blogs at three AM on how wasteful and unsustainable a lawn is. They're missing the possibilities lawns offer for population control -- because I swear if you tried to grow a little patch of grass around your house for your kids to play on where I live, you would have taken your own life by now.
My first plumber was named Leaky. His name was an exaggeration. "Leaky" would indicate that at least some of the water was still in the pipes. After him, came Squeaky. He was a good plumber, but very strange, and now very dead. Dead is a bad attribute for returning calls. After that came Sully. I should have recalled that the shortest book that could ever be written would likely be Famous Irish Plumbers. All the trouble in Angela's Ashes could have been avoided if anyone in Ireland understood righty tighty lefty loosie, after all. Sully cut a trench through the center of my second floor that left overweight him, underweight me, and one quarter of the footprint of the second storey being supported on enough lumber to make a rickety hummingbird house. "Don't worry; wood is strong!" he said, while walking to the edge of the property line with his feet barely touching the ground.
I've built damn near everything at one time or another. I unrolled the plans for a little skiff, and while searching in vain for anything that resembled a rectangle, I realized that even the stuff that wasn't curved had beveled edges.
Anything that resembles what I would consider a good education is unavailable at any price in the United States at this point, so I don't spend a lot of time wondering what else we should be doing with our kids. But I wouldn't mind if when my wife and I went to talk to my children's tormen... er... teachers, they would at least pretend that they didn't think I was just hit in the head with a shovel, and wasn't too bright beforehand anyway. I might be dumb, but my kids can at least learn to change the ball joints in a '66 Fairlane from me.
Posted by SippicanCottage at 11:45 AM

Ball joints, notsomuch, but the .htaccess redirect - man, that is God-like!!

Didn't know you spoke 'nix. Or did you make it even harder than it had to be by doing that on a Windows box? That would just be wrong...

I gotcher ball joints, but it was a '67 Mustang. So, well, yeah. Puttin' new coils on it was a lesson in tool rental, and for my buddy it was a new lesson in tooth removal when the spring, compressed, shot loose of the odd little thing that was ill-devised to cinch it down.

Nothing in that 'Stang build was as hard as growing grass. Well, nothing except sending it off to the junk yard after some turd in a '97 Eclipse T-boned me.

A Fairlane and a Mustang were the same engine and frame with a different body plopped on top, I think.

I figured that was probably the case, but wasn't gonna act like I knew when I didn't, you know, know.

We tried to modernize that thing with coils and disc brakes and a hefty new rear end, but the best part about it remained that inline 6. It was heavy and floated around the road in a dangerous sort of way, but man, the moms of our girlfriends loved it.

I repair my own cars when possible. Sometimes it is just not possible.

Plumbers. Ah, well my story is a short one. We live in a condo development where there is one clean out for the entire building we are in. For the past year, we've had an intermittent blockage - about once a month intermittent in fact. I finally convinced the condo plumber to video the line which he did finding....something - didn't know what it was. It wasn't roots, it wasn't a collapsed pipe, but there was something blocking the pipe.

So he thought he'd give it one more shot with the auger only thing time he was going to use the really sharp pointy auger and cut whatever was blocking the pipe into pieces.

BBZZZZZAAAPPPPP - smoke curled up from the auger motor, the AC cord melted and the entire condo complex went dark.

Apparently last year, the electric company bored a new line replacing the old underground cable and wouldn't you know it, went straight through the sewer line.

The plumber? I asked why he didn't call safe dig (or its South Carolina equivalent) to sound the lines out and this is what he said.

"I've been doing this for forty years and ain't never had no problem before."

I am not sure I understand your story. Your saying a plumber sent an auger down a pipe and it cut an electric line?

If that is the case, I would not blame the plumber. You don't call safe dig for snaking out drains. It would not do any good. Safe dig is not going to tell you when a electric line runs through a sewer line.

But maybe I just misunderstood your story.

Yea I'm with you. The assumption that your blockage is a power line is not an obvious one.
Sipp I'm guessing people are reading your old stuff because you write well. I must have said if before but it bears repeating. You still owe me the last half of a welding story. I don't remember the first half now but I remember it was promised. (sort of like that soda my aunt said she'd buy me the next time we came to town when I was 10 but then never did.(do they still make Tab?))

As a homeschooling mechanic ya gotta remember to block up the a arm before banging on the ball joint or all the force of the banging just gets spent up in the spring. Just like you have some pipe clamps, there are tools to make this job easier, and if you aren't doing it very often, you can get away with tools made in other countries.
I still fix all my cars. Can't afford not to. That's why I don't own anything made in the last ten years.

Hi Leon- Not sure about Tab. You might have to settle for a Fresca. I'd forgotten about the welding story. Have to resurrect it in your honor, I guess.

Hi DOHS- "if you aren't doing it very often." Snicker. I did it once in 1978. The bruise is just starting to heal properly.

Sipp re. "A Fairlane and a Mustang were the same engine and frame with a different body plopped on top, I think."

Take it from an old timer, the original Mustang was a Falcon with a sports body. In the late '60's, I owned/maintained both a '65 Falcon and a '67 Mustang GTA.

Kept the Mustang until 96, when I gave it to my grandson who promptly totaled it.

The Mustang seemed to be more stable, and to have a lower c/g, but it may have been my imagination.

Singing while playing Bass. There aren't that many who can do both well at once. Paul McCartney was a brilliant melodic bassist - but his bass lines simple down on the tunes he was expected to sing live.