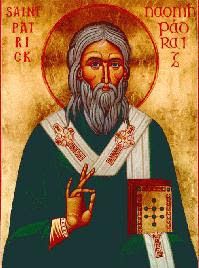 Her uncles found her alone, a little girl sitting quietly in her family home in the county of Mayo. For the Irish, the famine was just the last straw; they had a litany of Cromwell's leftover reasons to leave anyway. So they left in their thousands. Sinead O'Leary was no different -- first to Liverpool; then to Canada; on to Boston. When she finally made it to New York City, now a grown woman and married, she rechristened it New Cork, and no one that knew her dared disagree. She made it so.

She simply refused to remember anything unpleasant, and seemed to forget nothing else. She regaled her children and grandchildren with stories of Cuchulain and Medb, faeries and wee people, Naomh Padraig and his clovers and snakes; a living encyclopedia of fun and fantasy.

She saved what little money came her way, and bought and sold things. Her long lost relatives would send her this and that from the Auld Sod, and she'd sell them to Yankees who collected such as her family had, as if the Irish were as exotic as Babylonians, not right across the Irish Sea from their own forefathers.

One fine spring morning, she opened a package her uncle had sent. Inside, sheepskin glowed with monastic filigree. A Bible box. She knew the Lord's word was on those Latin pages. Oh yes, she knew. She was wise enough to know that there was a devil of a ransom in it from a collector, too. She left her trail of gossip breadcrumbs here and there about what she had, and waited like a spider in the rain. It wasn't long until a trim woman appeared at her door, sent by a colossus of finance to buy it for a mausoleum of manuscripts he was constantly stoking on Fifth Avenue. Sinead was more than ready for her. He wanted it like the damned wanted icewater. Sinead knew exactly how long to hold out before acquiescing.

Into real estate the money went, where it grew like a mushroom, unseen and untended. Then her son invested it for her in the stock market. Soon the simple woman, who still retatted her own lace when it frayed, was rich. She always was, if you asked her, even though her uncles could have told you they had found her alone in that stone cottage, all those years ago, because her parents were dead and gone right outside the door, their mouths green from trying to eat the grass when the potatoes failed.

She was very old when that awful day christened Black Friday took her fortune, just like the famine had taken her family. Her son sat with her on the simple wooden settee she still favored, like a pew in her own church. "It has St. Patrick's clover on it, and to put a cushion on it would be extravagance itself." He told her, gently, that he had lost her money, all of it --over a million dollars -- in one afternoon.

Her son, now grown grey himself, and ruined along with his mother, couldn't comprehend.

Her son burst out laughing. And he knew then, that his beloved mother was placed on this Earth for a reason. They would rise again. Surely. 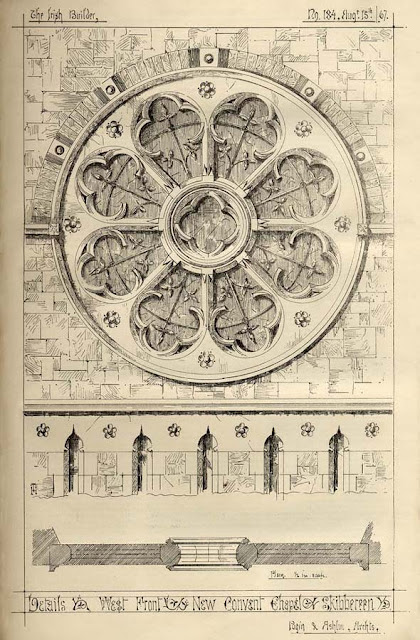 (You can purchase my book of Flash Fiction here: The Devil's In The Cows

)
Posted by SippicanCottage at 4:07 PM

If indeed the Irish are lucky then I wish the luck on both our families and if we are not lucky then in so many ways we certainly are rich.

If we have naught but the shinbone of a sparrow we would share it with the Thuds.

Do you realise that your blog is showing ads for other furniture makers?

Do you realise that your blog is showing ads for other furniture makers?