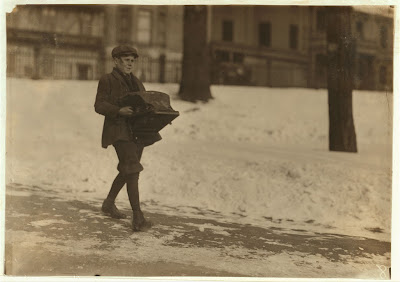 Had a hard-drive meltdown disaster boogaloo situation this week. My computer is an ancient Funkenstein monster of a thing. I can't remember how old it is. It runs XP, and as I recall XP was the spiffy new thing just then when I bought it. I've added hard drives and a network card and assorted other things to its festering hulk over the years. The hard drives were partitioned like the Austro-Hungarian Empire after WW I, and with about as much long-term viability. I had a dash of ones here and a spritz of zeros there and panoply of pixels from pillar to post.

The hard drive that's coughing up blood this week actually died a while ago, and I replaced it with another, but I left the original in the case, hanging on a ribbon wire, as a warning to the other components. I used it as a sort of half-assed backup to the new drive, but it's about as reliable as a brother-in-law, so I've got to yank everything off it now or lose it. I found that not all of what's on it is a copy. There's stuff I didn't know I had.

I found some sort of article I must have written for some other website. The style is too dull for any of my webpages, so it must have been for money. The squares don't like frivolity. I don't remember it being published, and it doesn't turn up on der Google, so I figure I'll recycle it and go back to erasing things. I found it interesting to read, mostly because it's so dull. It's a top-ten sort of list, and I wrote it in 2006. Most people who make predictions hide them from scrutiny six months after they make them. Let's see how six years have treated mine:


Frustration is a symptom, not a disease. When you're frustrated, it's generally because you're trying to accomplish something, but circumstances conspire to keep you from achieving it. There's a moment of peace that generally comes to those that abandon lines of attack that are too arduous because of extraneous factors: I've done all that I can, there's nothing more I can do.

Frustration is the meat and potatoes of people who wish to predict future trends, though. What are people trying to do, over and over, despite how difficult it might be to do it? That's what people really want; they prove it by how much crap they'll put up with to get it. Do you remember the busy signal you got trying to get online ten years ago, just so you could look at a few pages of text or a picture of a girl with her clothes off? The potential of the internet was shown by the amount of discomfort people were willing to endure early on to get just a glimpse of it.

10. Blockbuster Video- It's got the smell of death on it already, doesn't it? The idea of going to a bricks and mortar store to get a copy of digital information is going to seem as useless as drive-in movie theaters do now. The only difference is that drive-in movies seem quaint. A video rental store will seem like a shuttered crackhouse.

9. Stuntmen- Sticking with the movie theme here, who's going to pay another person to get blown up in a car and pushed over a cliff when a computer can just put that guy there with a few mouseclicks? Lots of jobs like that are hanging on by the skin of their union teeth in Hollywood right now. Bye Bye.

8. Movie Theaters- Yeah, I said it. When the screen at home gets big enough -- and you're tired of listening to rap song ringtones and mindless chatter all the while the movie's playing, with your feet stuck in a congealing puddle of $6 soda -- you're never leaving the house just to see a movie, ever again.

7. A Written Check- When someone whips out a checkbook at the checkout line at the supermarket, what do you do? You'd be a mass murderer if you acted out every tenth fantasy you had about those people. It's going to seem so quaint, scratching out a little promise to pay people on a slip of paper, like a note from your mother, the bank.

7. (part B) Your Signature on Much of Anything. Never mind a check. With all the ways they have of identifying people, and the neverending cycle of identity theft and countermeasure, pretty soon you're just going to put your thumb on a pad, or your eye in a scanner, or wave your subdermal barcode thingie at something, and your transactions will be complete. I'd sell my stock in BIC pens, if I were you.

6. Paper Money - You know, adults never have any of that stuff on them, unless you're a drug dealer or a stripper. Or a congressman from Louisiana. It's the mark of the rube or the criminal already. And the laser printer/Treasury Department Mutual Assured Destruction countermeasure broadsides have been fun, but paper money is silly. And any government that collects more than half of what you make (that's all of them, as far as I can tell) isn't going to ignore forever the fact that tax collection is sometimes- how do I put this delicately?- overlooked in cash transactions.

4. Wired anything - If you're of a certain age, you remember the first telephone you had that didn't have a cord. A little older, and you treasure the memory of the first phone you had that allowed you to leave your house and talk into it. You didn't care if the battery weighed forty-four pounds and lasted ten minutes. Don't get me started with getting out of your chair to turn the channel on your TV. No one's going to accept anything that needs to be plugged into anything alse pretty soon.

3. Light Bulbs - Edison, we loved you. But the time has come to stop burning a little wire really slowly in a glass bulb to see what the hell we're doing after the sun goes down. And don't give me any of that compact flourescent crap either; we can find better ways to illuminate things than exciting rare gases in a gossamer glass tube. That's rationed whale oil thinking. LED's, anyone?

2.Telephone Poles -There's nothing more ubiquitous, and nothing uglier, on display everywhere you go than that endless phalanx of tarred tree boles with wires strung from them. The idea of getting your electricity from some smoke belching factory via four hundred miles of copper wires, and getting telephone service brought from even further, all so you can plug a cordless phone into the end of it is going to seem as bizarre as it is, and soon. Power generation will be local, or even better: on-site at every house, and everything will be beamed to you. Power outages will seem quaint.

Posted by SippicanCottage at 1:46 PM

Email ThisBlogThis!Share to TwitterShare to FacebookShare to Pinterest
Labels: 2000s, Bits of my life pulled out and flung on the Internet floor

Not bad. What would you put on a list you composed today?

#2 is very interesting from 2 or 3 sides. One would be my farm, which Could generate it's own power from cow manure, at a real cost way over the cost of hydro power, but the tax payer could be put on the hook for subsidizing it. I'll decline your money for now. You're welcome.
Another point would be that the average house doesn't use that much power, if they have gas, so they could get by with on site sources.
Next would be gov't mandates and interventions which cause the average person to not be able to afford or have restrictions on what is available to them, thereby what they can do for themselves is the best they can get for themselves.
Which completes a circle of "I better build that on site generation while the subsidies are still available." I'm Sorry.

Texting? Did you see that coming?

I just read an article about the guy who created/owns Paypal -- and he noted that when he was a kid he thought we'd be in flying cars by now....[he's in his mid 40s] -- instead he said "we're 140 characters."

Hi Harriet- Thanks for reading and commenting.

Texting is a good example of something I would never have figured. It's just email, which is plenty useful, and covered by the death of the Post Office in large part, but the idea of typing little messages with your thumbs all day still mystifies me.

My sons and his friends regard email as something akin to calligraphy on vellum, delivered by horse.