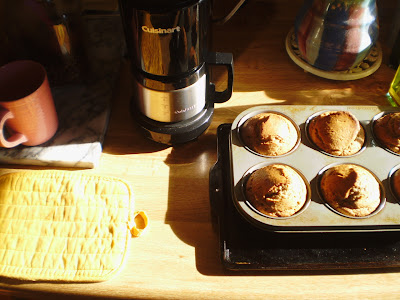 The secret to life is to do the same thing over and over again, as long as the thing you're doing is pleasant in the first place.

Every Al Green song sounds more or less the same. That doesn't matter because the first one was so fine. It leaves you wanting more of the same.

"More of the same" is what most people get for breakfast, lunch, and dinner. The problem is that you don't really like what you're doing, or seeing, or getting, or listening to in the first place. You feel compelled to do it for myriad reasons, and you hang in there for as long as you can, because you don't want to feel strange or left out or old-fashioned or something. Then you take a handful of pills for breakfast to get through the day. Something's busted.

I get up first in the morning, usually just before the sunrise. I do not have an alarm clock. To sleep until you're done sleeping is a great gift. People assume that since I rise so early that I must have some sort of military regimen. Not so.  The alarm clock is a dread lord and I have beaten it.

I dress in the dark and cold these days. I must make the heat if we are to have any. You might think this an imposition. You could think of it that way. There is an oil tank in our basement. It is a totem of a lost heat civilization that once worshiped in our basement. It holds 275 gallons of fuel oil. That would cost maybe $900 to fill, if you still had at least a puddle left in it. Even if the elderly furnace that was the oil tank's partner in crime still worked, there is no way I'd put that many quarters into the game. So making the heat might be considered an imposition; but the oil tank  is an obscenity.

You appreciate things more if you know the true value of them. What is lost, what is gained. We cannot do everything ourselves, of course. But what we give to others is precious to us, and so we tend to have an appreciation for what we get in return, more than if we were swimming in money, instead of the last decade's septic tank.

My wife rises a little later than I do, and I know she's awake because the ancient water meter under my floor goes tick tick tick. She comes five minutes later with two cups of coffee for us to share in my snug little office, and we wait for the sound of the little one's feet hitting the floor above us.

Today she was late, and came with pumpkin muffins, too, warm from the oven. I could do this every day forever and ever.
Posted by SippicanCottage at 3:09 PM

Satisfaction is not necessarily having what one wants, but wanting what one has. I agree wholeheartedly that the simple pleasures are the best!

I had that feeling last week over some goody that we shared as a family. Ice cream or something like that - it is a happy experience.

Unfortunately, that Van Camp's Pork and Beans song is now stuck in my head.

I feel that way every morning when my little one lets out a happy squeal or a soft murmur to let us know he's awake and ready for the day.

Routines are wonderful, when they are the simple pleasures that make life worth living.

I like the muffin idea; may have to try it one of these days...

"I could do this every day forever and ever."

My favorite kind of day. And even better... realizing it when you're in the moment.

Unlike me, you are able to paint such a morning with words in a way that the result is art.

Thank you for that.