Welcome To The Buckets Of Blood, Son 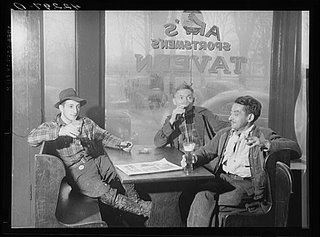 The Heir had a happening at our house yesterday. He called, or texted, or Facebooked, or Skyped -- or some damn thing -- three of his friends, and invited them over to our hovel to take advantage of the eight inches of packed powder on our twelve-pitch unshoveled driveway. They assembled all sorts of slippery things and bombed down to the rocky three-foot drop into the back yard, over and over, and wouldn't rest until they fell over it into the thistles. Then they sat in the snowbank out front like off-duty Cardinals or mobsters and decided things. The Spare tagged along in glorious me-too fashion.

We bankrupted ourselves to feed them all pizza after they got too cold to tire themselves out anymore, or got too tired to freeze themselves anymore, or most likely got too bored to be tired and frozen anymore and came inside.  They bivouacked like bedouins in the living room, and killed each other mercilessly on the screen for a while. The little one circled them like a sparrow in a McDonald's parking lot, and seemed to think it was funny to look at each of his brother's friends in turn and say, "Take a bath, hippie!" It was all meet.

The heir later approached me in a manner I can identify at ten paces. He's going to ask me a question he expects to hear No after. A little hangdog. Peaches' dad plays country music in the lodge at the ski area, and lets Peaches play along with him. He says I can play too. Can I go.

When I was just a couple years older than my son, I began playing for money in roadhouses, or, as my father used to call them, "buckets of blood". I supplied the soundtrack to the Sack of Rome With A Two-Dollar Cover three nights a week for a good, long time. I had to support myself and needed the money. I eventually ended up in about as well-paying and benign an appendix of the non-original music business as you can name, but it's not a wholesome industry, even there. It's hard for me to hand the kid over to it. I said yes.

It's as salubrious a situation as he's going to get. The operative words were "Country Music." The persons arranging for entertainment to be presented to bunny-slope refugees near the fireplace have to have a rule of thumb to use to avoid having the Anal Lesions Of Fiery Megadeath Massacre Of The Innocents playing at flight deck volume and driving people out into the parking lot. No matter what any rock band they hire to "entertain" says when they're trying to get the gig, they don't care what the audience or management wants to hear, and don't care if 110 decibels is a lot of decibels. "Country" is a code word for quiet and inoffensive.

There was an amusing list of The 50 Greatest Guitar Riffs In Rock and Roll making the rounds of the aggregators last week. It's gargantuanly misnamed. With very few exceptions, it's really 50 Random Ringtones A Plumber's Heavily Tattooed Helper Might Like, Gleaned From Songs Nobody Female Will Sit Through If Played By A Cover Band. My son is being trained to know better.

He does have music lessons, but they're almost entirely on an autodidactic basis. He's taught himself most everything he knows, and has bought his own instruments with money he earned himself. I did give him some advice, though, I'll admit it. No; not advice exactly. It was too gruffly delivered to be advice. I told him to learn songs, all the way through, and learn the words and sing them as best he can. I told him no matter what happens, to keep going. I told him to entirely ignore what anyone male says they want to hear, or to play. Otherwise you'll forever only be able to play The 50 Greatest Guitar Riffs In Rock And Roll, wrong, while the clerk in the music store rolls his eyes -- because the music store and your friend's garage and other assorted sausage fests are the only place you're ever going to play. He took that advice to heart.

They stuck him out front after about five minutes and played along with him, and after a while he played some songs alone because they can't keep up. The snow bunnies crowded around him after while he sipped his root beer.

We're almost all done with him. You can have him for good, soon. Our loss.

[Related: Money Changes Everything]
Posted by SippicanCottage at 10:45 AM

Email ThisBlogThis!Share to TwitterShare to FacebookShare to Pinterest
Labels: Maine, songs i've performed in a chinese restaurant in los angeles in the 1980s, the heir, the spare, VMBPBGFADNV, winter

Dig the shirt. And the everything else. And the fact that his dresser makes me tired of seeing things that people still have, but all I can say about them is "I used to have one just like that." Why don't I still have anything?

Good luck letting him go, I'm just starting to cling dearly to mine.

Some guys are fathers; you, Sipp my man, are a DAD!

Be proud, and scared; you've earned it.

A life devoted to art can provide a permanent escape from the jaws of the matrix, or it may involve turning oneself in to the authorities and and furnishing their entertainment. The devil is always waiting at the crossroads.

Hi everyone- Thanks as always for reading and commenting.

Andy- Our neighbor teaches writing teaching to teachers. He gave the Heir the shirt. LOL on the dresser. I made it fifteen years ago.

Hi Sam- I'm a bad dad. But I rely on pass/fail grading for such things.

G Bob- I see you know exactly what I'm talking about.

I'm pleased he'll have something lucrative to fall back on after that career in chartered accountancy craters.

P.S. He knows, I assume, how much he lucked out with parents.

He'll forget it soon, but he'll remember it a decade after that.

Ha! Of course, he is working hard at his chartered accountancy education as well. He's got an internship at the Crimson Permanent Assurance.

And you? Put the kettle on!

The little one circled them like a sparrow in a McDonald's parking lot, and seemed to think it was funny to look at each of his brother's friends in turn and say, "Take a bath, hippie!"

I thought it was pretty funny, too...

Also, what everyone else said. You and Mrs. Sippy have done a fine job.

I'm glad you didn't let him remain a soprano the way some other more exploitive dads woulda done. He's going to make you filthy rich one of these days.

And say that they pay you to drive one.

You've done a fine job with this one, Skipper. Keep a close eye on the currents coming out of the harbor, they can be a bit tricky. When you reach the open water hoist the mains'l and let it run. You've got a fair following breeze and it should be smooth sailing ahead if you keep a good watch to stay away from the shoals. Bon voyage.

Heh - kind of reminds of the first time I asked my Dad if I could play "for real".

As parents, both of you have done a heck of a good job - so has he.

Days to savor, these are.