There's A Term For "Students Who Studied Alone, Read And Wrote More," But They Dare Not Utter It 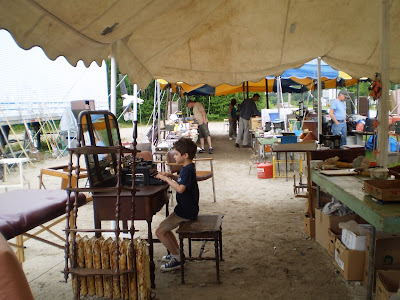 CBS News is, as usual, staggering around the landscape discovering their butt with a dim flashlight. Or, more precisely, they've discovered the south end of a couple of northbound academics,  who can't ignore the fact that the largest thing ever attempted by man -- the American public school system, joined at the hip to its defective cousin, the Kegger/Science of Harry Potter/Six-figure University Extravaganza -- is turning out illiterate dullards. College students not learning much.  The heck you say!


I always love persons academic turning into Sargent Shultz when anyone points out that most children enter college with no measurable intellectual skills, and exit with nothing added but debt. Why is our children dum? Beats me. They certainly get very matter-of-fact if anyone suggests teaching children important objective things in a serious setting and testing them to see if their teachers suck pond water. Accountability smells like the great unwashed to them. Can't have the peasants demanding results for their quarter mil. Devotees of the modern approach to learning don't like it when you point out that critical thinking requires knowing things, hard factual things, so you can tell if someone's pulling your leg or not. They'd rather that critical thinking consist of half-remembering the prejudices of your teacher on cue. But they can't even get the kids to remember those. Taking that word out of Huckleberry Finn and another hundred billion in school loans oughta do it.


What exactly does the study observe before ruling out the Conclusion That Dare Not Speak Its Name? Here's a couple things:


I know some kids who study alone, read and write more than other students, have more rigorous and traditional course material, and restrict socializing to social engagements instead of robbing it from educational time. They work inside and outside the home and help their neighbors, too, but it doesn't interfere with their education.

But remember, don't mention the homeschooling approach to education. Maybe we should call it KinderCollege or something, and avoid some of the sneering. We're already mailing in the money for the school system and not sending the kids. Not much more we can do on our end.
Posted by SippicanCottage at 1:11 PM

Email ThisBlogThis!Share to TwitterShare to FacebookShare to Pinterest
Labels: homeschooling

As Randy Newman put it in "Rednecks" - "College men from LSU. Went in dumb, come out dumb, too."

Off topic, but I'm not sure where else to mention it, Vanderleun says you have a tale to tell...

Homeschooling for college definitely has my support.

Don't forget to point out to the overeducated that public school is a zero-sum proposition, to wit:

Every hour spent "teaching" Heather Has Two Mommies is a never-to-be-regained hour not spent teaching kids how to read, spell, count, or know anything about the lessons of history.

Seems simple enough to me.

You made me think of a story, myself, dear man. Children's books aren't what they used to be.

I will tell my tale tomorrow.

I learned a lot in my undergraduate science program. Although I was a chemistry major, I was selected as the outstanding Physics undergrad for the entire university. I guess there weren't any Asians going to Auburn 30 years ago (that is not a slam on Asians, someone has to succeed academically, at least they seem to work for it).

Of course, when assigned a few of the calculus problems at the end of the chapter, I worked all of them.

Funny story about that. The professor refused to help me with calculus problems that he had not assigned! Always thought that professors hated that students had little interest in the subject. HA!

Ten years latter, while in a graduate Physics program, working every problem in the text was still considered weird. The professor gave me the text teachers guide so I could check my own answers (at least that was helpful).

The big issue with college students is that since no one is allowed to fail, why should they work and suffer to succeed? They aren't stupid, they just respond logically to incentives. Colleges want to produce ignorant, liberal parrots, not knowledgeable thinkers because thinkers would quickly penetrate to the empty heart of the Marxist agenda.

Only problem: We can legislate away failure within the US. We can't get the rest of the world to agree to join the "Idiocracy."

Once again an Ed school fad is disproved.

Given the nonsense like the above that the Ed schools push, it is a miracle that there are some competent teachers. Unfortunately, for the most part their competence comes about in spite of what they learned in their Ed school classes.

When I went to college in the early '60's, the rule was that we were supposed to do the homework problems alone and I did it that way. In the late '60's in grad school, we worked in groups. I liked the groups better and actually think group work can lead to greater learning. Of course, the group has to function right in that it cannot just carry any member and the members must have complimentary skills. For example, in the grad school group my skill was reducing the physical world to math, and other members of the group were better solvers of the resulting formulations. I think we helped each other.

Today I teach undergraduate engineering and encourage group work on homework problems and individual work on tests. I think that is the optimum arrangement.

Working in groups can work under certain circumstances, but education professionals don’t understand what the circumstances are..
One of my math profs at Berkeley liked to put the students in his Introduction to Mathematical Analysis class into 4 person groups, and have them work all the problems out among themselves. This was the class for math majors that taught them how to do rigorous math – study of the real number syste, field and order, axioms, completeness theorems, uniform convergence etc. The class worked. Why… motivated students, working on very hard problems, and a teacher with VERY high standards for the students.
This is the same professor who was asked by one of his analysis students (me), “President Ford has just granted Nixon a pardon. Why don’t you grant your analysis students a pardon for the upcoming assignment?” He smiled (I thought somewhat condescendingly) and said in a thick French accents “Ah, but for them, a pardon would be a deception.”