Hey, Did You Hear The One About The Italian Scientists That Invented Cold Fusion? 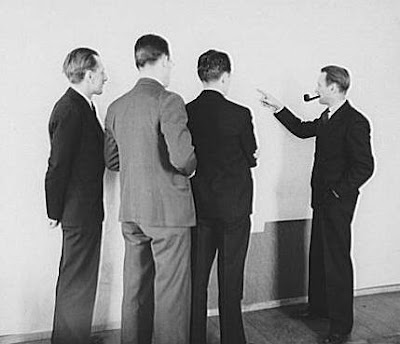 I'm sorry, but I can't hear the term "Italian scientists" without thinking of a rabbi and a priest going into a bar, or a blonde woman asking for directions, or any number of trite joke openings. It comes from growing up in a town full of Italians, who only told Italian jokes. People used to have a sense of humor about themselves. Now everyone is Woody Allen: If I stub my toe, it's a tragedy. If you fall down an open manhole and die, it's a comedy.

Despite the intense skepticism, a small community of scientists is still investigating near-room-temperature fusion reactions. The latest news occurred last week, when Italian scientists Andrea Rossi and Sergio Focardi of the University of Bologna announced that they developed a cold fusion device capable of producing 12,400 W of heat power with an input of just 400 W. Last Friday, the scientists held a private invitation press conference in Bologna, attended by about 50 people, where they demonstrated what they claim is a nickel-hydrogen fusion reactor. Further, the scientists say that the reactor is well beyond the research phase; they plan to start shipping commercial devices within the next three months and start mass production by the end of 2011. (Physorg.com)

My favorite part is when they explain they can't get their wonder "peer reviewed" because they don't know why it works. "Peer reviewed" is my favorite blog comment term now, useful for spotting windowlickers on the Intertunnel. Among people who think this, this is what they think.

I love, love, love the video they have appended to the Physorg article. Their rig looks like a welder and a TV repairman set up shop in the back room of a deli. The scientists should have lied and said it was a Globalistical Warmening experiment, and they could have driven to the press conference in Ferraris, and sat on thrones instead of folding chairs at a card table.


Need cheap energy? Enrico Fermi has a funerary monument in a church in Florence, right next to Galileo and Marconi. Just hook up electrodes to his corpse, and tell him you invented cold fusion but don't know how it works. It won't be perpetual motion, but he'll spin for a good, long time.
Posted by SippicanCottage at 10:10 AM

Email ThisBlogThis!Share to TwitterShare to FacebookShare to Pinterest
Labels: She blinded me with science

I applaud them for trying despite everyone saying it can't be done.
That's what brought about most of the true scientific breakthroughs in all of recorded history.

Of course the chances of actually making it work are slim, but that's not the point.

If everyone just did what the "concensus" is as proclaimed by the loudest shouters, we'd all be true AGW believers...

I have been to Santa Croce. Nice basilica. Also in there are monuments to Michaelangelo and Rossini - so there could be some music and maybe a nice bit of art to go along with the cold fusion. While they are at it, could they make me a cold sammich? Thanks...

Hi Anon- We also admire tinkerers here at the Cottage.

Hi Sixty Grit- I've been there, too. Only real vacation my wife and I have ever had. It was lovely there.

Hey, they made lots of radio receivers using point contact diodes, i.e. crystals, and didn't know how they worked for a long time.

We still don't have a definitive theory on how high temp superconductors work, but they do.

For that matter, what's an electron?

I say, keep experimenting until you lose interest. Got to get past the collecting butterflies stage of science before you can develop theories.