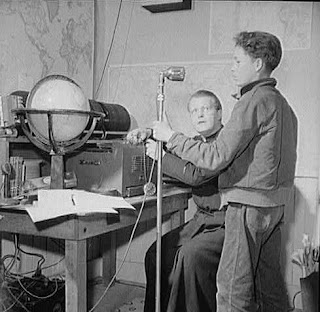 I spent most of the last two days being interviewed on one talk radio station after another. I won't try to get a copy of the one from this morning a 6:35 AM, but I can approximate a transcript for you if you like:

Host Someone or Other:
GOOD MORNING GREGORY!!!

Host Someguy:
IS OBAMA THE ANTICHRIST OR IS BP HITLER?

Host All Caps:
FASCINATING. IT"S AN OUTRAGE!!!ELEVENTY!!1!!1 NOW FOR THE TRAFFIC

At any rate, I'm making a book tour without a book, which is hard. I wrote an article for Pajamas Media, and the whole world looked at it. The Talk Radio gods must be appeased.

According to one radio host, I must be some kind of wild-eyed socialist who wants to nationalize the oil industry and bankrupt the federal government. A couple hours later I was Karl Rove's pool boy. Me? I just found an interesting story and wrote it down as best I could, same as usual -- because the water bill came.

PS: I started a newspaper.

Denny Schaffer on 920WGKA in Atlanta was a hoot, and was pleasant as could be to me while I was on hold.He's got a podcasts of his show here.

I stole the one I was on. Slide the slider over to 41:30 to hear me utter the syllable "um" more times than Diamand Joe Quimby and Ted Kennedy combined, which they already might be.

Posted by SippicanCottage at 12:33 PM

Good work and congrats on the newspaper.

The hair boom thing was huge out here on the Worst Coast for a moment. I guess the spirit of the gesture came from a well meaning place, but you begin to realize that not many people paid too much attention in the shower or their intro bio/science classes.

Huge props on the newspaper (and if you ever need a Worst Coast correspondent, I work cheap).

I had read your article on PJM earlier in the week and hadn't made the connection. Wonderful news to hear of your current ventures and all best wishes to you and the family. Excellent!