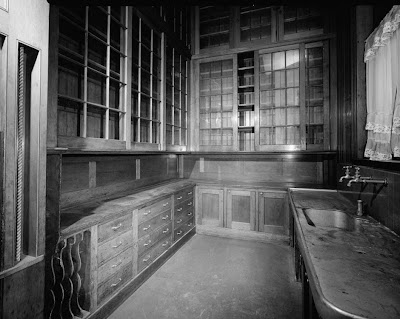 A man chained to an oar is not responsible if the ship runs aground. Hell, if you run aground, the guys in loincloths and shackles riding in involuntary steerage should get a raise the farther up the beach you end up. It just means they're pulling hard.

I was way, way up on the beach at this point. Standing in a dank cellar with a weirdo, abandoned by Angel and the angels. I looked at old Pecksniff, and knew any small-talk approaches to smooth things over I had left in my bag of tricks were going to stay in there. I had stuck with the program long enough. Angel was a coward, but he wasn't wrong. The place was creepy, and the weird waxwork dude running the place was getting creepier by the minute. Time for action.

But it's an interesting kind of "action" you're allowed in this life, at least if you're born into the traces. You can't just do whatever you want. Life for me and my friends was something of a lark, it's true. We felt we were lucky to be spared a real career. Upward mobility was a term of art for us. The nuns would turn and point to the picture of Kennedy they all kept on the wall, and intone: "See, children, anyone can be president if they want to." Yes, we all have the right to be born rich and well-connected. Or shot in the head. Or something. They might as well have told us we could all have a baby because we were all human.

"Action," for people that drift through life with a boss in their ear, a Guinness in their bellies, a song on their lips on a Friday afternoon, and ten cents in their bank accounts at all times, consists of cooperating as little as is required, bumping along, and only actively dragging your heels when things have gone south already. No frontal assaults on the established order ever pay off. "You're not the boss of me" doesn't work when the object of your scorn most decidedly is. And most everyone is, in this world -- or knows the judge. So you learn through painful experience not to telegraph your punches. What did dad call it? Keep your own counsel. Talk all the time; say nothing.

Well, this place had gone south to the Goddamned equator as far as I was concerned, but I wasn't dumb enough to tell Pecksniff that if he was planning on making an oil portrait of me, he should hurry up because he was going to be doing it from memory from here on in. I was going to fib as little as necessary to get to the property line and never darken this already stygian doorstep again. If I even gave him an inkling I was abandoning my post, he'd be on the phone to young Charlie in an instant, the receiver would be handed to me, and I'd have to hold it two inches from my head or go deaf. And stay. I had to do unto others as Angel had done to me. Tag is an Olympic sport in the building trades.

"This area is fine for setting up shop." I backed toward the stairway leading up. " I'm going back to the shop and help my friend with gathering... um, gathering the materials for the list." Halfway up the stair now, Pecksniff standing at the bottom, looking like he's not believing a word of it, but, who cares? "Someone from our office will call to... to... confirm our... us... when we're coming back."

I was home free at the top of the stairs now. I couldn't picture Pecksniff running up the stairs to catch me in the driveway. I'd call in sick or find some other nonsense to tell young Charlie, and he wouldn't believe me any more than Pecksniff would, but so what? He'd have to send someone else, and the deed would be done.

If it were done when 'tis done, then 'twere well
It were done quickly...

I froze. Something was not right. That's really saying something, in a place where nothing was right. I was in the little roundabout room, and I looked at all the doors leading out, and recognized the kitchen in an instant. There was a noise in there.

I looked back down the stairs, and Pecksniff was gone. Back to his shrine, to atone for my intrusion? Who knows? Maybe he was tired from a long morning of tormenting contractors and needed to hang upside-down for a while to refresh himself. The noise couldn't be him. It was a sort of drumming sound, down in the bass register, and a nasty, high-pitched hissing, muffled and indistinct, and it was coming from the kitchen.
Posted by SippicanCottage at 1:35 PM

Oh, goody. We're getting to the EEVEIL part.
Every body slurp your beer and get ready.

Great stuff! But distracted by lust for that kitchen in the photograph.