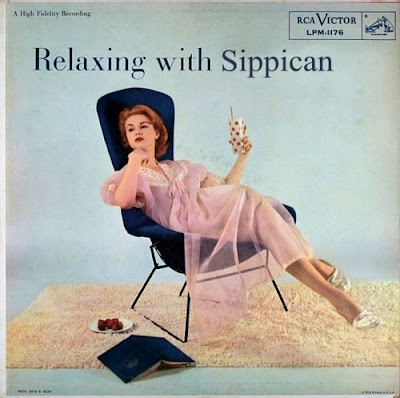 I know you like the back of my hand, dear reader. And right through these here Intarnets, I can feel the vibrations and emanations. Your chakra and your aura and your vibes come through, and as I lay my hand on the CPU, I can hear it, in my very bones:

what about the eighties?

The seventies were dreadful; stop talking about them! You're harshing my mellow!


Honing in on the signal now:

Please, god, I wasn't born yet. No more Lulu!

OK, OK, what about the eighties? Was the music any fun?

Why yes, it was. But it takes more rooting around in it to find good stuff left over from the eighties. The most popular song in the eighties, ten weeks at number one, was Physical by Olivia Newton John. Or as we used to call her in our little LA combo back then: Olivia Neutron Bomb, referring to her ability to clear a room, leaving only the furniture.

Land sakes, look how bad the most popular music was in the eighties:

Sorry. I'm not channeling Howard Dean; it's just that I got to that last one-- whom I renamed DOA Meatwagon -- and I felt the urge to plunge a number two pencil into my eardrums.
The first thing I ever wrote was twenty-five years ago or so, a review of the DOA Meatwagon show at the Providence Civic Center. I've never met a more loathesome bunch of people than those guys and their entourage. My friend Steve LaBadessa is/was a photographer, and got a superb photo of the security guards dragging some drug-addled schlub out of the arena, none too gently, either. When the guards got done thrashing him, they turned towards us, saw the cameras, then decided perhaps the photos of the proceedings would be best if unpublished -- and came after us. We fled like footpads, them in hot pursuit, our press credentials waving behind us like a Sopwith Camel pilot's scarf.

Look, this isn't going well. It wasn't that bad. Let me show you the best of it, the encapsulation of the zeitgeist in pop music, and still damn good fun: XTC

The eighties were a time when the world was waking up from a kind of torpor, or stasis. New possibilities were opening up. The shooting wars had calmed down a bit. And the ideas from the technology and commerce side of the aisle were ascendant, and things got downright hopeful compared to the enuui mixed with depression the seventies encapsulated. My high school yearbook in the seventies had a two page spread that simply had the word APATHY printed in big letters across it. Hey, don't knock it 'til you've tried it; when you're taking a beating, sometimes it's best to curl up and wait for the blows to stop raining down.

Anyway, XTC encapsulates the marvelous and clever hive of activity that eighties music was, if you scratched the chrome off the arena rock bumper and looked a little deeper under the hood. They embodied the ideal of a few talented guys writing quirky, pleasant, tuneful ditties for our --and their own -- amusement. It was nice to see people look like they were having fun, and not taking themselves too seriously for a change. To paraphrase Jeff Lebowski- God, I hate the Eagles.

XTC look like dweebs, and they are. The lead singer and one of the founders, Andy Partridge, canceled a whole tour because his wife hid his valium, and he was terrified to go on stage without it. He really belonged in a cubicle somewhere, or a library or something. He wrote songs about his comic book collection. His sort of Star Wars action figure collector comic book guy ugly guitar buyer home studio recorder computer geek TV Guide obsessed Avengers wannabe persona didn't exist yet then in pop culture. Everybody's like him now.

We dragged poor Andy out onto the stage he feared so, to distill the intellectual and the artisitic and the pop culture wag "vibe" into those toe-tapping songs. My, they were clever.

Enjoy it. I did. You've worn out your Talking Heads records anyway.
Posted by SippicanCottage at 8:08 AM

Email ThisBlogThis!Share to TwitterShare to FacebookShare to Pinterest
Labels: music

Everybody loved them in high school, but I hated those guys.

But then, when my mom walked in on me watching Lux Interior beating it with a stick on "Garbageman" (on this pre-MTV cable show called video concert hall) and said what is that shit? (my mom never swore) I knew I was on to something.

I hated REO Speedwagon that is.

People around me didn't get XTC at the time.

They didn't get the Cramps either, come to think of it.

I can't fight this feeling anymore, but I'm sensing a regional bias here. REO Speedwagon was my first concert I attended. Those boys from Champagne-Urbana [the closest one can get to Normal in Illinois] were just fine. They were Blazin' their own trail [again].It's O.K., Sippican. I'm gonna' roll with the changes and I'll be ridin'the storm out. I'm gonna' keep on lovin' you. Cuz it's the only thang I wanna doooooo.

Oh, it ain't regional, I assure you.

It was just pop music that went south in the eighties.

Country had some of the lamest garbage going in the late eighties. They ran all the hillbillies out of Nashville and replaaced them with a bunch of rockers who really couldn't hack eighties rock.

I really blame the whole poor music scene on the birth of corporate music.

But what do I know; My music ear is so bad it's not tin; its lead.

WORD VERIFICATION: Strim- a short strum on a Ukelele- at least that's what my Granpa told me once in a bar

The title of your thread drew me instantly, the song is playing in my mind as I write.

The first two 45's I ever bought were 'Milk and Alcohol' by Dr Feelgood and 'Senses Working Overtime' by XTC.

They are still on my Ipod

My first Albums were eponymous 'The Specials' and 'Madness'

There was good music in the 80's you just had to look for it.

Lux Interior! Can Exene Cervenka be far behind?

Ruth Anne- Music has a tendency to be a kind of aural wallpaper you remember from certain periods of your life. You associate it with pleasant things, period.

Pavlov- All lots of fun. Throw in Squeeze and we're done.

Yeah Pavlov, Madness' "One step Beyond" was short and rockin. The perfect tune for that first generation of the short attention span. I was a big Cure fan. Echo and the Bunneymen were another great band of no consequece. Morrisey and the Smiths were killer. With laugh out loud lines like "If a ten ton bus should run over the both of us us, what a privilege to die by your side", how could you not love em. Throw in some Cowboy Junkies and X. We listened to this stuff on KJET 1490 on the AM dial in Seattle while hitting the dives and witnessing the birth of grunge in the jet city. There was good stuff happening if CEO Chuckwagon and arena rock wasn't your deal and you knew where to look.

Glad to see you ditch the traditional stuff and get in touch with your mid-century modern side Sippican with your picture of Harry Bertoia's Bird Chair of 1963.
I'm sitting in one as I type this and it's very comfy.

Elvis Costello? (First album came out in 77, but anyway)Agree with Squeeze. English beat?

I was an aspiring bass player at one point, and I sent a note to XTC's bass player, asking him what equipment he used. I was not really expecting a response, but several months later (I don't recall if I'd even enclosed a SASE), I got a hand-written note from Mr. Moulding which gave the absolute complete rundown of every piece he'd used on every one of their (then) five albums. I'm afraid I may have lost the letter, but the appreciation of the gesture (and of their music) will last forever. Pretty cool.

To leave out INXS intentionally or purposefully is a criminal offence. Ignorance of the band is no excuse.

MSL- I think mid-century modern is traditional stuff. My objection is to people calling it "modern," as if it means up-to-date. Mid century modern kitchens were great.

Mr. Arthur- Elvis was swell. English Beat, too. How about Herman Brood and his Wild Romance?

I can't believe someone left a comment under the name Asante Samuel. Awesome.

Sipp...I claim a closer relationship with the eighties band Echo and the bunnymaen than is comfortable.....some mistakes live on vinyl.