Make Your Own Fun, Because Accordion Solo Has Nothing To Do With Star Wars 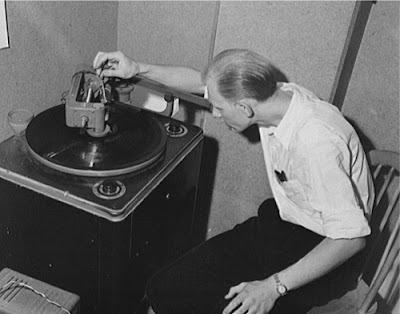 (Editor's caution: There's some mildy salty language in the following videos)
(Ombudsman's note: There is no editor, so you know I don't exist, either)
I'm beginning to think that the only immutable law of my universe is: The bigger the budget, the worse the outcome.

Here. Watch as much of this as you can stand. Don't worry, I'm standing by with a supply of the antivenin for pitch-shifting vocals at the end of this entry.


I have no idea if you'd subject yourself to a Katy Perry music video. I know pop music isn't supposed to be Stravinsky. But come on; there's got to be a million bucks tied up in the concatenation of visual cliche tripe that accompanies a singsong ditty. But there isn't enough money to hire a drummer. I still have to listen to a wan mechanical buhm, chick, buhm, chick for percussion, like any act in a chinese restaurant lounge.

I like these guys so much better. Los Colorados!

You can't argue with that. It's science. Don't be a denier.
Posted by SippicanCottage at 8:02 AM

I don't know how you find this stuff, but I'm glad you do.

For my money, Weird Al Yankovic is a better musician and more entertaining than 90% of the people he parodies.

If I were the groom in that first one I think I would just have dropped the broad with a quick right cross and got it over with. That think is like nails onf the blackboard.

Sorry - preview is you friend. Thing, not think - obvious not thinking.

Limits inspire rather than inhibit creativity and beauty. Many people fail to understand that today, I think. Not that I would object to being cursed with a few extra million dollars, mind you, but were I so cursed/blessed, it would be much harder for me to avoid building a house which was, in fact, too big and too complex for my needs.

I have this pet theory about popular authors (John Grisham, Tom Clancy, Robert Heinlein, etc.) that is similar. When they are young, they are limited by editors, who tell them very bluntly that certain passages are boring and unnecessary to the story. They must also, when young, write quickly so as to be paid quickly enough to cover the mortgage check.

These limits force them to release novels which are tight, concise, and very good. As they get older, more established, and more popular, the limits ease. Editors are by nature more intimidated by the super-popular author (and of course the author undoubtedly less receptive to criticism, ready to ask some idiot editor if HE has ever been on the bestseller list 25 weeks in a row). The authors have enough money to take their time on a book, enough time to write several utterly unnecessary scenes and subplots. The editors cut much less.

The result (in my mind, at least for those authors I named above) is that the quality of the book decreases in proportion to the popularity growth of the author. The later works of Clancy, for example, are tedious affairs with WAY too many subplots built in.

I'm still on the new house quest in Ca....you have me dreaming about evil snouthouses,a few weeks ago I lived in blissful ignorance(quiet a nice place actualy)

Why would I want to be a "a unit of measure for the linear mass density of fibers?"

Oh, but as to the rest of the post, complete concurrence.

"Why would I want to be a "a unit of measure for the linear mass density of fibers?""
this room is too smart for me. i'm going to go play somewhere else and hope no one notices.
leon

Heh. I thought I was so smart in wondering how many know the name of the machine the man is operating.

I operated on just like that, and had a similar one at home. (I wonder what happened to it....)

I still have some shellacs downstairs, nothing to operational to play them on.

Is that a disk cutter? I worked at a radio station that still used them for a certain show host who
made a lot of money for the station so they let him continue to play all his commercials from disks. That was 20 years ago, once he retired the machines were donated to a museum. It was fun cutting the disks, the cutters were in a tiny little windowless closet where you felt you were stepping back in time.

Yeah. They are called Lathes.

I still have some some sapphires I think.

The station where I worked donated their machines to the Museum of Broadcast Communications in Chicago, which unfortunately has closed down. When they were donated, they were still in working order.

Rofl! I hate accordians and I still like the guys better.

It's not just print authors.

Take a look at Mel Brooks' early pictures vs his later ones.

The later one are still funny, but with "complete artistic control" comes the unresisted temptation to pad the hell out of all the jokes.