Each One Is Identically Different 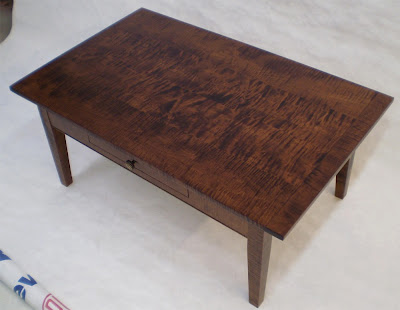 I make things. I inhabit the shadow world between art and utility.

I've always been there. Architecture is my kinda sorta background, and it's neither fish nor fowl in the same way. I drifted away from formal architectural education because they aren't the slightest bit interested in the inhabitants of their buildings anymore. They are indulging their own cranky ideas, and treat the people that use, see, and pay for their misanthropic creations in the same way street urchins pull the wings off of bugs for their own amusement. They massage their egos with your submission to their sticks-and-bricks hairshirt misery and disorienting visual style. Bye bye Vitruvius, hello Doctor Caligari.

According to Oscar Wilde, no real artist pays any attention to what other people want. I don't think he knew what he was talking about. Or more precisely, I think he knew exactly what he was talking about, but was playing hide-the-truth with that observation. We always fall for that one. It's the reason everyone thinks if they simply act dissipated, they're an artist of some sort.

There are many ways to shock. Some are plebeian, and dashed difficult to pull off, so they are rarely attempted by those who know they can go the easy route and simply make things weird and ugly to annoy the masses and cash checks from the glitterati.

People often give me parameters to work within, but they don't bother me, as I've never really made anything for other people, even though I've spent my life making things for other people. I make it for me, and then give it away - for money sometimes.
Posted by SippicanCottage at 7:44 AM

Email ThisBlogThis!Share to TwitterShare to FacebookShare to Pinterest
Labels: architecture, arts, Bits of my life pulled out and flung on the Internet floor

Sort of on point: I had the opportunity to talk to the manager of the Gibson Custom Shop - Rick Gembar - and he said that with CNC gear every Les Paul could be made identical to the next one. But, he said, "I'm not in the business of making commodities". Isn't it the small (but important) differences that give things their worth?

So that PayPal charge was a commission?

Build things in my spare time, with a combination of power (mostly) and hand tools. Before I quit working with my back and started working with my head I programmed and ran CNC machines.

The only thing more amazing than watching a machine create a usable item out of a useless one- and doing it with several tool changes in less time than it would take with a manual machine to do the first setup- is watchng a usefull item emerge from a useless piece of wood, one tool stroke at a time.

Particularly when that item only existed in your mind prior to the sharpness of your tools and the strength of your hands created it.

I've done some writing too (not as well as our host, I'll be the first to admit) and writing generates that same creative feeling, where the use of the right wood/word combinations result in something that is a sum greater than all its parts.

And, the well written piece can be as much an heirloom as the best crafted furniture.

Try doing that with a CNC

Mr Arthur: Isn't it the small (but important) differences that give things their worth?Hope so. Jury's still out.

E.R.: I find writing and making things similar, too.