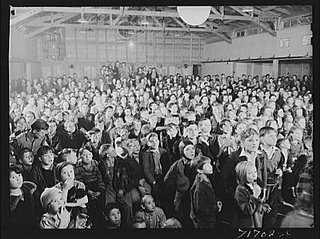 I have a soft spot for weirdos, cranks, freaks, dopes, and the great majority of the minority of strangeness.

I concurrently have a great deal of respect for the mundane, the average, the square, the nerd, the: Hey expecting highwater with those pants? sorts of people.

Apparently, I've got it exactly backwards.

You see, I don' t fit in very well with the second group. Let's call them the joiners. I don't have the mental toughness to work my whole life at the same thing. I don't have the simple piety required to enjoy the benediction of regular churchgoing. I don't have the ability to willfully suspend disbelief enough to watch television and get any enjoyment out of it; I'm always looking at it as a useful catalog of modern day affectations and avarice, but I can't bring myself to look at it as entertainment. In short, many would say, I belong with the first group: "Hey ottist, paint this!"

I don't fit in very well amongst the strange set, either. I'm not able to hide my admiration for the joiners, and that's a deal breaker with the freaks, generally. "It's my way or the highway" sounds very second groupish, but it's really the outlandish brigade that tolerates nothing outside its little world. The joiners just shrug their shoulders if you say you don't watch American Idol, and maybe figure you're a little odd. The freaks will picket your house if they decide your kid's habittrail keeps hamsters against their will or something equally trivial. When I say, against their will, I mean against the freaks' will; the hamsters seem to have no opinion other than a certain enthusiasm for free sunflower seeds.

Have you seen how celebrities, and celebrity politicians order their affairs? Taking advice from them on any topic seems about as efficacious as looking for a dowser on the Titanic after you hit the iceberg. Not. Likely. To. Be. Of. Any. Help.

And I said any topic, because you can't even ask them about their own craft. They don't even understand that, and it shows. How do you explain why a zillion people will line up to see an aging midget, in the third iteration of an adaption of a lame television show about spies, who's simultaneously publicly demanding his third or fourth or fifth wife have a baby without saying anything aloud? They themselves really can't explain it either, so they go to the default position: I must be wonderful.

No. No you're not; you're dreadful human beings, in general -- and in particular, some of you are even worse than dreadful.

Conversely, a great deal of pains are taken to inform me what the great mass of people think I should be interested in. You must like this; everybody does. We took a poll.

I don't go to the water and sewer commission meeting looking for entertainment. Why would I conversely pay any attention to advice from someone who's never gotten up before noon in their life, and demands that their M&Ms get sorted before they eat them?

I met a 75-year-old guy today in a church basement during a funeral reception.

Turns out he was a retired machinist who had worked on planes, rockets, and missiles. The time I spent chatting with him was much more interesting than anything the weird, aging midget has to say, or just about anything on TV.

Simon Cowell might be an interesting lunch date, assuming he doesn't think you're going to pump him about how to 'break into the biz'. But he's in a wierd business, and one has to understand that, if not allow for it.

I also have to say I don't think the world is filled with Susan Boyles, because then the singing in church would at least sound better.

And it's real easy to just turn off the goddam TV, too. Actually, I can't really think of when TV was 'good', to tell the truth. It is popular entertainment and the idea that it is supposed to in some way be profound or high art or something like that is just propaganda from the people who want you to watch their programs.

What I am beginning to find interesting is that with the torrent of information/entertainment/etc that is now available (and ever growing) is that in a way, things may revert to the way it was before recorded pictures and sound, that is, stuff will be popular for a bit, and then get replaced by the next thing.

While this really hasn't stopped happening ever, the last 40/50 years are a sort of continuous loop of the same recorded entertainment, because that's all there was at the time.

Now, with a slowly emerging world culture (don't laugh) the amount of stuff available is more than can be viewed, even if you spent all your time doing it.

It's not that people will pick and choose, because typically they're not so discerning as the folks 'round here; but choices will be made, and then discarded and something else will come along.

Is it good or bad? I dunno. Maybe it just is.

don't own a tv. i was dating a girl and went to the movies with her for something to do. haven't been back since. i have a friend who gets all excited about the local sports teams, i tell him i don't care because you know why....it doesn't matter.
what i want to know is the best way to cut the recesses for door hinges. i have a chisel but it is only 1/4" wide. if there is a better way than just getting a wider chisel i'll go that way.
enjoy the blog and check it every day if i'm not too busy.
leon

If you have a router, Sears has a very helpful mortising template for $9 that will let you make perfect cuts for hinges in door slabs.

I'd much rather have lunch with someone kind than someone important -- especially someone self-important.

The thing is it takes work, sacrifice, struggle, failure, pain, joy, faith, love and hate to be interesting.

It is so much easier to memorize quotes from Family Guy and shout them back and forth at ever increasing rates than to actually have a conversation of any depth, isn't it.

I'd ask "who is that midget you referred to", but I don't care who he or she is, or what the show is, either.

We might not be on the same page, but I think we're in the same library.

Absolutely on the same page.

The work of my hands has always taught my brain-pan what to think.

Everything else is a-musement; non-thought.