They Didn't Vote For Summer 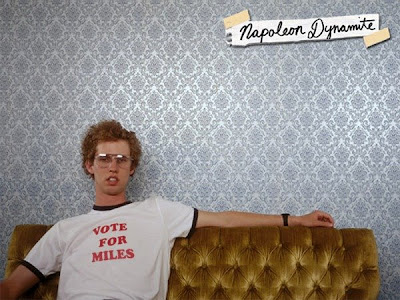 My older boy is in Junior High School.

He is sophisticated enough now to occasionally be inscrutable to his father. He can't keep it up for very long, and under hard questioning you can always figure out what's up. I think. But he really does keep his own counsel from time to time. It's interesting to see a person develop out of the unthrown pot of childhood.

He goes to regular school. He participates in most everything, but he has no monomania. You can already see the kids who won't do anything but play sports until they're adults and will then spend the rest of their lives telling everybody that they used to play sports. The busybody girls already exist. Geeks, joiners, loners, emo kids, jocks, princesses and so forth are already are forming in the little larvae.

My boy isn't any of those things. He drifts among them all, it seems to me, and is friend to all, or at least all the kids that aren't entirely meatheads.

You make people, and then you raise them, and you're still in a sort of wonder at how they turn out. In general, whenever the kids are charming I see my wife in there somewhere, and when they blot their copybook it's all me. I'm not sure if that's human nature or the opposite of human nature on my part but it's the truth.

If I put on my human nature cap, and use it to figure out what happened yesterday based on sketchy information, here's what happened to my boy:

The teacher was looking for someone cooperative enough to lose the Class President election to whatever monomaniac girl was running unopposed in it.

My boy don't care and he won anyway.
Posted by SippicanCottage at 9:15 AM

Good on both of you.

Occasionally a real person gets elected.

As long as he never finds out about that your 5 year stretch in Levenworth for slunk trading, he'll probably continue to respect you. For at least another six months.

Thanks for the smile. Congrats to the boy. :)

You simply have to rent and watch the movie "Election." Sounds like he defeated the Reese Witherspoon girl, Tracy Flick. Not for the kiddies, though.

I hope Miles makes all the students' dreams come true.

Affirmative class action law suit, I say. If the teacher was looking for a loser and hoping for the bint to win based on plumbing, you can look forward to having your boy brought before a tribunal, impeached, and forced to apologize to swarthies and women everywhere.
I pray he doesn't cry, although it will probably gain him a Phil Donahue Scholarship or an Alan Alda Grant if he does. After he has purged himself of 3000 years of white male guilt, he will be welcomed back into the home ec class. Provided, of course that he announces on television that he is gay like Clay.

I second Ruth Anne's recommendation; "Election" is quite the movie. One hopes the schools aren't really quite that bad yet.

Good kids are a wonder. I have two, and couldn't say with any certainty how that happened.

Thank you for making me laugh.

I was the campaign manager in those elections. I had not the slightest clue what I was doing. We did not win.

Congratulations to your boy.

Your description reminded me of someone who was in my high school class. He was kind of ordinary because he wasn’t much of an athlete, and he wasn't a tough guy or a ladies' man. But he was a good student and he was always involved in student government in one minor way or another.

It seemed like a lot of people knew who he was. I couldn't figure that out because it also seemed like he never made any effort to draw attention to himself. In a crowd of people you could miss him entirely.

Anyway, by coincidence, we hung out once, probably the summer after junior year. I thought he’d be a snob but it turned out he was genuinely nice on top of everything else. He was a remarkably easy-going, good-natured fellow. He was an old-fashioned gentleman, really, at a time (1979ish) when it seemed the way to raise your status was to act like John Belushi in “Animal House.”

He got elected senior class president and king of the prom.

Yes, I voted for him and so did a lot of other ordinary, nice, but unpopular kids. I think we were all surprised because each of us thought of ourselves as the only one principled enough to vote for the underdog.

He must have been more shocked at his success than any of us. And when he gave his speech at graduation, he got all choked up and had to stop to wipe away the tears. Some of my classmates, obviously bitter, let it be known they thought he was a pussy for that.

Decades have passed. I went to the internet a month or two ago and he still lives in my home town. He’s Chairman of Borough Council.

I don’t know anything more about him except he married one of the girls in our class and has children.

And for that I think the world's a better place.

Straight grain rules in the age of particle board.

Yes, but how are his milk tasting skills?

Congrats to your kid!

And I third Ruth Anne; I thought of "Election" too.