Thanks For The Inquiries 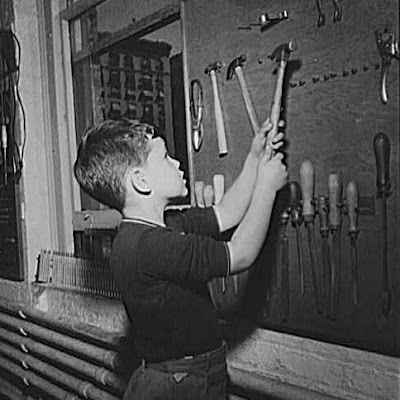 [Update: I forgot to mention the Intertube mensch that liked my little push stick first: Gerard of American Digest. Mi dispiace. Speaking of inside baseball, he has given me many glimpses into the nuts and bolts of magazine editing, about whichI knew nothing.]

The vast majority of opinion offered on the Intertunnel is written as if it was expert. I rarely consider the author of an article an expert, so you can imagine how I feel about the comments section.

But comments appended to information can have an enormous weight and significance, even if they rarely do. I find it immensely interesting to see what other people know. But everybody is just the fourteenth chair on the right on the McLaughlin Group now, yelling about anything as if they were the final arbiter of everything.

Why do people overlook the one area where they are the final arbiter of everything? You are the foremost authority on your own opinion. I'm always interested in what other people think, especially about their own affairs. I'm not all that interested in hearing about what I'm supposed to be thinking because you read a whole lot of magazine articles and remember some of it.

If you're a scribe, your area of expertise is supposed to be writing things down. That's morphed into: I've got a barrel of ink so my opinion trumps yours. Not hardly. Even photographers abdicate their responsibilities to depict, not to foist an opinion.

I have expressed a certain amount of contempt for professional politicians here because they believe that they understand all the affairs of all other men enough to run their lives. The newspapers and TV seem to think the same thing. I can't help noticing that not one of them seems suitable to perform the most menial task in the real world. A scribe that thinks they are the subject of every sentence they write is of no use to me.

Each and every one of the comments on my last, crummy little essay was interesting and/or useful to me. I'll tell you why:

Thud said...
a great list and no doubt a surprise to some...where is all the power etc?

Thud is probably a much more skilled artisan than I am, though I do not know him. He's pointing out that power tools and machinery are a given. I get to talk about the humdrum little things because the big things are taken care of.

Ron comments here often. If you don't particularly know something about a topic, normal, decent people try to participate by saying something that might at least be amusing to others. Ron is like that. But he's the only one that picked up on the William Jennings Bryan vibe to my logo, so his "cow dumb" self assessment doesn't apply much of anywhere else, I imagine. Mark Twain used to call himself that a lot. He might have been... exaggerating.

Although I designed custom furniture for a few years, I never graduated to the distressing of surfaces.

The brick is perfect.

Thanks for sharing this. I will forward your post to the neighbor I lent all of my woodworking tools to when I changed careers.

I didn't realize David made furniture. I put him in my blogroll because he seemed like a decent sort of fellow. I had no idea he subscribed to my very own black art.

Excellent advice as usual, but tell us about the lovely wood used in the table top. What grain! And the perfect finish used to enhance the grain.
-Deb in Madison

Deb is a regular, and points out a hole in my thinking. I just took the handiest thing in the shop to display the items, a Kipling Table, and never gave it another thought. It's made from Tiger Maple. I use "Soft Maple," which isn't all that soft, really, being only about 25% softer than Hard Maple, which is very hard indeed. Soft Maple is more dimensionally stable and takes finish and fasteners better. Plain maple had a very light and bland grain, but has a number of iterations of wild grains like birdseye and tiger. The grain in Tiger Maple undulates up and down, and as you saw through it it exposes end grains which appear darker and look like tiger stripes. It's very American. It was a favorite of Shakers, for instance.

The pictures were taken in my shop which give the table a greenish/yellow cast from the fluorescent lights. It's a very handsome color in real light, which I call Cinnamon. By the way, the table was ordered by another blogger, Bird Dog at Maggies Farm. He's growing old and gray waiting for me to figure out how to make a humidor to go along with it. I am always interested in what Bird Dog has to say.

Harry is a fellow Massachusetti, but I've never met him. Sterling fellow. I don't know why he wants a stick and a brick in his Christmas stocking. He must have enough coal for the furnace already. Everyone should wish Harry's wife a get well soon!

I think I just learned more about tools in the 5 minutes of reading that post than I have in 20 years of casual watching of Norm and those this-old-house guys.

That's nice to say. I tried to tell the truth about what I know. Everyone likes inside baseball.

Stuart wrote an opera in three parts about his stairs. I found it interesting and compelling. I have an enormous respect for people who make things for themselves despite how hard it is. I learned everything the hard way, myself. You can see that when Stuart gets his compound miter saw he'll really use it, because he's trying to do it now even though it's hard. Imagine what he'd accomplish if it was easier.

I built my own house. Not alone of course --all praise and gratitude to my good friend Steve at Central Cape Construction -- but if you can see it, I did it. We had no money. Half of the house parts I salvaged from a dumpster. I was trying to figure out my stairs on my own. A friend of mine was helping. (Hi Fischer!) My wife and I had moved into our house with only two rooms finished: our bedroom and a bathroom. The entire upstairs and the stairs themselves were left rough.

I was trying to bolt the upstairs newel post to the framing. A staircase and railing is the most complicated woodwork in your house. My wife was sick. Sore throat. She had gone to the doctor while we fumbled around with the lag bolts. When she returned, we had basically gotten nowhere from when she left.

My wife is quieter than Calvin Coolidge, and better looking. She walked past me and Mark, took a mordant look at our progress, and said:

"You've got eight months to finish that."

It was, and I'm sure will remain forever, the greatest moment of my life.

Posted by SippicanCottage at 9:28 AM

I just fell out of my chair ... the most web savvy "hammer-type guy" I know has a link on his blog to the least.

My son uses a brick to distress furniture, as well. His work is neither as skilled nor intended.

re: politics - amen and bravo.

I knew a man in the late 60's who built houses. Smallish beautiful houses. No power tools. Nobody else ever touched those houses. He did everything himself. He had to use molding, of course. He used molding half the size you normally see - and you never noticed it. He'd spend a year building it. Then he'd sell it and move on to build the next one. He was a beutiful human being.

firstly...Artisan...hell now I need to go and practise. Secondly..building a house for your family must be amongst the greatest and satisfying things a man can do,I don't mean a mcmansion..I mean a genuine home

Linking up with the appropriate title:

I bet that was the best moment of your life! :o)

Hmm, I am pretty much helpless with your kind of tools. When I went to school, they didn't teach girls that kind of thing, and neither my father nor my husband were particularly handy (although they could both produce simple serviceable pieces when necessity twisted their arms). So there was really nobody to teach me.

So I will have to try to salvage some respect.

I can wield hooks and needles and produce clothing. I can wield pots and pans and knives and whisks to produce a meal out of unlikely combinations. (This summer's happiest discovery - a canteloupe-feta salad.)

But I have never built a house. *sigh* But I sure love reading about you doing it. I don't so much envy you your ability to make the house as your ability to write about it so beautifully.

I have an enormous respect for people who make things for themselves despite how hard it is.

I love that you said this. I will remember it when I'm making yet another of my son's birthday cakes. You know, the ones covered with tiny little frosting stars.

No, really, I'd love to work with wood, but mine eyes doth glaze over (sort of my reaction to jazz as well!) when people who are familiar with carpentry (or jazz for that matter) start talkin'...

I'd love to be able to draw as well, because I'm constantly generating images in my head for many things, but the mind, the eye, and the hand haven't connected there either.

I'm purty good with the history stuff as occasion merits.

Remind me to tell you about the connection between William Jennings Bryan and Maxfield Parrish's Daybreak, if you're interested.