Something Something Else Happens 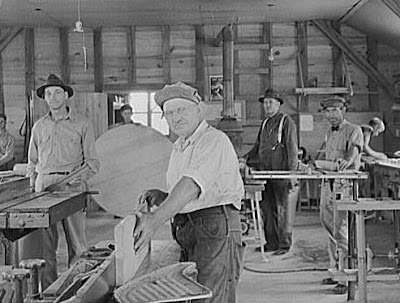 I cannot find out much of anything by looking at traditional media.

At least not by looking at it straight on. You can put it through a sieve and reconstitute it into information, but it's a lot of work and it generally yields results I'm not looking for. Not one person in the traditional media is in the slightest way interested in what I am, except to denigrate it.

I've explained here that Something Else Happens. I am not immortal, and I get real bored real fast, so I have no use for listening to people who have never been outside during the daytime, holding a microphone and speculating about how such-and-such a thing is going to affect the future. I can't imagine tuning into the same programming you'd see in an empty nursing home rec room to watch men with pedicures and women with poison shot into their faces that don't have the slightest inkling how the world is right now. How could they possibly tell me how it's going to be later?

The world moves forward in fits and starts, pausing here and there to be overrun by Panzers and commissars, but human beings are clever and keep pushing. The only incurious people in the world work for the newspaper and the TV and the government. Everybody else is always looking around for ways to improve their lot.

Much of this tinkering with the quotidian details of daily life goes unremarked. The average person adopts it, the ivory tower crowd ignores it or execrates it. But whatever it is, it's a fact. It's real. Academics, entertainers, politicians and writers do not live in the world of reality, and show a studied disdain for the trappings of the average person's life.

If you are not in a position to be harmed by the actions you champion, you should be very circumspect about suggesting them, never mind agitating actively for their implementation. I don't give a fig if Warren Buffet thinks taxes are too low. All he's saying is that he's so rich and so old that he can afford to purchase a tax increase on me with the influence his money can bring.

The big ideas are all worthless, because they trample the little ideas. Make something better, right now, offer it to the public, and have it accepted without coercion. Then you've done something.

Billions of people you never heard of are making the world better for everyone right now, most without knowing it, and they stand on the shoulders of billions of others dead and gone. Even with the ebb and flow of reactionary politics and out-and-out barbarism, we go forward, but hardly notice. Let me give you an example.

I used to paint buildings for a living. I worked for people that were decidedly old school, even for then, which is now pretty old school itself. We still used wooden extension ladders with round rungs and fiber ropes. The credential that such painters have, or had, mostly, was shown on the trucks as a license number. People mistook it as a license to apply coatings. It was a "Rigger's License."

The test for a Rigger's License looked like FDR typed it himself. You had to know all sorts of mathematics about how much strain various ropes could handle, know about block and tackle and various other things that would have the guy behind the counter at the Rent-a-Center laughing and going: Dude, the scissor lift is over there for $200 per day.

So there were knots. Lots of knots. I did some boating later, and there were more knots. There is nothing more contrary than a knot. They were always slipping and dumping stuff on the road. People fumbled and argued over them. A lot of time and trouble goes into something as mundane and invisible to the general public as a knot to fasten down cargo.

Someone clever stamped two pieces of steel into a shape.

That tools is a rudimentary and elegant as a wheel or a lever. A talking head on the network news wouldn't know if it was any different from an infomercial for Hits from the Seventies eight tracks. It cost 7 or 8 bucks. I feel as though I'm a Cro-Magnon man and a feller walked up to me and said: This stuff from the lightning strike is hot; maybe we can use it for something.
Posted by SippicanCottage at 11:35 AM

I want one and I don't even haul stuff.

His accent just makes it. :)

Some guy was doing a job one day and said to himself: "There has got to be a better way to do this..."

I truly love it when this kind of thing happens..

But why didn't you point us at this video advert?

Genius as per usual Sipp.

You really make it interesting and suspenseful the way you tie up a story nice and neat! Sometimes I have to untie some mental knots but it is usuaally worth my time.

Thanks Sippican for the post and everyone for your comments. Mumblix Grumph hit the nail on the head with how I thought up the idea for the TiteTie. I handmade about 40 different designs before settling with the two plates design.

I wanted it to be simple and to have no moving to wear out, the opposite of conventional ratchets. It also had to be versatile and work with various rope types and sizes, as well as accommodate tying techniques commonly used with the truckers hitch.

The big thing was that it had to be better and easier than a truckers hitch. This TiteTie design uses less rope, works with nylon and wet rope, is very quick to release and requires no tying off.

The TiteTie Universal Tie Down Tool is the first of many TiteTie cargo control products that will be hitting the market over the next few years. The TiteTie is now available at some Home Depot stores or direct at www.titetie.com