I (Still) Wanna Be Nefarious 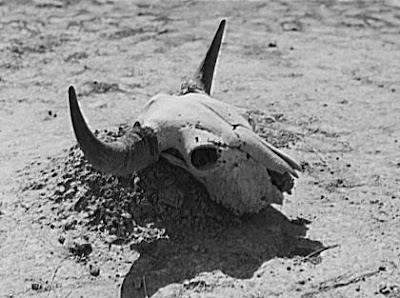 Someday I'm going to be really rich... an OVERLORD! Yeah, that's the ticket. An EVIL overlord at that. Plottin' and schemin' and living in a fortress of solitude or sostenudo or whatever the hell you call that cave with all the computers that evil dudes keep in the Arctic Circle or wherever they are where's it's all ice outside but nice and comfy in the cave. And I'm going to have a heliport so I can flit all over the globe at a moment's notice, doin' evil and whatnot.

Strike that! -- I wanna be nefarious. Nefarious sounds so much cooler than just evil. Can you imagine calling a good restaurant and tellin' them you're coming on down and you're freaking nefarious? Huh? Oh man, they'd tell the lame evil people they'd have to move them to another table even though they're halfway through an arugula salad with balsamic and shaved cheese and they'd put me right down front and the evil guy's dates would nudge their elbow and say: "How come you don't lay a beatdown or a fatwa or whatever on that guy if you're so evil?" And they'd just fidget in their chair and look shifty and mutter:" No way... that guy's nefarious!" And then his chick would slip me her number when they slink out after the fish course and she'd be all wanting to join my cadre or army or gang or whatever, as long as it's nefarious and not just evil. And if she's hot and looks like Emma Peel in one of those good Avengers episodes with not so much of the fruity dude with the brolly and a whole lot of Emma Peel in a leather jumpsuit it's welcome aboard, baby!

Anyway, with all my nefarious evil ill-gotten gains I'm gonna hire this guy to walk around behind me playin' this all the live-long day while I'm nefariating all evil-like:


I'm warning you: If you try to tip him or call him over to your table and ask for Besame Mucho or something I'm going to have to get medieval on you.
Posted by SippicanCottage at 8:50 AM

I'd comment, but nefarious people scare me. I stay far away from them.

You could be a henchmen. Nefarious people love henchmen.

How about director of training for your harem? That sounds interesting.

You may be nefarious I know that much, but are you maniacal?

Ray, the harem job is filled but I've got some slots opening up in chipping a lair into living rock.

I'm not sure if I'm maniacal. Probably not. If I was, I'd know how to spell:
BWAHHAHHAHHAHAHAHAHAHAWHARGARBBLL.

It's spelled MWAHHAHHAHHAHAHAHAHAHAWHA. You got it almost right.

"lair into living rock"? Betcha I could parlay that one into the harem job.

I stay away from their minions, too.
(the first anonymous).

I am too old and homely to be a member of your long legged shiny leather clad harem, but I could be like Nurse Ratched, dispensing medicated pain and pleasure alternatively on your lowly grovelling minions, while you extract the needed information. I could do that really well.

Scherzo! That means "Joke" in Italian. And you bring the funny. But you sell yourself short. I see from your avatar that you're a hot babe.

As far as dispensing my various nefarious elixirs, concoctions, and evil potions, you're hired! But I try to keep a limited pharmacoepia on hand- mostly scopalamine and black and tans.

I used to be kneefarious, but I had ACL surgery. Now I'm just a badass w/a fissure.

Are we having fun yet? You bet your nefary ass!