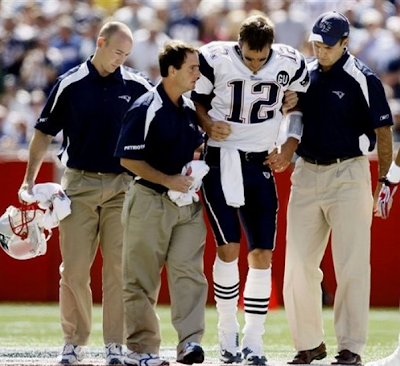 It's Latin. It means God From the Machine. It's usually reserved for bad plots in plays, books and movies. It refers to the crane that used to lower actors playing gods from the heavens onto the stage, where they inexplicably sort out all the affairs of everybody, mostly in contravention of everything that's already happened.

Don't do it, Horace said. It's lame. I agree. But even the best writers do it. Did you ever read A Connecticut Yankee In King Arthur's Court? If you haven't, you should, because Twain explains economics better than ten think tanks could nowadays, by pointing out your wage means nothing, and the only way to measure wealth is by figuring out what that wage buys. At the end, Twain is late for supper, or perhaps gets bored with stitching together his vignettes, and kills everybody and then turns Merlin into the greatest wizard ever, after demonstrating he's a humbug for the last 250 pages.

It is common to the point of unanimity in everyday life for people to pray for deus ex machina to solve all their problems, and I don't like it. The sentiment is two mutually exclusive sentiments conjoined. I want peace through violence. I want fairness by rigging the rules. I want to get rich by gambling. I want safe danger. I want to level the playing field by fertilizing the grass on my side of the field with the bodies of my assassinated enemies.

Tom Brady is an excellent, if trivial, example of the misplaced sentiment. Many persons have fervently prayed that he be injured, as his success was surely a sign of perfidy, as most success is characterized now. Now they are exultant, and mistakenly mention hubris, or karma, as the reason for his injury. But they wished for a lightning bolt to strike him because they knew in their hearts that they had little chance to best him in a fair fight. You think it will be your turn to be great if greatness is destroyed. Greatness doesn't work that way.

All politics is the prayer for deus ex machina now. People confuse my ambivalence about common academic credentials with a disdain for learning. That's how poorly educated they are.

If you pray for a god to sort out your affairs in an instant, you'd better beware. Lightning bolts are capricious things, and deuced difficult to aim. And the god is just some dissipated Greek actor on a wire, and you're letting him hurl them.
Posted by SippicanCottage at 8:42 AM

I've longed to link Sallust's The Conspiracy of Catiline with The "Heidi" game back in '68, in a post, and this post provides further inspiration to do so!

Heh. Well, Seneca Wallace does play for the Seahawks, and the Bears play near Cicero, so I guess the NFL is rife with the classics.

I tried to find it on the interweb, but I recall a Bernie Mac routine where he asked why so many black families named their children after Roman emperors! Like an older, WASPy generation, I suppose...

He pays attention to the NFL. He is a human male after all, ladies and gentlemen!

I'm no fan of the Pats, but not because of their success. When I saw Brady take that hit, though, my response wasn't glee but horror. It brought back memories of Joe Theismann. That kind of thing no one should wish on their worst enemy.

Man, the image of Theisman getting mangled by LT still is haunting...made all the worse for seeing Theisman for many years on TV coverage!