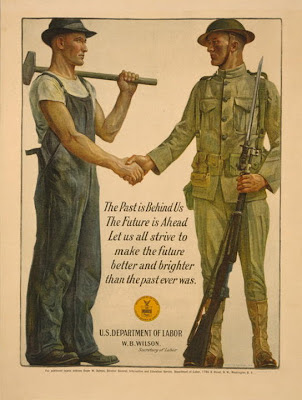 I'm going to hang my arse out in the breeze a bit, and start predicting things.

See, this is going badly already. It's starting to remind me of my first To-Do lists:

So I acknowledge no one knows nuffin', and I'm as no one as anyone. But the writing is on the wall for all these, if not in my lifetime, than at least my childrens'. Let's read it:

1. Practically no one will commute to work. Almost no work will be of a physical nature involving drudgery. Most non-food things will all be made out of the same inexpensive stuff, just assembled differently
2. Large scale farming will shift to a sort of factory setting. Farm animals will no longer be necessary, as flesh for eating will be generated without growing animals. Continent-sized swathes of the Earth will return to wilderness. Populations will again move toward cities, when the only reason they ever left is conquered: Government corruption.
3. We will never run out of anything important.
4. The world can, and will, support many more people than it already does, as long as they are relatively well off. They will be
5. Things like surgery will become obsolete. Common colds and other humdrum maladies will be eradicated. Life spans will be greatly lengthened
6. Pan-pagan rationalist mysticism will be superseded by some great religion based on the family
7. Support for all political regimes will be based on economic matters alone. Economic hardship will be considered prima facie evidence of government malfeasance. All governments will move to a sort of Google model: Only those that require special treatment will be charged money. All other services of the government will be available free to the citizen. Few will want anything the government offers
8. The only problem for energy is storage. It will be solved and no other considerations about energy will ever matter again
9. Large scale warfare between nation-states will become obsolete
10. Numbers 1 through 9 will never happen because we will either elect socialist autocrats or reactionary statists whose worldview is based on either rationing goods or restricting intellectual freedom; or perhaps become gangster states based on resource cartels, a form of international rationing. And rationing by its very definition is never sustainable, kiddies. It only works in the lifeboat if someone's coming to save you. And we eradicated Pan-pagan rationalist mysticism way back in item six, remember?
Posted by SippicanCottage at 10:08 AM

I was getting worried about your sanity till you got to number 10.

I should have never doubted you special brand of insanity. Forgive me.

As for me, I am a prophet. I see the future with perfect clarity. I know that we are all going to die eventually.

Such occult knowledge might not seem like anything special. But just think of all the people who live their lives without realizing this until it is to late.

Hence the need for prophets. We got to tell the world what they don't want to hear

I think you are a cynical optimist Sipp and I have faith your predictions #1-9 will come to pass.

Except perhaps the long-life/ no surgery thing. Thankfully, we all must die of something before we get too too old and decrepit. Though I may not feel that way when my turn comes.

I think you are a cynical optimist

I never heard it quite like that. It's as good as any description, I guess.

I wrote once that at my last real job half my employees called me Mr. Rogers, and half called me The Prince of Darkness. They were all correct.

The only Google result for Pan-Pagan Rationalist Mysticism is Sippican Cottage. The Religion of the Future!

As someone else said, when you don't believe in God, you begin to believe in everything.