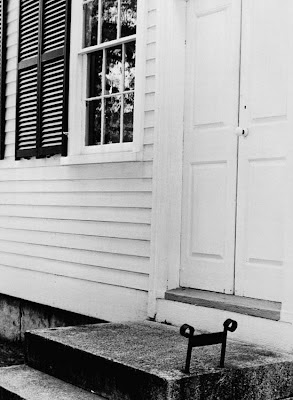 Delmer Wilson is a haunt. He is over my shoulder now.

One reads the House of the Seven Gables in grade school. Oops. I meant one used to. You read Harry Potter now. I will leave it to you to decide which is preferable. But you must for a moment try to understand a reverie.

–noun
1. a state of dreamy meditation or fanciful musing: lost in reverie.
2. a daydream.
3. a fantastic, visionary, or impractical idea: reveries that will never come to fruition.
4. Music. an instrumental composition of a vague and dreamy character.

Almost all those words in that definition have been debased in common usage. I've noticed that the average educated person's use of language is a shadow of what I was accustomed to in years past. I rarely see people use language elegantly and precisely any more. I include myself in that, generally. Maybe it's all the typing and television; I don't know. The average person has become more highly skilled in jocularity and a kind of direct hammer-blow speech, but doesn't seem to be able to express themselves with any subtlety or have much of an ability to parse fine shades of meaning from what they are reading or hearing. Many are easily manipulated by those who know how the language works. They glean a false impression. In many cases, the false impression is deliberate. Anyone who has watched an infomercial knows what I'm talking about.

Daydreaming did not used to mean "goofing off in your cubicle." The word "fantastic" wasn't simply a sportscaster with a limited vocabulary barking out something that sounds superlative to his tin ear. "Meditation" did not used to infer a period of quiet and intense narcissistic self-absorption shoehorned between frantic periods of yammering into a cellphone. And "visionary" was a serious word once, and not associated with people who make Heavy Metal music videos.

Delmer Wilson would have understood a reverie. His life was like that. Like a monk on a pile of rocks in the angry Atlantic, scratching illuminated texts of the only knowledge left in the world while barbarism raged all around, Delmer knew the solitary room of the mind where you go to see around a corner not visible to other men. Your hands are doing familiar work, and your surroundings are peaceful. There is light and space and an endless supply of just one more thing. You have visions. Inspiration. Quiet contemplation.

Delmer got me to thinking. The machine hums and the silky baulks of wood slide through my fingers. The sounds are all quotidian. Nothing to make the animal brainstem react and put you on edge. You think of Delmer. What makes a man turn his shoulder to his own mother, and stay where he is?

Such things come to a man in a reverie. 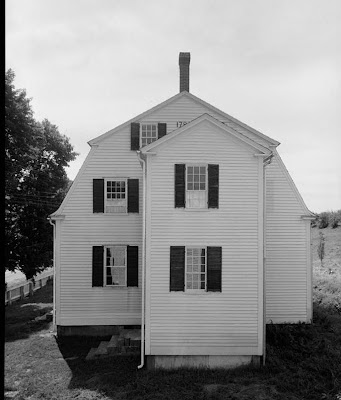 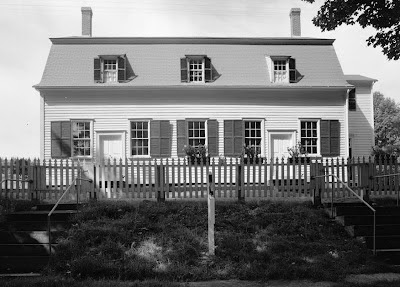 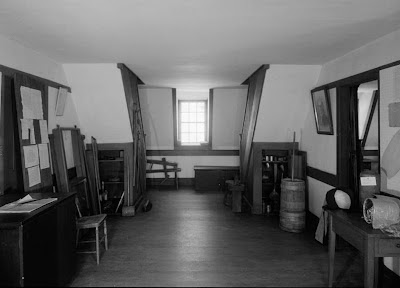 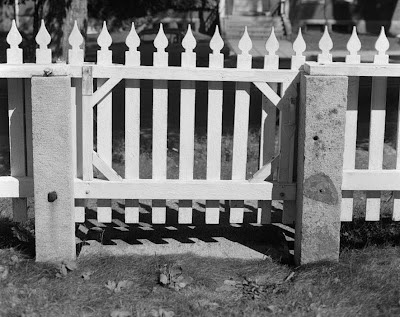 Posted by SippicanCottage at 10:02 AM

And reverie alone will do if bees are few.

Ruth Anne- I had to Google that. Emily Dickinson!

I would have guessed Angie Dickinson. I'm not that bright.

Shakers believed that you could act like an angel while still on earth. They knew there would be failures along the way and tried to keep the sexes separate to prevent too many from falling from grace. There's a lovely book by Janice Holt Giles called The Believers. It's fiction but well researched. It started my long fascination with the Shakers.