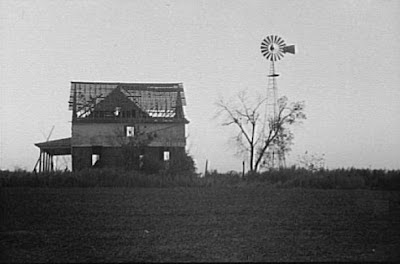 Actually, that's not true. You will learn all about the various psychoses suffered by Dan Rather and the New York Times staff if you listen or read what they're reporting. But I'm not interested in them. I want to know stuff.

I don't really care what Larry Craig is doing in the bathroom. There are 100 Senators treating the United States like Larry Craig treats that bathroom. That's not news to me. The fact that bizarre and untrustworthy people want, and are able, to become Senators doesn't surprise me. The fact that the vast majority of my fellow citizens are willing and enthusiastic about giving the Larry Craigs of the world dominion over our affairs is the problem. I'm not.

Very little of what's reported as news is very interesting. Almost none of it is important. But I read something yesterday that was earthshaking. Really. And as usual, I read about it in an obscure place, and they were only apprised of it by reading the New York Times, ignoring 99% of what was written, and paying attention to something the Times reported almost by accident; certainly without gauging its import.
I've read, and agree, that there have only been a few important milestones in human existence.
That's it. No really, the rest is either details, or applesauce.

I wasn't alive for any of those things. But I was alive on the day that, worldwide, farming was no longer the largest occupation of human beings. The service economy superseded it. Ladies and gentlemen, I give you Number 5:

The report noted that world unemployment edged downward again in 2006, to 6.3 percent from 6.4 percent, and that farming was no longer the dominant source of global employment, even if it was still the main one in the least developed countries.

Service industries accounted for 42 percent of the world’s employment in 2006 and agriculture 36.1 percent, the report said.

You and I were alive for one of the most important milestones in human existence. The human race is getting beyond having the vast majority of us grubbing around in the dirt for enough food for us all to eat. Did you know it? It was the last, throwaway line in a mundane "everything sucks" article in the Times.

And now that you know that, are you going to listen to those who would tell you that this, like pretty much all of those milestones I mentioned, is bad for the planet, and the human race? That is if they were paying attention, which they're not. The "news" is full of, and written by people like them.

Choose.
Posted by SippicanCottage at 8:59 AM

No, I don't *listen* to them, but only by knowing what they're saying will those of us who think otherwise have any chance of counteracting them, eh?

It's amazing what the decider's choose to give the little people as news huh.

I would think that movable type should probably be in there someplace because a nod to the expansive effects of data manufacturing on civilization constitutes a singularity.

Charles Sheffield http://en.wikipedia.org/wiki/Charles_Sheffield wrote about this in the context of singularities of human development that once you have, you never give up. Fire, movable type, and some others that I can't remember since I haven't re-read the article lately. It was published in an edition of "New Destinies" paperback magazine. Worth looking up.

Actually I would add two things to your list:

Both are obviously information oriented, and have spread the results of all the other great milestones; and greatly reduced the duplication of intellecutal efforts and time wasted on fruitless paths.

Yes, I ran into it at petermagnusson.com via Instapundit. I grew up on a farm where some work was still done with horses - ie 'snakin logs' and have spent time around hunter gatherers and nomadic farmers. So it immediately jumped out at me too. You catch the scale and feeling of the news nicely. I had a look at it in a more statistical big picture way at Yankeewombat.com today.

Oh I'm "obscure" now? :-) thx for great commentary. Plz make sure there's a pointer to this from the Comments. Cheers, P.

Hah! Peter Magnusson drops by, and besides being wikkid smaht, he has a sense of humor.

You have to admit, me calling Peter Magnusson's page "obscure" has a certain admirable megalomaniac aspect to it. At Sippican Cottage, he might be Galileo, but I'm the Pope, I guess.

I found his comments because I read lots of obscure (there's that word again) webpages for a Computer Hardware page where I'm a news editor, called HotHardware. I had no idea he'd be the toast of the blogosphere yesterday. I thought nobody talked about anything but politics among the cubicle set. Read Peter's excellent blog here:Peter S Magnusson

Earth-shaking news! The question then is can what goes up, come back down, civilizationally speaking? Has modern civilization reached a tipping point or is this trend just an illusion? There are a lot of people out there, knowingly or by accident, who see this event and all that it implies as bad news. Hopefully, they will be defeated.