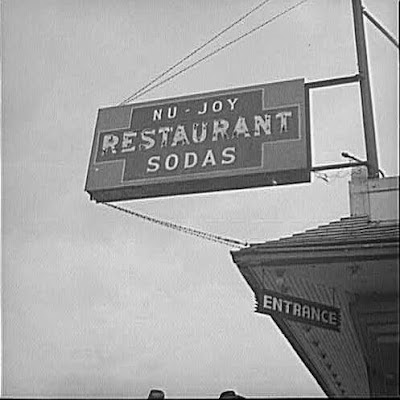 It's exceedingly hard to run a business.

I really don't care what kind of business it is, either. They vary widely, of course, but they'll all kick your ass. Digging ditches or personal shopper, makes no never-mind. If you've ever made out a Schedule C you know exactly what I'm talking about.

It's hard to tell a story properly, too. Most entertainments are only modestly entertaining, -- if that -- and ephemeral. It's a rare thing that endures for a good long time in the world of movies and music and art. The producers generally just throw everything at the wall to see what sticks. Most of what they throw at the wall actually should be hitting a fan, if you'll pardon the mixed metaphor.

People are making their own fun with entertainment at this point. The reason people yell at the screen now instead of sitting in rapt attention are manifold, but the number one reason is the stuff on the screen isn't very good; and like a buffet of tidbits, the audience is trying to fashion a plate of fun for themselves. The cook can't seem to do it, so you do it yourself.

I watched a movie I've owned for a long time: Big Night. It's on VHS, so I know I've had it a while. It's a story about two Italian immigrant brothers trying to make a go of it in a restaurant in New Jersey in the 1950s. They are failing, and try to pull their business up from oblivion by hosting a celebrity for one "big night." It's both good entertainment and a good look at business. I don't talk while it's playing. It's doing all the work for me.

Like the best kinds of distillations of the human condition, Big Night uses the plot device of splitting one person's personality between two people, and having them rub up against one another. It's a useful dichotomy for the examination of the business ethic. One brother, Segundo, is running a restaurant and concerned with the mercenary aspects of running a business; his older brother Primo is the brilliant cook, concerned with being an artist with his food. Neither is a complete person without the other. The back and forth between them, as they search for the balance between being true to themselves and earning a living is as fascinating a portrayal of what it means to be creative and make it pay as I've ever seen.

The movie works on many other levels, and I wonder if the authors of the play -- as this movie is surely just a play with a camera pointed at it-- would even acknowledge my appraisal of the one person split into two plot device. I think artists always have this rolling around in their minds without admitting it. They wish to deny their self promotion, as it seems to smack of commerce. But watch the credits roll by sometime. Even a little movie is a serious business. Let the artists indulge themselves with their imaginary aversion to filthy lucre. Like good manners, I don't care why they say the right thing.

If you want to know what it is to be a brother, and an Italian, and an artist, and a businessman, and an immigrant, watch this movie. If you want to see why I never recovered from meeting my wife the very first time, look for the woman in the red dress at the final meal. Don't get me wrong; that's not her. My wife is prettier. Whether I am Primo or Segundo has yet to be determined.

Sometimes, when the Schedule C looks up at me from the desk, I wonder if I might try being Pascal, the brothers' venal but engaging and successful competitor from down the street: "I am a businessman. I am whatever I have to be at any given time. Tell me what, exactly, are you?"

Posted by SippicanCottage at 11:05 AM

The Italian, culinary version of "Mambo Kings", perhaps? Interesting to view that movie through your "split-personality" theory. Thanks for the "thinker".

I never saw the mambo kings. Is it any good?

Great flick, and the same premise. My sister and mother really like it, due to the eye-candy leads (Armand Asante and Antonio Banderas), but it is a good movie, with great music and the "music club" vibe of the 1950s. You'd like the setting, especially, if your interest in New Orleans is any indication.