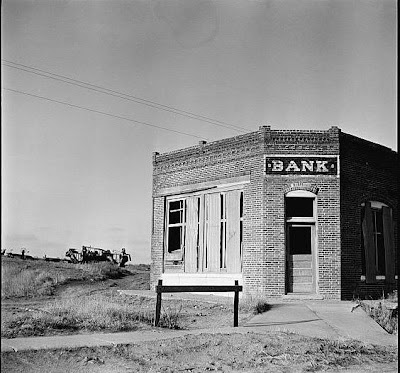 No, there wouldn't be any high-speed fiber-optic communications today. Why would I think that?

Look, there's not going to be any whining here. Verizon was very organized and efficient, in a very organized and inefficient way, and the fiber optic installer tried mightily to get the thing done. It was not practical, so he folded his tent and went into the... afternoon. He'll be back eventually, and I will get what I desire. But his efforts in vain were instructive nonetheless. I gleaned information about the zeitgeist for people in a manual/technical trade.

I used to manage rather a lot of them, but I'm out of the loop. Half a decade is a long time in that sort of field. The 'tude of your average worker bobs like a cork on the wave of what's possible and what's required. You can gauge the current by watching them.

He was on time. He was polite and deferential, but very interested in stopping talking to the customer as soon as possible, and working on the installation. All customers are obstacles to work. It was ever thus.

He knew what he was doing. He answered my technical questions without hesitation. He only faltered when he was asked about procedural difficulties with the home office. There was a deficiency on the paperwork he was clutching. It was at odds with what I desired. This was a real problem.

Nothing else was a problem for him. He was equipped properly by the same persons who stymied him with protocol when there was a deviation from the norm. He knew what to do. He even knew what had to happen for my little problem to go away. But he stood in the cold for over a half an hour by the clock, waiting on hold while a faraway clerk tried to find a keystroke somewhere to bless the whole procedure. And I realized that the little problem had intruded onto the part of the relationship between the customer and the company that involved being a government regulated utility. There were a lot of rules, most obscure to him, that added up to: Stop. Ask for permission, big time. He bore this with with equanimity, and a kind of fatalism I've seen often before.

There is a scale of alacrity, generally. From go-getter to stasis, this is how it goes:

Nothing much, or conversely, all sorts of things but nothing that makes sense, happens at the end of that scale. I'm referring to the cold, dead hand of the frameworks involved. Individuals labor to make the best of all situations, but we are all susceptible to the manifold signals we get from our surroundings, and we act accordingly eventually. We can only swim upstream for so long; we all inevitably decide to drift with the current. Or find another ocean to swim in.

In my former life, I'd ask people for herculean efforts, and they'd deliver nine times out of ten. They'd overcome all sorts of problems in the field where is was often difficult and tiring, and sometimes dangerous. But there was one way to make everything stop. The government. Any government functionary, low to high, could make you stop everything and stand around while they figured out if they wanted to let you do something, and especially while they figured out if they felt like figuring anything out for a good long time.

In this passion play, the scrap of paper he clutched was his government. He knew what to do. He knew how to do it. He had the resources and the time to accomplish what he wanted to do. But he didn't know if he was allowed to do it. He knew it was a formality, a little error somewhere, easily rectified. But he would not, dared not proceed until he was assured it was OK down to the last jot and tittle.

I've seen people do foolish and destructive things when left to their own devices. But it's rarer than you might think. Productive people are generally very smart about their own affairs.

I study people that do things, that make the world go around, very carefully. It is interesting always to see exactly how much of their mental and physical energy goes towards figuring out what's allowed, and how much towards what's possible.

It's about fifty-fifty. Your move.
Posted by SippicanCottage at 8:36 AM

Written ages ago, I see.. but today, the hapless tech, clutching his government instructions is me. Not for the company you mention, but one of their former spin-offs. I've been clutching those instructions in and out of subscribers homes for 15 years. Years ago it seemed that if I needed to make a service change on an order, I could just call it in and push it through, tell all the MAC's what the facilities need to be.. but the new computer systems that tell the distant clerk whether the service-delivering terminal address can be made to meet with the subscriber location data-base might not be able to complete the move of your account from the wiring that currently delivers your telco magic, to the really magic tubes which carry this newer magic. They no longer have a manual override to set the service to some errant address which can physically be reached.. and some would have you believe that falls on the PUC.
Clutching my order, I know I want to give you that service, but if I can't get the system to put it there, I sure can't speak freely about the problems I perceive in getting it there nor should I be revealing any of those technical limitations as a matter of General Rule #14. Which, I'm sure, as former player in all this, you know well.
Guardedly, I ask, if this comment carries my identity to you, please don't use it.
Nice piece. Really made me think about it all.