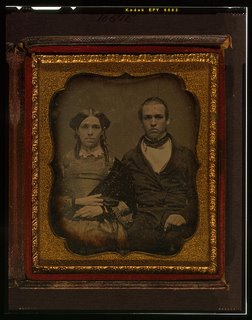 Tom Chippendale knew his good lady wife was prone to fits of panic. But if he heard one more word about the butcher's bill being unpaid, he promised himself he'd head to the inn for a dram. The woman had no faith in him, is all. He always managed to bring home the bacon in the nick, didn't he? And the tea table (like this one) he had made for the Prince of Wales- that would cover the butcher's bill, and ten others. And the daft woman wants to give it to Annabelle, the butcher's wife, for a measly three months back debt!

"The Prince don't pay!" she'd screeched, not understanding that a man in the prince's position cannot be DUNNED, for the love of the Savior! The Chippendales would get their money bye and bye, he replied.

"Bye and bye!" she shrieked like a jackdaw. "We'll need a joint of beef a damn sight sooner than bye and bye!"

"Oh, what would a butcher's wife do with the table anyway?" he mused aloud. "Made for royalty from the finest Santo Domingo mahogany, for the future king of England's... well, ahem, the woman he... the fine lady... his... his... "

"His konkabine!" she erupted again. "Well, if you owes her 'usband tuppence, Annabelle puts on airs like the queen of Araby, she does! She'll know right what to do with it!" she added with a snort.

But he was adamant. He waved his hand with a flourish and banished his wife from the drawing room.

He paused to compose himself and listened to the mantel clock tick solemnly for a few moments. He heard footfalls outside, and then a sharp rap at the door. He opened it. There stood the butcher, looking like he had a toothache, and behind him, blotting out the sun, was the constable, looking like he hadn't heard a good joke in ten years.

"Good... good after... after... noon," he stammered, feeling a bit lightheaded, and a little on his heels. "We were? I mean... my wife and I were just... what I meant to say is..." The butcher's expression began to look like it had been carved from stone by a lost tribe, to frighten tomb-raiders. The constable assumed the expression of a man with a pebble in his shoe.

But then Tom's world swam back into focus, a smile blossomed again on his face, and he stretched out his hand and offered- "Come in, come in. Would you like some TEA?"