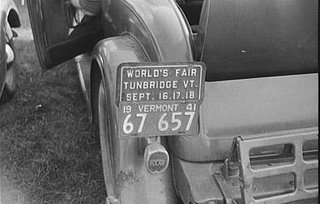 In case you haven't figured it out yet, I make furniture here and Massachusetts and sell it on the internet, all over the country. There's some in Canada, and some in Great Britain, but the people that own it lugged it there from America. I don't sell internationally. Your money is too complicated, and except for all that Nigerian e-mail loot I'm going to get, I stick to what I know: American.

I offer a print catalog. People from all over this wonderful land of ours sign up to receive one. I never tire of seeing all the disparate places that turn up each day. America is a big wonderful place, filled with nice people. It captures my imagination to hear from them.

Every state in the union is represented on my list but one. I can only draw inferences, as I have no facts to go on, but apparently no one in North Dakota needs furniture. Or they don't have any money. Or they don't like furniture makers from Massachusetts with logorrhea. Or they don't have the internet or running water. Or no one lives there anymore, and the two Senators and one Congressman didn't want to tell anybody or they'd lose their gig. An impenetrable mystery.

At any rate, lots of people from everywhere else want a catalog. But there was another place that was very sparsely represented on my little list, and it's not as far away --theoretical almost-- as North Dakota. That place is Vermont.

Well, Karen from Vermont --"The North East Kingdom" -- showed up in the comments this weekend, and left me a little missive from a fellow traveler in the world of Quickbooks, hard work, and flinty irascibility:

I come by now and then, sit on the steps of your porch and admire your words and pictures. It occured to me that i could purchase your furniture and just signed up for a catologue- i'm psyched to view the finished product and try to pretend i could have the insight to see the grain in the rough (i can't see it, but i can feel it). We burn wood for heat up here (NEK = Northeast Kingdom = VT) We cut down cherry last year and i thanked God for it's warmth as i just about cried every time i added a piece to the fire. 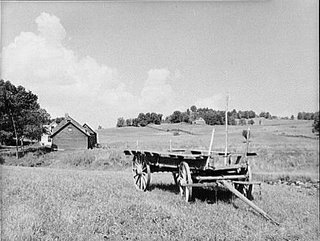 I used to visit Vermont fairly often. I strapped boards to my feet and slid down their ice masquerading as snow a lot when I was younger and had no bairns to feed. There is skiing all over the northeast, of course, but for some reason, Vermont seemed to me the ne plus ultra for hurtling down the mountain. I made a gag map for a skiing companion once. It said SKI MAP on the front, and I had used a magic marker to totally black out Massachusetts, New Hampshire, and Maine on it. Those places have their own charms of course, but they don't have Ludlow. People in Vermont hate people from Massachusetts that come to ski. I always liked that about them.

It's produced the most interesting people, whose common attribute seems only to be that they don't have any common attributes --they're just not like anybody else, anywhere else. Vermont can produce Bernie Sanders and Calvin Coolidge. Go figure.

I wrote a little story about Vermont to go with a table I make. Rudyard Kipling lived in Vermont when he wrote The Jungle Book.

I want you to read that sentence again, and mull it over:

Rudyard Kipling lived in Vermont when he wrote The Jungle Book.

Go figure. Anyway, that's the sort of place Vermont has always been, and will always be, in all likelihood. The place that makes you say: go figure.

Bernie doesn't come much up to the Kingdom- unless he's stumping. Then he rallys the farmers around, as if he truly cares.

Really. next time he runs, i'm putting a sign out on my front lawn that says: ~This farmer is tired of being milked by Bernie!!~

I live at the foot of Jay Peak. My brother in law is from Mass, and he teaches ski-wee up there. Must be something about you guys and snowy mountains :0).

It was my New England Ski Map that you defaced. I think I had it hanging on my wall for a while. I still like Vermont…

Only my oldest and dearest friends would know enough to call me Reginald.

Have you any happy news for me, Reginald?