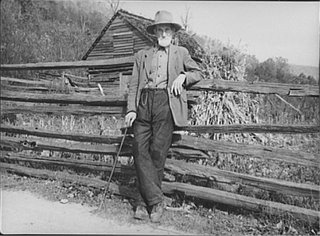 I don't mind the idea of getting old -- I guess. I hate many of the early manifestations of it, of course. I don't like waking up feeling worse than when I went to sleep. There was some creaking in the hips after pulling my toddler son in a wagon all over creation on Hallowe'en. The calendar really does have a sense of urgency now; it never did when I was young and dumb.

So I'm ready to learn. I'm in the market for Old Lessons, but no one's selling. Everybody justs acts like overgrown teenagers until the day they die. And I'm not interested.

You see, I'd like to be dignified, at least a bit. Is that so hard to understand? Forget the calendar; just hanging around long enough to see bell bottom pants come and go and come again is enough for me to think: I'm getting off this crazy train.

I don't want a second wife. I don't need any Viagra.

I don't want to drink out of a great big sippie cup all the time, like a gigantic infant, just because you've all decided that you're dehydrated.

Note to the world: Coca-Cola, and all its brethren, is candy. It's sugar dissolved in fizzy water. Only latchkey children eat candy all day long. Note also that Diet Coke and all its brethren are diet candy. Diet candy is for diabetics. What kind of person eats diet candy all day long? I don't know, but they're not going to be giving me any adult lessons. I'll have a glass of water, thanks. In a glass. A glass glass.

I don't want to give anybody a high five.

I like it when the clerk at the bank calls me "sir". But then again, I always did. I'm not "dood." I don't want anyone to ask me for my driver's license when I buy booze. There were 48 states when I was born, and one telephone company, kid. Give me my booze.

If it kills me.
Posted by SippicanCottage at 9:07 AM

I disagree with you on one point: I still like to see naked women - call me a Neanderthal. And obviously I mean "see" in the occasional, picture-only-and-without-my-wife-knowing type of way.

Ah, but the operative word in your sentence is women.

No pictures of girls that require babysitters when you go out to attend "Old Lessons."

Ok. But I'll pick one more bone - not only do I not want to wear a helmet while riding a bike, but I don't want to ride a bike. I spent 16 years with a sore fanny willing ahead the hands of time so that I couild get my license, and I'll be damned if I go back to a lesser mode of transportation, especially bedecked in spandex and plastic. The only adults who should be riding bikes are those with multiple OUI's who need to get to work.

As in one of your previous lists of this ilk, I disagree with only one point: The iPod.

For city dwellers, who walk or take public transportation to get everywhere, the iPod replaces the car radio, and we are the moving vehicles.

For the record...disc... download...I'm currently listening to "new" (to me) recordings of all my favorite old groups and artists. That is, I'm listening to album tracks I've seldom or never heard from childhood favorites like the Lovin' Spoonful and the Kinks, and early adulthood favorites like Elvis Costello. With so much old music to catch up on, it'll take me a few decades to catch up to the new stuff.