I Got My Mojo Too 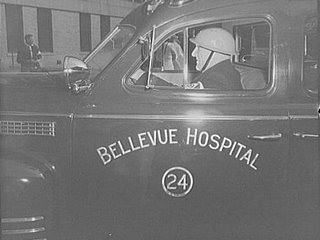 I'm a soft touch in action, and have a very hard heart in my very hard heart. That is to say, I'm likely to give a bum five bucks, and think he doesn't deserve it the whole time. It ain't about deservin'.

Bad luck means something different to me than other people, I gather. Bad luck to them appears to mean that the eminently predictable results of their endless foolish behavior is impinging -finally- on their 24/7 self-gratification. To me, bad luck is being hit by a meteorite.

I was hit by a meteorite once, sorta. I was driving to a job I had. I drove a van. I was driving on a large highway early in the winter night, doing the speed limit with my seat belt buckled. My vehicle was in good repair. I was paying attention. I was sober.

On the other side of the road, a battered pick-up truck was approaching. It was not in good repair. The driver, who was not sober, was likely not driving in a safe manner. And his left rear wheel left his axle. Not the tire. The whole wheel.

Now, I know he was drunk because he fled the scene on foot, and the policeman and I found a whisky bottle on the front seat of the truck. But what maneuver he was trying that elicited the loss of a wheel from the axle beggars imagination.

Anyway, that wheel kept rolling along at 65 MPH, right across the grass median strip, and straight down the lane I was in. It was dark, and the tire was black, of course. Do you think you'd see that coming? Since I was going 65 MPH in the opposite direction, I imagine it was coming at me at around 120 MPH. A meteorite.

I'm a funny person. I have a tendency to freak out over small annoyances, and yet am calm generally when all others are panicked. A character defect of some sort. And seeing that object at the last second before I hit it, or it hit me, didn't faze me. I didn't swerve -- just as well, as it was too late and my truck would surely have overturned. I didn't do much of anything, as there was nothing to be done. I held on to the wheel, and whoop-de-do.

I remember distinctly what seemed like a long time spent in the air, the nose of the truck finally arcing to face the windshield down at the pavement, the wry feeling of watching the pavement pass by on the glass like movie credits. Then the front hit the ground again, and I was suspended in the seatbelt like a parachutist, the huge yellow and purple welt already rising across my shoulder from the strap stopping me from being launched through the windshield to be mashed between the truck and the pavement. I held the wheel straight, and thought: if the airbag goes off, I'm dead.

I bounced down the road like a hobby horse for a good long while, the heel/toe gyrations slowly abating, until all four wheels were under me again, and I drove to the breakdown lane and sat for a minute to collect myself.

A policeman came, and asked me why I was just sitting there. I told him to look at the front of my truck. The truck looked fine from three sides, but on the front, there was a sort of trench burrowed out of the undercarriage from bumper to bumper where the wheel had hit and I'd rolled over it.

We walked across the highway to where the three wheeled pickup truck was, and saw the whisky bottle on the front seat. The policeman declined to pursue the driver who had run away on foot.

The policeman inspected my driver's license and registration for any flaws, and finding none, insisted that I make arrangements to remove my truck before I could leave. I called AAA, and my wife.

They arrived about the same time. I loaded my equipment into her car, watched the wrecker hook up my truck, and I went to work.

I have no doubt, the driver of the other truck called his boss the next day -late- and told him all about his bad luck.
Posted by SippicanCottage at 9:07 AM

That does it: you're on my blogroll. More excellence than I can withstand.

david- Thank you, you're very kind.

Around 4pm on a Saturday this past spring, the horse my father was riding reared up and went over backwards, pinning dad to the ground and breaking both his shoulder blades. After he regained consciousness, he walked the horse back to the barn, unsaddled it, and went in the house to take a hot bath.

My stepmother (with the aid of some local friends) finally convinced him that he had to call an ambulance and go to the hospital, once it was clear he could not get out of the tub on his own power, or even lift his arms the slightest bit.

On Monday morning, he was teaching his classes, though my step-mother had to come with him to turn the pages of the text book.

Me, I've been fortunate enough to have jobs where I could usually afford to take a day off following such incidents without significant ill effects to my employer or co-workers. Thank goodness, 'cause I'm just not as stoic as my dad is.

P.S. He's fine now, despite the fact that one doctor, looking at the MRI of his shoulder blades, muttered "cornflakes" under his breath.