It's New, Improved, And Old-Fashioned 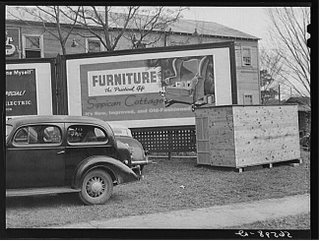 Anything that doesn't kill us makes us stronger.

That's a banal observation, but like most things that enter the lingua franca, it's probably got at least a kernel of truth to it.

I'm supposed to be a fuddie-duddie. Get accused of it all the time. I'm not.

The way I see it, there's two kinds of observations about yesteryears:
1. I like to go backwards in time because I had all my teeth and most of my hair then.
2. I want to go back in time because we're going backwards, progress-wise now, and to go forward we've got to back up a little first.

I'm almost never in the first camp. I'm happier now than I ever have been. I see people in general, and egad! politicians waxing nostalgic for the 1970s or worse, and I reach for my imaginary revolver. Look, I was young, and wild, and free, and so forth, in 1976, and I wouldn't plunge us back into that morass for anything. People forget easily. As far as I'm concerned, the Jimmy Carter memorial should be at the bottom of a deep dark well.

Anyway, my fascination with old fashioned stuff is more #2. (Insert obvious joke about bears doing number two in the woods, and popes and so forth HERE)

Enlarge the photo I supplied. I started Sippican Cottage Furniture a few years ago, and that photo is older than dirt, so you guessed it: I work for Reuters in Lebanon.

Just kidding. But yeah, I manipulated the image for grins. Now how do you pigeonhole a fellow like myself who uses photomanipulation software on a digital scan of an old snapshot like that? I like the old look. I like the new whizbang methods of communication and data movement. Where do you draw a line?

I'll explain it as succinctly as I can. Not everything that happens is an improvement on what came before. If it is, let's go warp speed. No union set asides, subsidies, or rationing please. But there's an awful lot that gets changed for the sake of change, and gets worse in the bargain. It's not my fault I notice that, and point it out.

I describe my business as : new, improved, and old-fashioned. All the best things --and people --are.
Posted by SippicanCottage at 9:20 AM

You and James Lileks must've been separated at birth.

[Author's note: I love his writing, too.]

Ruth Anne, you're very kind. But there's a problem.

James Lileks and I are exactly the same age. In a way, we have similar interests. And in the parlance of the harlot, we work the same side of the street. There's danger there.

He's a good writer, and has helped me greatly to understand the midwest, as have all the many people I've encountered through Ann Althouse's page.

All the kudos aside, I wanted to reach throught the internet and fix that goddamn Oak Island Water Feature for him. I mean, really, you can't imagine what I'm thinking the whole time. Dear lord, take off the frilly undergarments and fix the damn thing.

Ah, how I remember the glory days of the 70s, when nearly everyone believed that Nixon's removal from office would save the republic and usher us into an era of enlightenment and understanding. Enter J. Carter, soon to be followed by 20% interest rates, 20% unemployment and the Iran hostage crisis. Some of us actually paid attention to these events and moderated our naive optimism. And others didn't.

Which, among other things, is why the "Bush as worst president in history" meme strikes me as being horribly overstated.

I agree with you about the OIWF.

I'm like you, I bet. It doesn't diminish your regard for the guy, or his writing. It's the odd detail about people that makes them real.

"It's new, improved and Old-Fashioned"
Thanks for the tip o' the cap to Tom Waits, Step right up, from Small Change!

Ron, I'm missing that reference. I looked up the lyrics (god, he's funny)

You mean this?
We got a year-end clearance, we got a white sale
And a smoke-damaged furniture
you can drive it away today
Act now, act now

Yeah, drive it away, that's a smoking chair.

It's just a bit further down in the song: