I'm Wearing Shades; Are You? 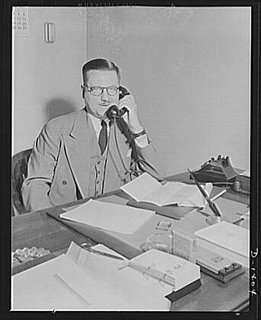 Look, I'm not young. I don't know what young is, really; but I'm not it anymore, of that I'm sure.

Why is the average person in a nursing home so dull? Make eye contact, or if you're really foolhardy, ask a question in a nursing home, and you'll likely get a disquisition on everybody and everything that person has ever seen that they can still remember, going back to Roosevelt. The first Roosevelt. And it comes out in one, punctuationless sentence, along with a little spittle generally. And 99% of it isn't interesting to anyone. Why is this? Why are old people so dull? One of the very first jobs I had was working in a nursing home, so maybe I can answer this.

The reason most old people are so dull, is that they're people, and most people are dull. You just don't notice is until it's in a wrinkly package.

We're all mostly dull. But time strips away sex appeal, and the likelihood that the other person might be able to help you move furniture someday, or introduce you to someone with sex appeal, and all that's left is the run-on sentence we all have prepared to answer the simple query: How are you? That, and a peculiar odor.

It's the people that are the same person, just been around longer, that I'm interested in. My father, who you met here a while ago, has interesting things to say, and if you get a minute, ask him an interesting question. And so we must all strive to be interesting and/or useful throughout our whole lives, or we'll be the ones waiting to describe our bowel movements to strangers, whether they ask us about them or not.

Like I said, I'm old. Well, I'm not young. Don't invite me to the Ween show; I won't go. I'd sit in and play with Ween, though. Because I'm not out of the game until they screw the lid shut. Growing up is not necessarily growing old.

Time marches really quickly these days. Lots of stuff is offered, in a dizzying array daily, agitating for your attention. And some of that stuff is pretty useful. And it occurred to me yesterday, that my life has been made easier, immensely so, by the march of technology coupled to the mostly open market to get it to me.

So tomorrow, I'll list all the ways my day yesterday was made easier, safer, more convenient, faster, -- and in a few cases just plain possible -- by the march of technology and my willingness to use it instead of saying: "That's not how we did it when Kennedy was President, you whippersnapper."
Posted by SippicanCottage at 8:23 AM

We have two choices: we can become better or bitter.

And, for my second choice, I'd like to be in the adjacent wing to you at the old folks' home. It'll be possible with wi-fi, or whatever they come up with by then. We're not digital natives, but, by cracky, if you don't give me a hot zone, I'm gonna go geriatric on your butt.

Sippican may not Ween, but is he an Artic Monkey?

Uphill. Both ways. Through blizzards in summer and winter...

I'll be in the recreation room, eating a puzzle. Listening to Weezer.

Actually I find teenagers pretty dull. Whenever I overhear them they are running variations on a theme of 'what I did last night when I was drunk'.

One cause of some dullness on oldsters is sheer brain pathology - dementia, delerium.

I have two US penfriends in their 80s, and I find them fascinating.

But them I'm more interested in history than tales of drunken-ness.