On The Internet, It's Always The Depression 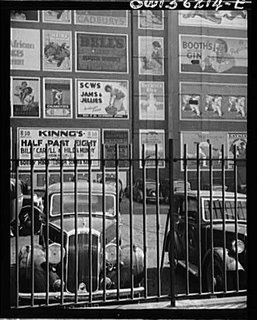 Advertising ebbs and flows. It's a rough science, little understood by even its practitioners. And how about us? The folks it's aimed at?

I wasn't joshing a couple of days ago when I told you I don't watch television. I know you were suspicious of my claim, as you think I'm sorta normal and normal people watch television. Normal people say they don't watch television - just those PBS shows. And the History Channel. Oh yes, the Oscars. And figure skating if it's on. Of course you have to watch the news to stay informed, but that's not watching television, of course, really; oh, and Desperate Housewives because I know it's all nonsense but how will I know what people are wearing if ...

You get the picture. But I'm that rarest of things, it's true: I don't watch and I don't care I don't watch, so I don't lecture. People should enjoy themselves. But I get a perspective you don't, that generally only kidnap victims... scratch that - they're tied up, but I imagine they watch all day; I dunno- let's say I get the perspective that millenarian cultists or Seventh Day Adventists or something get.

Anyhow, I know that "Will and Grace" exists. How can that be? Somebody told me somewhere. Now he/she might be the best or the worst advertiser in the history of the world, it depends on your perspective. Either they're the best in the world because they've managed to alert people as far removed from the scene as me that "Will and Grace" exists, or they're the worst, because busying yourself notifying persons like me that "Will and Grace" is on the TV I'm not watching is kind of a waste of time. I think. I imagine no matter what we think, the advertiser is drawing a fat six figures due to the fire hose method of getting your message out.

Look at the picture I offered. Back when people fought like tigers if two of them simultaneously found a smokable cigar butt in the street, advertising was a riot. Every available surface was covered with it. Barn roofs, sandwich boards and everything in between. And there was so much of it because it was cheap to get it out there- anybody would do anything to make a buck; and the need was there because everybody had to fight tooth and nail for economic survival. After a while, when economic conditions got less ferocious, advertising got more sophisticated and started going for certain segments of the population to maximize return, and people could be just as easily peeved by being assaulted by advertising as enticed to respond kindly.

That wall up there is the internet right now. It won't last. You go to the average blog, and there's a riot going on. There are 35 little ads for every durn thing, and little virtual tschotchke stands, and after you've surfed past the vast panorama of cajoling, and the tiny portion of stolen opinions, there's generally a real depression touch: out and out begging. They call it a tip jar, but a tin cup is more like it. It's 1931 on the internet, and we're all Bill Murray waking up to the sounds of "I've Got You Babe" one more time.

I've seen the vestigal remains of hundreds of depression era "bright ideas" designed to make a couple of bucks. I drive past christmas tree farms gone to seed. Chicken coops rotting on their punky sills, producing only spider's eggs now. I can still see the ghostly remnants of whisky ads clinging tenaciously to battered brick walls. Kudzu, anyone? When the leaves fall, I can spy a "Red Coach Grille" billboard falling to pieces out in the woods near a highway, disintegrating like a cadaver, its painted raiments falling in tatters and its offer of hospitality in a place that hasn't existed in thirty-five years ringing hollow. It calls to me, but not in the way they first envisioned. No matter; that ad-man cashed his last check long ago. The billboard was pointed at a different highway anyway; the one I'm on is newer than the sign.

There are mighty places on the internet where many congregate. Their wake alone would swamp such as my little rowboat.

If they charged $15.00 a year to read them, they'd all be mowing my lawn.
Posted by SippicanCottage at 8:19 AM