You Say It's Your Birthday 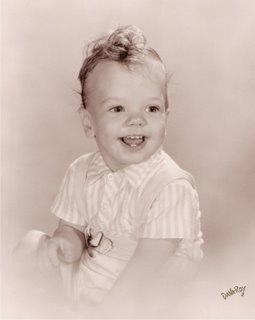 If I could live a thousand years, I wouldn't change a goddamn thing, if it meant one fewer minute of sitting at a table I made, in a house that I built, across the table from the wife I won, watching the children we made smear their dinner on their faces.
Posted by SippicanCottage at 8:18 PM

....I've entertained people from miles away who don't even know me.

Thanks for your entry...they're always the best.

I'm quite curious about the thousands of autographs. Care to elucidate??

Thanks for the kind wishes. My wife took me to newport Rhode Island this afternoon and we had a date. That's a rare and wonderful thing.

It's a testament to the power of celebrity, no matter how small it might be, that your interest is piqued by that, and you went right past a murder and all that other stuff.

Maybe I'll write about it sometime.

Murder schmurder. I used to do criminal defense work. That stuff interests me not at all.

But a brush with celebrity? I'm truly a child of the TV age. Tell me more.

'Tis a good thing to date one's spouse. How are things in Bouvier territory? Best wishes to Mrs. Cottage.

Mrs Cottage and I had a swell time in Bouvier territory. Interesting you called it that. I took some pictures of the magnificent romanesque church where Jack and Jackie were married, but the disc was corrupted and I lost them. I'll post some others that came out today.

I used to be, and very occasionally still am, a musician. My wife paid five dollars to meet me. I paid yesterday.

"My wife paid five dollars to meet me." What a line!

There is a treasure trove of stories yet to be told in this post. Do tell!!

I'm the most curious about what you were doing in your high school chemistry class!

I made the world's largest unauthorized flash cube.

magnesium- is there anything it can't do?