Don't Laugh. 'Light Dawns Over Marblehead' Is the Name of My Moulty and the Barbarians Tribute Band. But I Digress 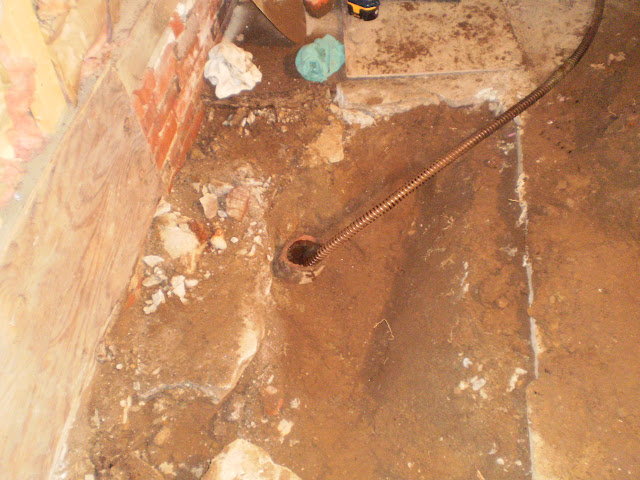 Why did someone call me a genius in yesterday's comments? Is this like when you choose the ugliest girl as the homecoming queen, and then snicker behind her back? Yeah, sure thing, "genius." I may not be a sooper gene ee us like Sippican, but at least I'm pooping indoors.

My behavior didn't feel very genius-y to me. I found it to be an example of something we used to call: Light dawns over Marble Head.

I was born in Massachusetts. That means that if I live in Maine for the next 140 years, I'll be from Massachusetts. That's the way they roll up here. I'm a Massh*le, and will never shed the mark of Cain, and Cain's potato chips. I can bear up under the shame of it. Eventually maybe they'll soften a bit, and say, "He ain't half bad for a flatlander, I tell you what." I'd settle for that. But I'll probably say some Massachusetts-grade thing like: Light Dawns Over Marble Head, and they'll reset the clock.

Marblehead is a town on the North Shore in Massachusetts. It fronts the Atlantic, and it's full of boats and people with whales on their pants. When I was younger, and worked construction with the kind of guys you see depicted banging nails on Mr. Blandings dream house, they'd often say, "Light dawns over Marblehead," after they figured something out. It wasn't a self-compliment. It meant you had been a bit dense for a while, but eventually, light dawned over marble...

Explaining jokes ruins them, doesn't it? The point is, eventually even I catch on. Let's look at someone smarter than me. Look what Matt had to say in the comments. It smacks of figuring out something unseen:


The ear worm in the room is the sudden realization this main appears to be intended to drain in the direction of the street, out the front of the house, beneath a pile of dirt that is some two stories higher than the Igor-spec basement slab. No way. This thing has to make a 90deg turn somewhere uphill of the clean-out and sensibly make its way back downhill once clear of the side of the house. When the old girl was built, the toilet must have been "too close in the summer and too far in the winter". Where would the presumed retrofit have emptied? Is there a creek out back? So many questions.

Well, like any good MacGuffin story, I think Matt has stumbled on the answer by following a false trail that leads to clear thinking. He's assuming that the sewer drain wouldn't be buried that deep in the street out in front of my house. My house is two stories high in the front, and four stories high in the back, so that makes a lot of sense. Making sense will get you into trouble in these parts. There was a problem with the sewer main a quarter-mile or so down the street a year or two ago, and they dug a hole thirty feet deep to fix it. Anything is possible, as Colonel Steiner says in another good movie where you're supposed to root for the bad guys a little.

When I bought this house for a little under 25 grand, I got a free house lot. No one intended to give me a free house lot. The realtor said it wasn't included. It was on the deed, lady. You should totally read those things. Totally. Someone had intended to build a house in my back yard about fifty or sixty years ago. Unlike real estate agents and wedding photographers, I perform due diligence when a house is going to change hands. They had plotted out a street that would have been punched through to make the landlocked lot in my backyard a viable houselot. Of course, the mill town I live in has been in an inexorable decline since the day the ink was wet on that plan. No one has built a house in this town since disco. They didn't put in a street, but I bet they put in the sewer main, and I bet they hooked my house up to it. Out back.

So I'm incredibly lucky. The sewer line is made from really durable stuff that I understand really well. Vitrified clay sewer pipe is awesome. It's really strong, and it's impervious to all the really dumb things I assume have been sent down the drains over the years. I'm trying to picture why someone would want a sink in the sub-subbasement so badly they'd bury the sewer cleanout to get it. I doubt they were pouring Perrier down it. People will dump anything into a town sewer. A lot of looped and loopy people have lived in my house before I wandered in, so their imagination is certain to trump my experience in these matters. I may find out they flushed a mattress or a Buick or a chesterfield or a gallon of roofing tar or forty gallons of goat's head soup down the drain over the years.

Whatever the problem, I'm bound to find it. I'm off to get an electric eel.

[to be continued]
Posted by SippicanCottage at 12:09 PM

Keep digging,I'm a dab hand with a shovel I'll meet you in the middle.....once a navvy etc.

It's bittersweet to know your problem is almost resolved. Glad it's you and not me. This fall I'll be driving by Marblehead, but I doubt I'll realize it. That's all I have for now. Carry on.

Hiya Thud- I had to look up what a "Kango" was. Never heard a demo hammer called that. Been out of the loop too long, I guess. We have a fairly heavy-duty rotary hammer in the shop. The auxiliary handle for it got lost, so it's now my number one choice for breaking unsuspecting helper's wrists.

Hi Casey- If you drive three hours past Marblehead, make sure to honk the horn and wave.

I am finding your serial on excrement oddly compelling. I wait at the dock for the ship to come in, anxious to read the latest installment.
You are the Dickens of deuce, man. What will you call this-- A Tale of Too Sh!tty? Great Eructations? The Mystery of Edwin Doodie?
Seriously, you make us all care about poop; that is some great writing.
Well done!

Hi Cachinnosus- Thanks for reading and commenting and for your kind words.

I dearly wish I had come up with "A Tale of Too Sh*tty" before you did.

Sipp. I ought to knock on your door. We'll talk.

And now we take you to the latest installment of Scheherasippican's 1001 Turds!

Do you have ABS pipe there? We use it almost exclusively for DWV out here in western Canada and the glue requires no primer and seems much less noxious than the purple-primer solvent combos for PVC.

How about tree root killing chemicals? I cured an invasion of weeping birch roots with something I flush down the toilet twice a year. So far anyway, 3 years and counting.

Have you ever seen pipe made like a barrel, with barrel stave walls held together with a steel wire spiral coil? I've got some remnants of that on a property I own in rural BC close to the US border.

In dealing with subterranean plumbing problems is much thinking either necessary or wise? I have found that 5 minutes of thought, 20 minutes of snaking etc, then the immediate application of brute force via concrete saws, jackhammers and sledgehammers is more efficient, much faster and mentally soothing. But my training came from my German father who treated all such problems like Wehrmacht tactical issues.