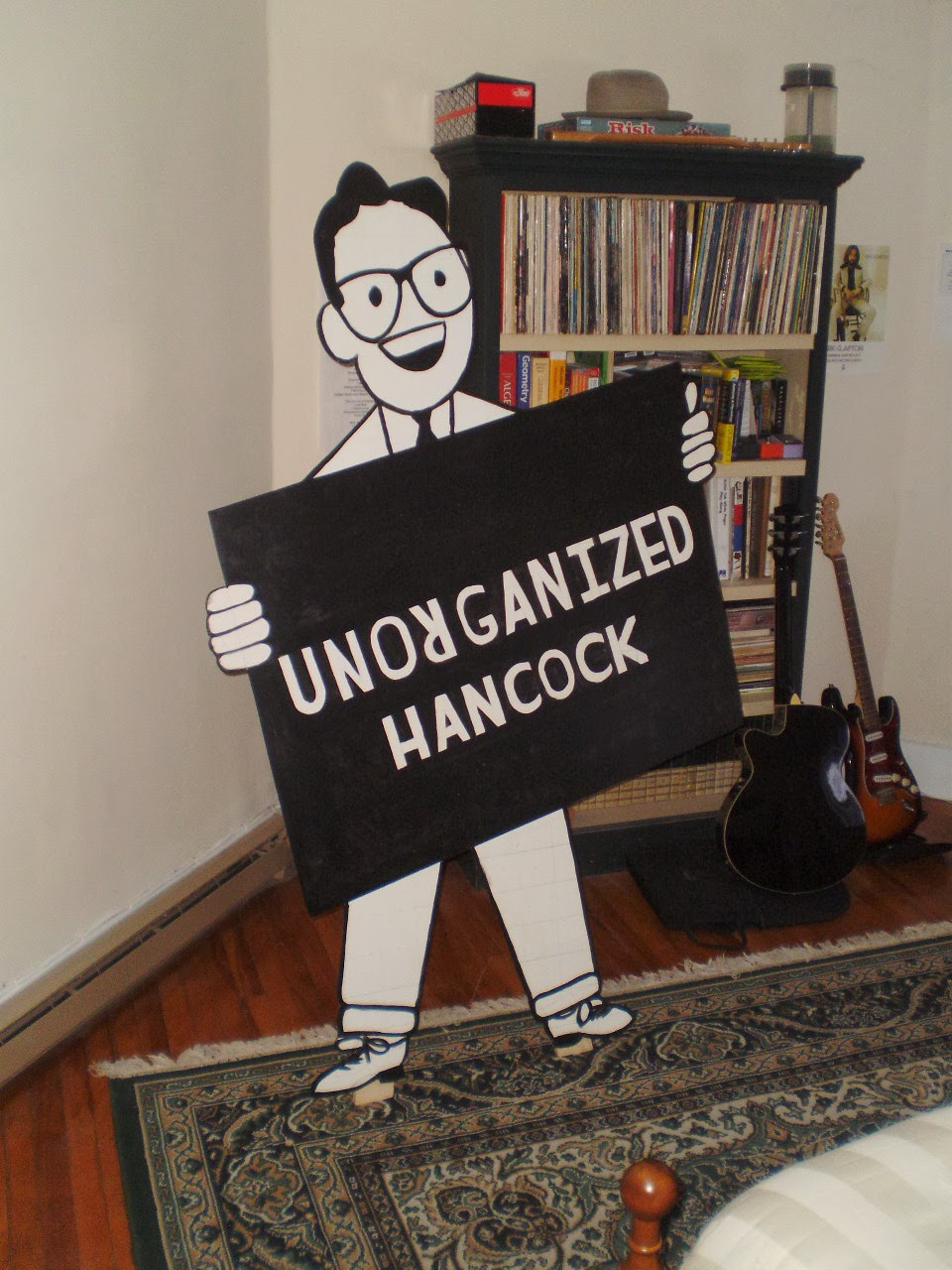 My two sons, AKA Unorganized Hancock, are performing tonight in the very first venue they ever appeared at, The Mystic Theater at 49 Franklin Street. It's right here in town, so it's convenient, and it's one of the nicest stages I've ever seen, and I've seen a lot of them.

49 Franklin is a function hall on one floor and a performance hall upstairs where the kids will play. It's a re-purposed church of some sort, not sure what flavor. I was born a damn Papist and I can't tell those Know-Nothing sects apart. Presbyters or Unitarians; makes no difference to me. They don't even have incense or candles or anything. What's the sense of putting money in the plate if they're not going to put on a show?

The boys are in the Big City newspaper again. The Lewiston Sun Journal, or as my neighbor refers to it as: The Lewiston Sun Urinal. Well, we take our publicity as we find it, and don't cavil. I have no idea how they found out our sons' names, but they did. Any mocking references to the Journal have to be accompanied by a caveat that acknowledges that they at least do their job, and find things out and report them, unlike some hoity-toity rags that allegedly publish All The News That's Fit To Print. Those papers seem decidedly uncurious about a lot of things they report.

The show is being billed in the Journal as "Unorganized Hancock And Others". Snicker. Reminds me of this: 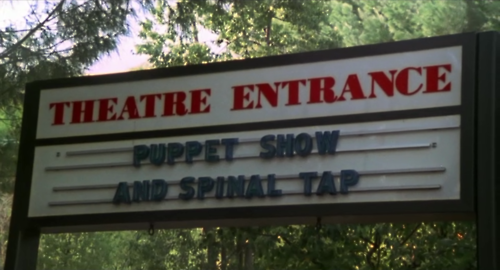 A very long time ago, I played in a Happy Hour band on Cape Cod in Massachusetts in the summertime. We played every weekend at the largest club on the Cape. Since we were the first act hired every summer, the bar manager would dutifully go out to the billboard on Rt. 28 and fish through the mismatched letters he had in a big box and put our name up there first. When the nationally known acts came through for one-night stands, he'd add it to the billboard with whatever letters he had left over. Our band had a lot of words and letters in the name, so he'd really have to scrounge sometimes.

One of the most unintentionally funny moments in my entire life was driving up to that tired old barn of a nightclub, and as the billboard hove into view it read:

Posted by SippicanCottage at 10:26 AM

Email ThisBlogThis!Share to TwitterShare to FacebookShare to Pinterest
Labels: Bits of my life pulled out and flung on the Internet floor, cape cod, Maine Family Robinson, Unorganized Hancock

Wish I could be there to hear the band. I know they will swing, and so will the crowd.

What's the sense of putting money in the plate if they're not going to put on a show? I spent most of my life in a church that didn't even pass the plate. There was a wooden box with a slot in the lid, at the back of the sanctuary. A beautiful wooden box, lined and padded---you would have liked it. A man in the congregation made it---he made wooden hunting bows for a living.

I assume from your efforts to keep the name undisclosed I cannot mention in tribute the band that made "Stump the Band" a Cape legend, Jimmy Noonan, or the now-lost PB's, a great place to get a drink, and, strangely enough, play beach volleyball.

Was it Moultie and the Barbarians?