Notes From All Over 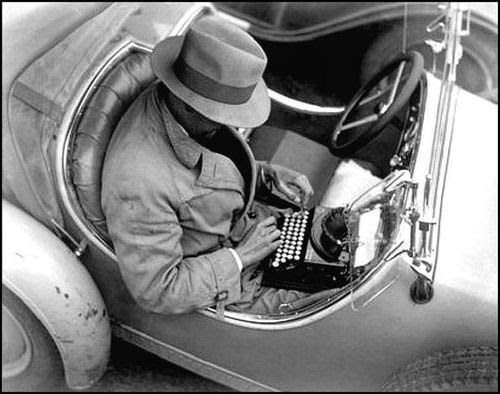 My friend Gerard occasionally writes an essay to demonstrate that I'm the second-best essayist on the Intertunnel, and no better:  It was one of those small town events that puts your faith in the essential goodness of people back into your soul.

My friend Bird Dog is the only person that's ever noticed that I occasionally insert lyrics of my own devising into other people's songs when I write about them. I suspect he's just feigning ignorance that I wrote them:  Sipp has all the verses, including the ones often left out...

Admit it: If you don't like musicals, you always end up rooting for the Nazis in this one. But I'd totally get on board with the Von Trapps if they remade The Sound Of Music like this:

My friend Steve Layman reminds me of one of my favorite Beatles songs to play. I once played in a band that was a Beatles tribute band before I met them, and at the drop of a hat they could bang out any Beatles song like pros. We were jerks, and sang: "I'm gonna let you down 'cause you are flat... "

Sometimes I think there aren't enough pleasant people on the Intertunnel. Then I find people like The Execupundit.

Other times I think there aren't enough pleasant people on the Intertunnel. Then I visit the Daughter of the Golden West.  We decorated our Christmas tree with her ornaments. You should too.

Gagdad Bob is the only blogger with a profile page more amusing than mine. I want to go over to his house and listen to Pharoah Sanders records, but I have to shovel my driveway.

Still plenty of nice stuff, discounted, and with free shipping, for sale at fastique.com.  I don't like to brag, but I know how to make an end table out of a tree.  Just sayin'.

Posted by SippicanCottage at 1:49 PM

Email ThisBlogThis!Share to TwitterShare to FacebookShare to Pinterest
Labels: This and That

The Sound of Music was the first movie I ever saw. After that was Mary Poppins, so of course as a little girl Julie Andrews was my hero.

That gif has renewed my admiration. Also, my husband is rather concerned at how loudly it made me guffaw. I don't know why. I've repeatedly told him that I'm a 12 year old boy trapped inside the body of a middle-aged homeschooling mother.

Marieanne- You are in the right place.

I had a feeling.

Sipp,
I hate asking on somebody's else's blog, but I haven't been able to get Maggie's farm to come up for monjths now. Is there some reason it's dark, or an email I can use to follow up. I miss Maggies Farm. Is it just me and what did I do to deserve getting cut off?

Hi J- Maggie's Farm are friends of mine and I'm glad to answer your question as best I can. I don't know why you can't reach their site, it works fine for me. I believe they used to have two separate URLs for their site, and perhaps one is no longer in use, and that's the one you're using. Try pasting:

into your browser and see how you do, or hit this hyperlink and save it once you get there: Maggies Farm