Shame About The Creedence 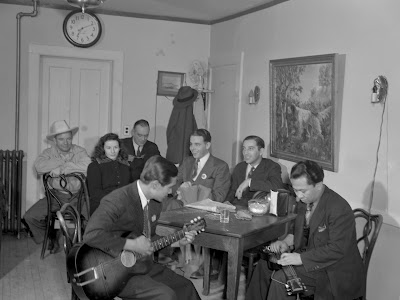 Our friend Deborah asked a question in the comments after yesterday's essay about Wichita Lineman:

It's hard to argue about her rating for the first thirty seconds of Long Cool Woman. It is instantly recognizable everywhere, to most everyone. Let's have a listen:

There's a problem with Long Cool Woman, though.

Let's move on to second number 31, and all those that follow. Like many songs with very recognizable intros, it's two different songs. Back in the day, if you played that intro in a club, the audience would whoop and flood the dance floor. So far, so good. But when the scintillating guitar riff and the second big ol' BOOM BOOM on the snare and floor tom was over, the bass player starts dutifully playing a polka at the slowest tempo imaginable. Short of turning on the lights, you can't possibly clear a dance floor any faster than by doing that.

It's the same problem you have when you play a rockabilly song in a place frequented by people that can't dance country. Everyone gets really excited, then discovers on the dance floor that they have no idea what the hell to do with that beat and their feet. The hayseeds that can two-step glide around the floor, everyone else hears their mother calling them right quick. The brave souls that could Lindy Hop before their hip gave out could have managed it, too.

To answer Deborah's question: no, that's not an electric bass guitar that gives the intro that sound. The guitar players in the video are playing regular Fender Telecasters, and the recording sounds like it, too. They've got the reverb cranked up to 11 on everything, though, including the vocals and drums, and it gave it that sound. The producers and engineers of these records don't get enough credit for such contributions to the final product, generally. George Martin, the Beatle's producer, wasn't "the fifth Beatle." He came in third, if you ask me. Maybe second.

Speaking of songs that are pretty good flash fiction in their own right, Green River surely is that.

Well, take me back down where cool water flow, yeah.
Let me remember things I love.
Stoppin' at the log where catfish bite,
Walkin' along the river road at night,
Barefoot girls dancin' in the moonlight.

I can hear the bullfrog callin' me.
Wonder if my rope's still hangin' to the tree.
Love to kick my feet way down the shallow water,
Shoe fly, dragon fly, get back t' yer mother.
Pick up a flat rock, skip it across Green River.

Up at Cody's camp I spent my days, oh,
With flatcar riders and cross-tie walkers.
Old Cody, Junior took me over,
Said, you're gonna find the world is smoulderin'
And if you get lost, come on home to Green River.

I could try for a good long time and never come up with the imagery bagged and tagged by "I spent my days with flatcar riders and cross-tie walkers."

Long Cool Woman is lots of fun; but Green River is Artemis' baby, conceived on the sly, midwived by Bob Dylan, delivered by a stork from Bakersfield who got lost and stopped to ask for directions in Yoknapatawpha County.
Posted by SippicanCottage at 3:23 PM

We are not worthy...

Pretty good clip for Green River but it unfortunately cuts off before Fogerty delivers his immortal sign off: "'Thank you goodnight now it's time to go home' "

That has got to be a Kustom amp set up J Forgerty's playing through. Who else dealt in Nauga.

When I bought my first electric in about '82 or so seemed like every music store had a clutch of Kustom amps or cabinets in the "Used" section.

Even I've posted the lyrics to Green River. That only means it is ubiquitous, because what the heck do I know about music?

I will wait here for more entertaining music critiques by yourself. They are fun.

Thank you, Sipp. This all started when I found Raul Malo's version of Long Cool Woman, which seems to be in a slightly higher range than the original Hollies recordings.

It's interesting to me that the lead guitar is limited by his guitar cord. Youda thought by that time they could have afforded a longer cord.

And it always seems there is at least one band player, usually the bass player, but not in this case, who is absolutely expressionless but technically perfect.
Seems the SH is in good company.

When you got bored as a band, did you play head games with the audience like you described?

There's a book called "Look Me In the Eye" by John Robison, that has some fascinating behind the scenes descriptions of some of this. Robison was the guy that came up with KISS's exploding guitars.

Said it before, say it again: "Long Cool Woman is lots of fun; but Green River is Artemis' baby, conceived on the sly, midwived by Bob Dylan, delivered by a stork from Bakersfield who got lost and stopped to ask for directions in Yoknapatawpha County."

Mr. Sippi, it's a good thing words can't get pregnant, 'cause you got a way with words.

When I lived in Leflore county we used to go to the Carroll county picture show, across the Tallahatchie bridge.

Sometimes we would drive from Hinds county up to Coahoma county, where my father was born. In all those journeys we never made it to Yoknapatawpha county. Funny that.

This piece of writing will help the internet viewers
for creating new web site or even a blog from start to
end.