Fascinating, But Not Interesting 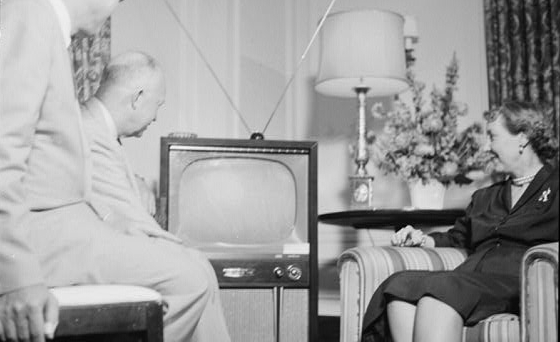 For all intents and purposes, I never see television. My wife and I like watching football games together, though, so we grab a stream online now and then. It's generally a feed from some far-flung, random place. Unlike watching cable TV, there is no remote control to allow you to hammer through the channels when they show commercials. You end up seeing everything. It's like a glimpse into another world for me.

I've remarked before that I appear to be the last male on earth that doesn't need a truck, and can still get an erection without a handful of pills and two bathtubs out in the landscape. I'm not in the market for diet beer, either. That means 99 percent of the commercials are lost on me. It's Christmas, so the truck commercials have morphed into "buy your wife or your metrosexual significant other a car" for a present. We're wondering if we'll have three square meals and heat on Christmas, so it's a little weird seeing everyone else agonizing over buying each other cars --when they're not commenting on MarketWatch articles they just read on their iPads that they're so poor they need Obamacare vouchers to afford their Levitra prescriptions. The whole mess just sort of rolls by, oddly, like a flood of flotsam from a tonier town wrecked upstream. The average American has grown fascinating, but not interesting.

Never mind all that. If I took an interest in other people's lunacy, I'd have precious little time for my own. There was another thing that caught my eye. It was a commercial repeated endlessly on an Arkansas local station the game was on. Other than the crazed amusement you can have watching the Swedish TV station feed, the Arkansas feed is the best for delightful incongruity. We call the Swedish feed "The Hitler Channel," because every-other commercial on there is some sort of WW II program promo. The Arkansas feed is all tree stands for deer hunting, weirdo furniture stores, and misshapen local news docents. Everyone looks exactly like Monica Lewinsky no matter what they're selling. The only nod to Hitler on the Arkansas station is Michael Jordan selling T-shirts, because he's got a Hitler moustache now. I'm from Boston, so I always thought it was Bill Laimbeer that was Hitler, but who am I to argue with Michael Jordan?

No human is entirely immune to advertising, no matter how we like to flatter ourselves, but my antibodies are higher than the next guy's, and I had to ask my wife this morning who the hell was selling useless toy tools to useless tools right after every single fair catch time out. Ah yes; Crapsman:

Any effeminate cubicle drone that keeps a blog instead of doing his job would make a tedious point that if the gender roles were reversed, and a woman was unwrapping a vacuum cleaner by the Yule log, there's be nothing but a greasy spot where the ad agency used to stand when the feminists were finished with the place. But that's not me. That's not what's going on. Those tools are not to be useful with.

I'm surrounded by tools all day long. They hold no terrors or excitement for me. They just is, to coin a malapropism. I make furniture, but I don't have elaborate tools, really; but then again, I don't have toys from Sears, either. Most of mine are just big lumps of nondescript cast iron and noise. I use them to do things and that's that. There are no lightning bolt stickers on the side of them.

Those tools in the commercial aren't about being constructive. They are a form of flattery, the seemingly useful given to the seemingly useful to feel better about themselves. But there's something more *ahem* afoot here. There is a female equivalent to the childish man ego being massaged in that commercial, and it isn't a vacuum cleaner, or even a Lexus with a bow:


Men and women are plunged together in modern office life and they're not allowed to have overtly human lives with clear delineations between the sexes anymore. The women have to pretend they're sort-of men and the men have to pretend they're sort-of women. They all mill around in cubicle farms glaring at each other and wondering whether to ask each other out on a date or sue each other for looking at each other like that. There's laws against anything really productive (smelting only has something to do with lunch now) going on in most workplaces now, so sublimating everyone into the sexless iBorg doesn't hurt the company much. You shuffle some pixels and then you go home and watch TV no matter what sort of wedding vegetables you're packing.

But a human is a human. Girls want to feel like girls, so no matter how dowdy and sensible they feel they have to look to make partner. They can't help themselves and buy the cruel shoes over and over again like a geisha girl would. And the men, such as they are, need something to hang on the pegboard in the basement, even though an Ikea shelf is equivalent to a particle accelerator that needs assembling to them.

God bless you, kids; kick off --er, pry off -- your shoes, put down your cordless screwdriver with the battery you've forgotten to charge for four years, and hold hands while you watch the Hitler channel. Maybe you'll get lucky, the Cialis will kick in, and you'll end up with a kid. You won't know what to do with the little ankle-biter either, but you can play with their Legos and Barbies, and you'll finally be happy.
Posted by SippicanCottage at 2:05 PM

I'm sorry, but did I see a black man flash by as part of the gang in that Crapsman ad? Did he get a box to hold the tools he doesn't have?

What would he do with tools? Work?

I've never understood the shoe thing. Especially these days when the shoes just seem to get uglier and more punishing.

I splashed out last week and bought a new hammer...nice! On the reproduction front I seem to be managing without Pfizers help thank you very much.

The delightful Cinderella stepsister stuffing her size 8s into those red high heels is the same actress who plays Pauline, the doctor's yummy and ebullient receptionist on my favorite show: Doc Martin on PBS.

You and Dr. Ellingham would get along famously...

I hope it isn't too obsequious to admit that I think your blog is fanTAStic. I never miss an update.

Jaysus, Who invited Archie Bunker and Stretch Cunningham over?

Julie- You can examine the shoe question if you like. Men are not allowed to look directly at it; it's like Medusa.

Thud- You are my brother from another mother.

Hi Bob- You're very kind. Thanks.
That clip of Katherine Parkinson is from a show called The IT Crowd, which is very witty and incisive. I've never seen the Doc Martin show.

Leslie said...
This comment has been removed by the author.
9:30 PM

I am using the same hammer I bought in '71. Have not worn it out yet, although it wears me out much more rapidly 40 years on.

Glad someone else noticed the MJ/AH look. Seriously, can't any of his makeup people or other assorted hangers-on pull him aside and whisper something like "Yo, Mike, dude, you really need to tighten up the facial hair thing, okay?"

I've always thought there was something ego maniacal about the worked "I" in all those gadgets.

Worked should be word.

Those folks worked their way through the Depression and War years. After that, and the post-war economic boom, I reckon they were mighty glad to have some spare time to put theis shoes up and watch some tv. They earned that living large.

Cachinnosus said...
This comment has been removed by the author.
9:50 PM

I think my Grandfather had the same relationship with tools as Sippican; most his life he ran a Amoco oil distributorship in low country South Carolina that serviced gas stations, homes for heating oil, and farmers for field equipment and tobacco barn furnaces.

But where he got his hapless metrosexual on was fishing gear and golf gadgets. A total sucker for the newest promising gewgaw.

In the past, ignoring much of the advertising was more difficult. Now, with the fast screen changes, references to obscure people and events - with music that's as alien as the thoughts of a spider - it's much easier. Sometimes, the commercial ends and I have no idea what was advertised.

As far as hammers, I've been disappointed with every hammer I've owned since a friend lost my Blue Grass 20 oz hammer that I used for years. It was like losing a family member. Things haven't been the same since the loss.

It was a sad day when my Snap-On ratcheting screwdriver went into the drink. One of its best qualities was a fluorescent lime-green handle.

Maybe it was a shoe-substitute.