Whatchoo Lookin' At, You Flatlanders You 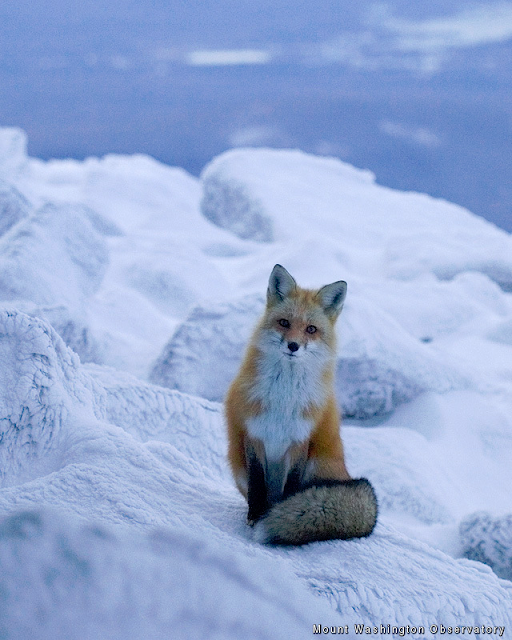 I got up early yesterday, well before the dawn. It was amazingly cold outside. The Weather Channel had predicted 19 degrees below zero when I went to bed (with all my clothes on). There was ice riming the inside of my living room windows.

If I drove west for a little more than an hour, I'd be at Mount Washington, in New Hampshire. You don't have to drive too far past it, continuing west, to be in Vermont. Mount Washington is famous for bad weather, and people squat on top of it pretending to be scientists or something, but are really just human beings, and so find extreme things interesting and want to look at them when they should be working.

We drove past Mount Washington almost a year ago, delivering a truck freighted with the ghosts of our belongings to a charming town in New Hampshire called Littleton. We saw a big, brown head poking out of the puckerbrush by the side of the road, lumpenly watching us go by, and knew we were in a wild place. I would have gotten a picture, but the poor beast was frightened by the squeal my wife made --even  a car buttoned up for sub-arctic weather cannot contain such a thing --and lumbered off to look for quieter neighbors. I doubt he found them on Mount Washington. They're always squealing up there, I imagine.

The Mount Washington Observatory
Posted by SippicanCottage at 7:42 AM

Email ThisBlogThis!Share to TwitterShare to FacebookShare to Pinterest
Labels: Bits of my life pulled out and flung on the Internet floor, winter

Whoa, now that's a pretty fox. Much handsomer than the sole fox around the Seppofarm these days, it seems the coyotes are competing too much in fox territory for food and beauty shop treatments.

Thanks for posting this.

We are seeing more and more red foxes here in Lancaster County. Maybe because so much of the land is being developed, they are moving, too.

I hope this question isn't too crude, but are there any children born in Maine during the months of August, September, and October? (And of course I mean outside of those families who are able to spend the winter in warmer climates - like Florida, or Minnesota.)

Hi Kenneth- It's too cold to crouch in everybody's bushes and peek in their windows so I can't determine if you're on to something.

Jewel- "so much land is being developed" Not so. The amount of land in the Northeast that is forested has increased a great deal over the last century. It used to be farmed.