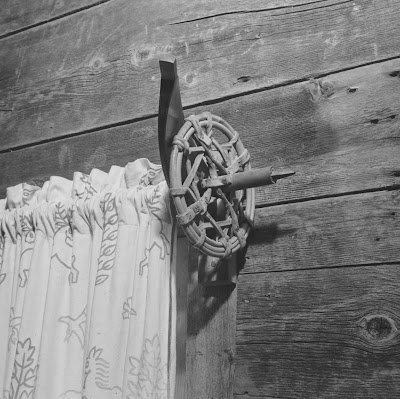 A long time ago, skiing was for rich people.

A certain kind of rich people. The only person I knew of that did it in the town I grew up in was the town's dentist. He drove a Citroen. My dad drove a Ford Falcon on its third owner with 175,000 miles on it.

When I was maybe nineteen, I ate my first fresh strawberry. I understood then there was another world I wasn't living in.

I hated the winter --still do-- because I was always cold. No one poor likes the winter. Rich people knew all about Leon Leonwood Bean and went skiing. We would have looked at it like it was a catalog of spacesuits, if we'd ever seen one, which we hadn't.

I decide to embrace my hate of the winter. I would learn to ski. A friend gave me a manual written to instruct ski instructors on how to teach others to ski. Everything was always twice removed in my life, and maybe always will be. When the world gives you lemons...

Never mind that. When the world gives you lemons you don't make any gaddamn Erma Bombeck lemonade; you howl gigantic curses into the ether and then you shrug and get on with it, or not. But you throw the lemons in the trash first. You know it's true.

So I learned the bizarre book I'd been given. I did this exercise in my crummy apartment where I slept on piece of foam atop a door taken down from its hinges propped up on four milkcrates: You put your heels on a threshold to get the forward lean right, then did deep-knee bends and held them when you were halfway upright.

I swapped some other junk for some skiing junk. The skis were old Rozzies that had been run over so many times by people taking ski lessons from their owner that the metal edge that bound the fiberglass board was worn all the way through. The entire upper perimeter was as raggedy as a shawl and as sharp as a razor. I cranked down the venerable bindings all the way, because you had to choose between never on and always on and I couldn't see the wisdom in never on.

Like most things for people without the money or leisure to follow through with their plans, I had no prayer of performing on perfect pistes among the dentists, but it was the idea I was after. I must conquer winter.

I knew I'd never be able to blow the money it took to go skiing on skiing. So like always, you go around. In the back of the loopy textbook, there was an offhand comment that if you showed up at a ski area and were a ski instructor, they'd let you ski there for nothing if you'd help them with Ski Patrol nanny patrol. Telling people to slow down, and generally ruining everything for everybody.

So if you learn to ski by reading a teaching manual, why not just take the test when you're done? Hall monitor, here I come.

So more or less the first time I went skiing I was teaching it for money at a ski slope with a massive 225 foot vertical. I'd cut the little kids' clothes to ribbons with my kitana skis, and carry the lazy ones on my shoulder to slide the patch of the bunny slope that was my domain.

I took the money and bought German downhill skis and flashed my little pin at the real ski areas and they let me ski for nothing half the time with the promise I'd watch for reckless skiers. I'd smile and nod and even occasionally wear the little vest they'd give you until I got to the lift. Then I went sixty miles-an-hour down their slope and sent all the dentists' kids into the snowbanks trying to get out of my way. I am not a liar or a cheat. I was always on the lookout for reckless skiers, but it was not my fault they were always behind me and couldn't catch up.

When the gradeschool nuns were rapping our knuckles and telling us we were as good as anyone, I knew they really meant shut up and behave yourself and know the dignity of never raising your eyes to the horizon. They told me I'd be struck dead if I turned around in church, too.

I turned around. I wanted to see what it was like to be struck dead.
Posted by SippicanCottage at 9:10 AM

As I contemplate recovery from yet another surgery on the shoulder I wrecked, over 20 years ago, while skiing on a trail called, appropriately, The Jaws of Death, where I caught a downhill edge because I tried to sneak a quick peek behind me, I can assure you that looking back is not a good idea.

On skis, certainly not.

Power to you. When I moved to Oregon I thought, "I can go skiing again!" I went, for the first time in 15 years, without benefit of health insurance, and my bindings must have been too tight, because when I fell the skis stayed on and immobilized my knee while the rest of me did a few rotations. Goodbye, ACL! And skiing.

I learned to ski in Switzerland as a teenager living less than high on the hog...I felt a little like a gatecrasher but I had more fun than I could handle,something to do with homemade schnapps I think.

The dentist had a Citroen.
The cars my pop had before I was 10 in no particular order are as follows.

When I was ten we moved to Washington state and dad decided we should learn to ski. When the snow started to fall that first winter he presented me with a pair of Kneisel White Star's of about 215 cm (for you skiers out there you know what I'm saying when I say these were inappropriate for a beginners ski) and a pair of, I kid you not, leather Austrian lederhosen complete with suspenders and little plastic eidelweiss blosssom on the gusset.
I tried skateboarding instead and never did learn to ski until I ran away to Colorado later in life.
By that time I was more of a Ford truck sort of guy but people could tell without looking too deep that something was wrong in there.

Maybe in New England, skiing was for the rich. In S. Utah on Cedar Mountain, where my dad grew up, it was strictly the joy of the poor. Kids watching sheep or cattle through the winter couldn't get around any other way than by skis. My dad's first pair was a couple of old barrel staves. His bindings were nails bent around his shoes.

Rich people didn't have to work in the snow. Rich people went on vacation to S. California. Skiing was the private joy of working class folks living in the mountains.

The idea that 50 years later skiing would be the biggest industry in the state would have been unthinkable when my dad was herding sheep in the alpine wastes at age eleven.

By the time I was eleven, my dad, now a doctor living in Vegas, had to pay hundreds just to teach us what was once a simple joy to him.

None of us were ever the hot-dogger he was.

Sippican is a fine writer indeed. I just stopped by for a visit; whew, he's on a tear in a few of these posts. Great Caruso display...

Been struck dead. Twice. It's not half bad.
Details, someday.
Lynne