Let's Have Some More Sandwich 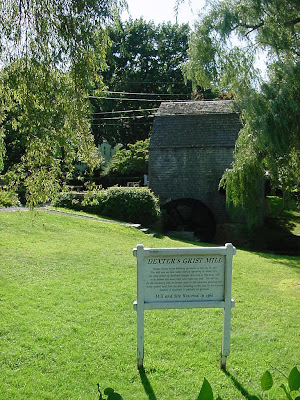 Sandwich, Massachusetts, of course. Founded in 1639. When I was a lad, much was made of the Bicentennial of the Founding of our Great Country. Jimmy Carter was President, as I recall, and was busy telling us to put on a sweater and drive real slow, so I remember it as the sort of interlude you have when a cranky, loony, old aunt comes to visit. It's interesting to consider that Sandwich was hanging around Cape Cod for 137 years before those 200 years rolled by, which is 32 years ago on top of that. Sandwich is old. 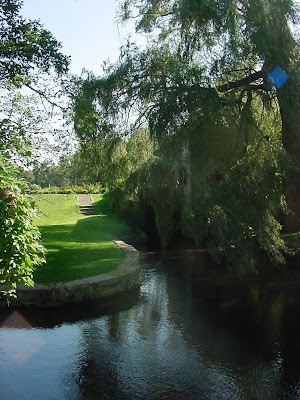 The Sandwich Heritage Museum is like a loopy rich person's stamp collection writ large. A series of loopy rich people, actually, as one lieutenant of industry bought another sargeant of industry's weirdo assortments of whatever caught their eye, and put labels under it. I actually liked the disordered theme of the place, made very orderly; it's the essence of collecting things.

The original loon was a blanket manufacturer who commuted to New Bedford and grew exotic rhododendrons. When you stand in the Orange Place and see row after row of fist-sized rhodies and azaleas for $5.99 each, it's easy to forget that they were exotic and asian in the not too distant past. 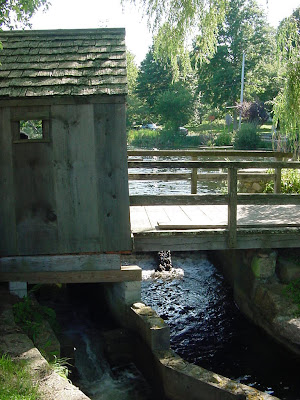 At any rate, that guy died, and another crank that collected old guns and weird cars and assorted other curiosities bought it. Carpetbagger from Indiana.

That reminds me of a story. People from Cape Cod, and especially the two big islands offshore, Martha's Vineyard and Nantucket, used to be very insular. There were very few names -- a dead giveaway. Snow. Crowell. Starbuck. Dexter. Higgins. Anyway, it got to be a running joke about how long you had to live amongst the locals before they would accept you:

A woman was born on a ship moored in the harbor in Nantucket. It was a beastly crossing from Old Blighty, and the doctor didn't want to risk the poor mother delivering in the little launch with the oarsmen watching.

The baby -- a winsome girl-- was brought ashore upon her birth,and until the day she died, she never once set foot on a patch of dirt that wasn't Nantucket. She became a kind of fixture around the island, raising a big family, starting charities for the less fortunate -- in short she exhibited every manner of civic virtue you could name. She was prominent; so prominent that the whole town turned out for her funeral when she died, rich in years and accomplishments.

The old vicar mounted the pulpit. He paused for a long moment, removed his pince-nez, and polished them a little with his handkerchief. It was a method he used to gain absolute silence before he spoke. The crowd, already quiet, assumed a stony silence. Every eye was riveted on the preacher. He began:

"She wasn't from around here...
Posted by SippicanCottage at 12:38 PM