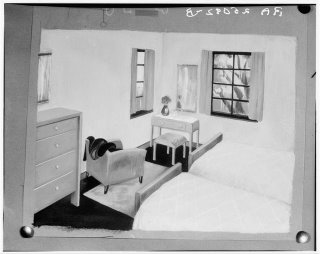 My wife and I finally looked at each other, and there was nothing left to say. We'd been living a lie all these many years. The thing we thought we had was a chimera. It existed only because we never examined it; to inspect it was to instantly disabuse ourselves of the illusion. We needed a clean break.

We went through the motions for a decade now, pretending everything was okay, but always knowing in our heart of hearts that it had started out defective -- and then become shabby; tawdry even. The years had not diminished that suspicion; it only grew. The calendar was the enemy, inexorably pushing us toward our awful, cataclysmic decision. Some barren things become picturesque with time; the most austere patch of ground can adumbrate the most marvelous jumble of life in the garden, for instance; just a little attention and the riffling of the calendar can bring forth a bounty. All the time in the world couldn't save us. We know that now.

And so, despite the two children that sleep blissfully unaware down the hall, and the huge dislocation it would cause them, and all the time and effort we had sunk into the thing, trying to make what was wrong right- trying to cobble together the happiness of wedded bliss in the squalor of the situation we had conjured, we made our fateful decision:

Our bedroom would have to be painted. There was no way around it.
Posted by SippicanCottage at 11:07 AM

You're getting downright sadistic to us, your poor readers!

Come on, you two. (Pastor_Jeff amd pathmv.) Give the man a break. He's going to have to repaint his bedroom! This is a horrible event, I've seen the agony it can cause people, and I hope it never happens to me and my wife. shudder

Finally, someone understands my inner torment. Icepick, thank you.

Pastory Jeff is correct, of course, but I'm sure he laughed, so I am content.

Oh, for pete's sake. Stiff upper lip and all that. Don't be so tender.

At least you're not trying to wallpaper it together.

Whew. You had me on edge there. Note to self ... you can breathe now.

Word verification: goycccmm ... that's not some Mark Foley thing, is it?

Am I the only one who has noticed that the picture shows twin beds? I thought twin beds in a married couple's bedroom went out with Rob and Laura. Is your wife's name Lucy by any chance?

As far as the double bed thing, I remember it being explained thusly:

Depict double beds in movies and TV. If people are on the bed, one foot must be kept on the floor.

Yes, of course I laughed.

I also thought of you as the subject of an exchange between Burns and Smithers:

"Who's that goat-legged fellow? I like the cut of his jib."


And Pogo is right. My wife and I have repainted together. Very few marriages, however, are strong enough to survive wallpaper.